Senior NHS doctor, 39, nicknamed ‘The Creep’ by colleagues is struck off for groping female medics’ breasts, thighs and bottoms as they worked beside him at Shrewsbury hospital

A senior NHS doctor nicknamed ‘The Creep’ by colleagues has been struck off after groping the breasts, thighs and bottoms of female medics as they worked beside him.

Dr Mahendar Katarapu, 39, was said to have deliberately got close to victims when he should have been caring for patients at the Princess Royal Hospital in Shrewsbury, Staffs.

Some of the women were initially reluctant to report Katarapu who worked as a specialist registrar in General and Acute Medicine.

But he was sacked from the hospital after an inquiry began and a total six victims came forward.

One of the woman claimed Katarapu would wait outside a staff kitchen for her to go so he could hound her whilst another suffered panic attacks due to his advances and was later diagnosed with Post Traumatic Stress Disorder.

At the Medical Practitioners Tribunal Service in Manchester, Katarapu, who qualified in India, was found guilty of sexually motivated conduct towards five women and aggressive behaviour towards a sixth after being branded a ‘sexual menace’ by the General Medical Council. 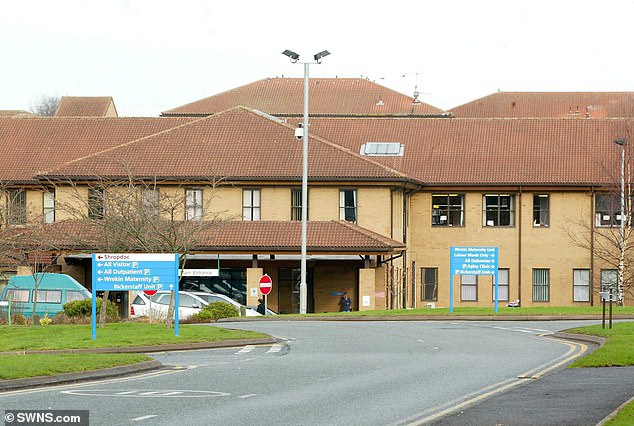 Dr Mahendar Katarapu, 39, was said to have deliberately got close to victims when he should have been caring for patients at the Princess Royal Hospital in Shrewsbury, Staffs, pictured

In 2018 he faced a crown court trial charged with sexual assault on four of the women but was cleared by a jury.

The incidents took place between August 2016 and February 2017 shortly after Katarapu, from Shrewsbury, joined the hospital staff on a year long contract.

A female Cardiac Physiologist at the hospital known as Ms A said the doctor touched her right breast with his left hand as she leaned over to reach the printer in an office.

He also stood in ‘close proximity’ to Ms A whilst she was sitting down, preventing her from standing up and dropped his shoulder to make contact with her arm as she walked past him.

In another incident he repeatedly bumped into her arm on a corridor and was said by a colleague to have been ‘visibly shaken, flustered and upset.’

A healthcare assistant known as Ms B said Katarapu would deliberately walk in ‘close proximity’ to her and whenever she held a door open for him he would lift his arm so his elbow would brush against her breast.

She said whilst in the sluice room on Ward 7 he barged directly into the right side of Ms B’s body, put his hand on her left wrist and ran it up her forearm, to her elbow.

He also tried to grope her breasts in front of a patient whilst she was helping him insert a cannula and later pressed the palm of his hand against bottom as he left a back office.

A third woman Ms D who worked as a physician associate said Katarapu placed his right hand onto her left thigh when he sat down next to her in a staff room.

In a separate incident he leant his body against her so it was ‘almost across her’ and then stood up when she tried to leave before leaning his chest and groin area against the front of her body.

A coronary care sister known as Ms E said Katarapu would ‘watch’ the staff kitchen between Ward 6 and Ward 7 and waited for her to go inside before brushing himself against her. She said he touched her hand as she was opening a cupboard to reach for a bottle of milk. 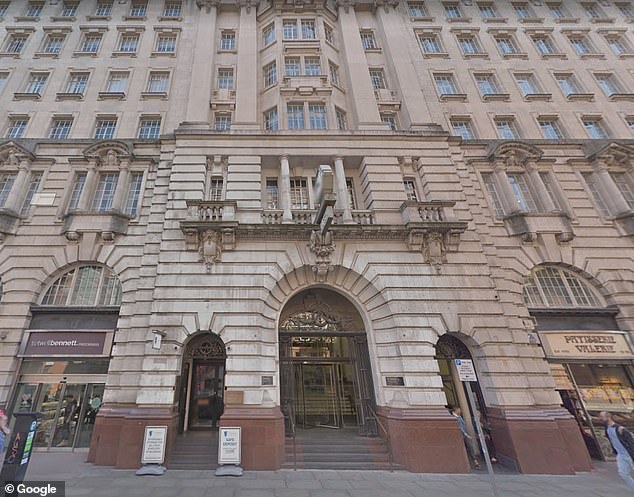 At the Medical Practitioners Tribunal Service in Manchester, pictured, Katarapu, who qualified in India, was found guilty of sexually motivated conduct towards five women and aggressive behaviour towards a sixth after being branded a ‘sexual menace’ by the General Medical Council

A trainee GP known as Ms F said Katarapu leaned over her whilst she was sitting in a chair in an office, put his hands either side of her arms and then rested them on the desk, causing her to ‘feel trapped.’ She said he put his face close to hers before firmly squeezing her shoulders.

Katarapu was suspended in February 2017 then sacked for gross misconduct the following July. He was found not guilty of wrongdoing at Shrewsbury Crown Court in January but was referred to the GMC. He denied molesting the women and initially claimed he was mistaken for another Asian doctor.

Nick Walker counsel for the GMC told the hearing: ‘Dr Katarapu is a sexual menace who preyed on women, intimidated staff members, was blatant in his conduct and showed a total disregard and lack of respect to women and those predominantly in a junior position to him.

‘He had only been employed at the hospital for six months but during this time, he embarked on a course of serious misconduct, aggression, arrogance and intimidatory behaviour towards these women. He had a cavalier approach to what he was doing.’

In erasing his name from the doctor’s register MPTS chairman Mrs Nessa Sharkett said: ‘Dr Katarapu targeted female members of staff and adopted a course of conduct in which he appeared to seek control over them whilst also attempting to make physical contact albeit in a seemingly clumsy or covert manner.

‘Over time, his confidence in his behaviour appeared to increase and his physical contact became more focused and deliberate. His conduct was directed exclusively towards female colleagues, all of whom were in a junior position to him.

‘It was unwanted, inappropriate and intimidatory conduct that increased in seriousness over time and which impacted negatively on all the individuals concerned.

‘By his actions and his failure to work collaboratively with these colleagues he created an environment of fear and discomfort to the extent that some of those concerned felt the need to modify their behaviour to avoid him.’

Katarapu did not attend the hearing.