The guy sitting next to me at the dinner party was a Heavy Topic Pontificator. He liked talking about big important stuff: politics, religion, the human condition. I’m more of a Trite Mindless Blatherer: if I’m out socialising, I prefer chatting about pointless lightweight fluff – oatmeal, post-nasal drip, how you can never suck on a musk Lifesaver all the way through. You have to bite right near the end. You can’t stop yourself. It’s the human condition. 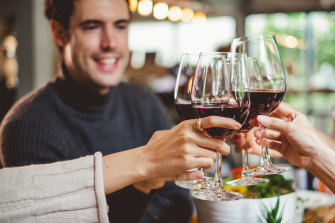 The danger of a dinner party is you don’t know who you will be stuck sitting next to. Credit:iStock

Neither of us wanted to be stuck next to each other all night, but there was no escape. We were trapped in a squished-up corner of the table – the only way out was to slowly slide down in our chair, crawl under the table to the other side, then sit next to someone else. And that might look a bit obvious. Feelings could get hurt.

So we both settled in for a long agonising evening of zero-connection whatsoever-but-alcohol-may-help-us-get-through-it-hoorah-for-alcohol. He sipped his wine and made an interesting point about how our bible stories were probably written by the QAnon conspiracy theorists of their day. I slugged down my beer and made a fascinating observation about front yards and how they’re often ugly and neglected – front yards should be spectacular-looking, they’re the friendly smile on the face of a house.

He gulped his wine and commented on right-wing news websites and how every ad is for erectile dysfunction pills and enlarged prostate treatments, which clearly reflects their user base. I skulled my beer and described a dream I had the other night where I ate a huge plate of cold chips with too much sauce – the whole plate, it took ages. He poured himself a big glass of wine.

Our mutual frustration was reaching breaking point – I was ready to slide down in my chair and make the long trek under the table to freedom on the other side. But then he plunged into a topic so heavy, I had to sit up and listen. He said “Oh, did you hear about the terrible kidnapping of those Nigerian schoolgirls? It was shocking! Apparently they were kidnapped by that brutal Islamic African terrorist group, Procol Harum.”

At first I thought I misheard him: did he actually say “Boko Haram”, the brutal Islamic African terrorist group? Or did he actually say “Procol Harum”, the British ’60s rock band who wrote the classic hit A Whiter Shade of Pale, and were now committing crimes against humanity, possibly motivated by unfair Spotify royalty deals? 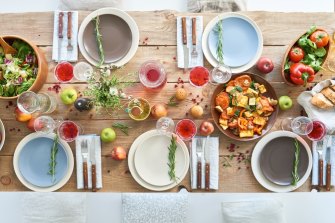 The guy kept going: “Yeah, Procol Harum are ruthless. But the Nigerian government have announced a crackdown. They’re going to use full military force to bring Procol Harum’s bloody insurgency to an end.” It was too late to correct him: after a three-time mistake, you have to let it go. So I sat back and enjoyed his lecture on a ’60s proto-prog-rock band’s reign of terror across central Africa (I called out for another drink, the hostess brought a tray).

And as he lectured, I mused on the irreparable schism between the Heavy Topic Pontificator and the Trite Mindless Blatherer. We don’t belong together, we’re different species. We should be invited to separate dinner parties, we should work in separate workplaces, we should travel in separate train carriages, Woking and Non-Woking.

Eventually the woman sitting on the other side of him stopped the show. She leaned in and said “Uhhh … sorry for interrupting. I couldn’t help overhearing. I think you mean Boko Haram. Procol Harum is a band. It’s Boko Haram.” And he mumbled “Of course. That’s what I meant. Boko Haram. Yeah.”

And his face, at first just ghostly, turned a whiter shade of pale.

Danny Katz is a Melbourne humorist.