Los Angeles: A Los Angeles Sheriff’s Department deputy betrayed the public trust when he shared pictures of the remains of Kobe Bryant with a bartender, a witness told a jury at a trial over the leaking of photos of the basketball star.

Rafael Mendez jnr was a customer in the Norwalk, California, bar two days after the helicopter crash that killed Bryant, his daughter and seven others. He told the jury he was disgusted when the bartender described the photos the deputy had shown him a few moments earlier, and said he filed a complaint to the Sheriff’s Department from the driveway of his home. 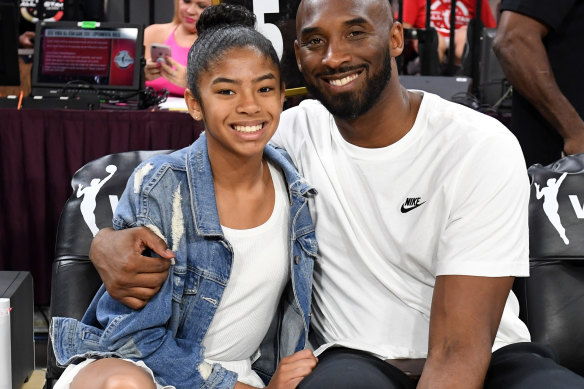 Kobe Bryant and his daughter Gianna were among nine people who died in the crash.Credit:Getty Images

“I felt I needed to do the right thing and let the Sheriff’s Department know what happened,” Mendez testified. “I was in disbelief of everything that I heard and I was angry.”

Bryant’s widow Vanessa and Orange County financial adviser Christopher Chester, whose wife and daughter were among those killed in the crash, are suing Los Angeles County for negligence and invasion of privacy. They’re seeking unspecified damages.

“Sheriff’s Department personnel abused their access to the crash site by taking and sharing gratuitous photos of the dead children, parents, and coaches,” Bryant said in her amended complaint, filed in March last year, in the Los Angeles federal court. 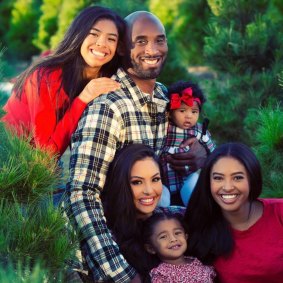 Vanessa Bryant posted this family portrait to Instagram to thank “the millions of people who’ve shown support and love during this horrific time” after the death of her husband, Kobe Bryant and their 13-year-old daughter Gianna. Credit:Instagram

The bartender, Victor Gutierrez, testified he didn’t recall much of the incident. He denied laughing with the deputy over the photos of the dismembered bodies, although the jury was shown a silent video from the bar in which the two men were gesticulating and laughing.

“Only a psycho would laugh” at such pictures, Gutierrez said.

In the middle of the bartender’s testimony, Vanessa Bryant broke down crying and was escorted out of the courtroom by her lawyer. She didn’t return.

The Sheriff’s Department had no policy on the sharing of photos from incident scenes prior to Bryant’s 2020 helicopter crash, a deputy testified earlier.

Reserve Deputy David Katz said that in his 32 years of service he wasn’t aware of any protocols covering such situations, though he said he personally wouldn’t share pictures depicting dead bodies.

The trial began on Wednesday US time, with opening statements from both sides to the jury of 10 people and testimony from Los Angeles Lakers general manager Rob Pelinka.

Among those still expected to testify are Los Angeles Sheriff Alex Villanueva and Vanessa Bryant.