MOSTAR, Bosnia (Reuters) – Divers hurled themselves from a 24-metre (79-ft) high Ottoman-era bridge in the Bosnian town of Mostar on Sunday, staging a centuries-old contest even though the COVID-19 pandemic prevented many visitors from coming. 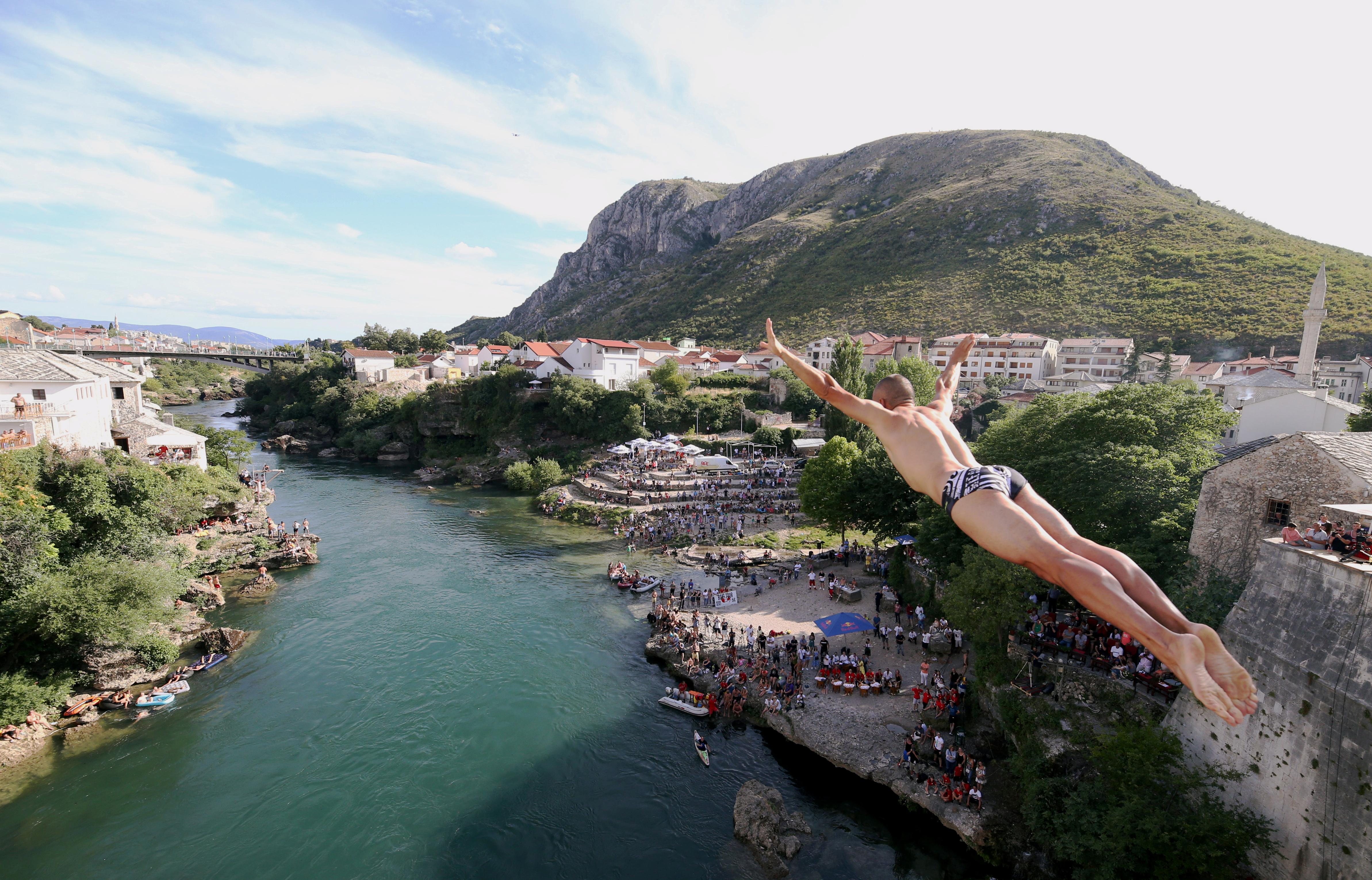 The picturesque southern town is famous for the high-dive competition at its Old Bridge, which was rebuilt in 2004 after it was destroyed by Bosnian Croat artillery during the Bosnian war in the 1990s, and has become a symbol of reconciliation.

The annual contest – which is thought to date back to the 15th century – is a big tourist attraction. The plunge from the bridge is also a traditional rite of passage for local youths.

Lorens Listo, organiser of the diving competition and a 13-time winner, said the number of competitors had not dropped significantly because many people were “craving” to compete.

“But the audience shrunk and there are no tourists in the city,” he told Reuters, pointing to empty streets that in previous years were packed with thousands of tourists who flocked to the town to watch the contest.

Under measures to curb the spread of COVID-19, only 100 people were allowed to watch the contest, from a fenced platform just bellow the white bridge which arches over the Neretva River.

After a strict lockdown, Bosnia has seen a spike in infections since the easing of restrictions at the end of June and the reopening of borders with neighbouring countries.

Harun Bojagoric, 17, a native of Mostar, was among 32 competitors in the diving contest. It was his first time, and nerves were jangling as he prepared to take the plunge.

“I hope to get to the second round,” he said. “But there is always anxiety.”