Like Christmas adverts and the start of the football season, the NHS winter crisis seems to come round earlier every year.

Health Secretary Steve Barclay says his department already needs ‘a real sprint’ to tackle the manifold problems down the track. If we have to wait for the installation of a new prime minister for decisive action, he adds, it will be ‘too late’ to solve them.

The warnings were inevitably followed by calls for more funding. To which the taxpayer, already suffering the highest tax burden for 70 years and facing a painful cost of living crunch, might reasonably ask: Will any amount of money ever be enough?

Few would dispute that NHS medical staff give an outstanding service, sometimes under enormous pressure. Their performance during Covid was heroic. But do they get the management they deserve – either from their own ‘suits’ or from Whitehall? 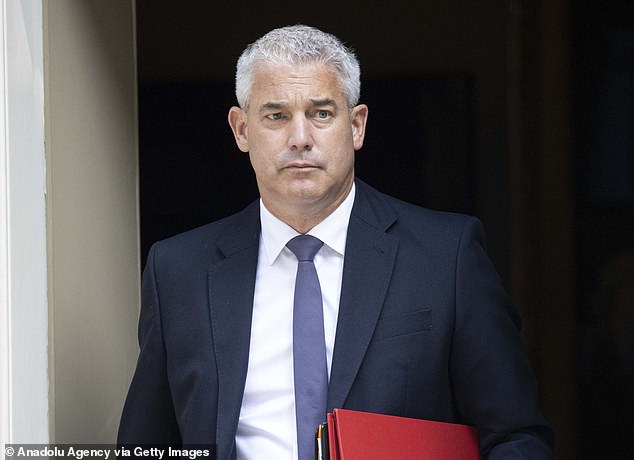 Instead of following a long-term strategy, the behemoth seems to limp from crisis to crisis at an eye-watering cost. The NHS budget is already increasing by £22.1 billion this year to £178.5billion. This includes about £18billion from the recent rise in national insurance.

But far too much of that money is used up on fire-fighting problems caused by structural flaws.

The chronic failures in training and recruitment, which mean £6billion a year has to go on locums to fill the gaps. Systemic inefficiency, with antiquated IT systems unfit for the modern age. A GP system creaking at the seams, leading to more patients flooding into already hard-pressed hospital A&E departments. And, of course, the post-Covid backlog has put 6.6million on the waiting list for treatment – including cancer and other acute patients.

Things are always worse in winter and a resurgence of flu or Covid this year could have grave consequences. But bigger and more sustained crises will arise unless someone truly grasps the nettle of reform.

The tedious blame game between medical unions, government, managers and patient groups must end. Only by working together will they come up with a strategy acceptable to all parties involved.

Healing the NHS is a massive challenge for the new PM. But until there is root-and-branch change, the poor taxpayer will be forced to throw ever more money into a bottomless black hole.

The Daily Mail’s revelation that strict police checks on foreigners living in Britain on long-stay visas have been secretly shelved raises troubling questions.

Quite apart from obvious security concerns, this registration scheme has long been the way we monitor the movements of those given temporary permission to reside here.

The Home Office says there are now digital methods of keeping tabs on the thousands of people concerned, who come from 44 states including Russia, China and Iran.

But some migration analysts believe it will cut off a vital source of intelligence, potentially making Britain less safe.

Brexit was supposed to be about strengthening controls over immigration. This abrogation makes it look as if we are going in the opposite direction.

How can he possibly get a fair hearing in this tawdry show trial? It was set up before he resigned. Now he’s going, it’s irrelevant and vindictive. The sooner it’s shelved, the better.