Cognac bottle that was made in 1762 – when Catherine the Great became empress of Russia – goes up for auction for £160,000 and experts say it should STILL taste good (new, news, live, unmod, BP)

One of the world’s oldest bottles of Cognac is expected to fetch an eye-watering £160,000 at auction after a mystery family kept it hidden in a cellar for years.

The 258-year old French brandy dates back to 1762, the same year Catherine the Great become empress of Russia.

It is one of just three lucrative Gautier Cognac 1762 bottles in the world to have survived since then, with experts promising that the brandy has ‘maintained its character’ and still tastes good.

The bottle has been ‘untouched for generations’ and spent the past 140 years hidden in a mystery family’s cellar, complete with its original label. 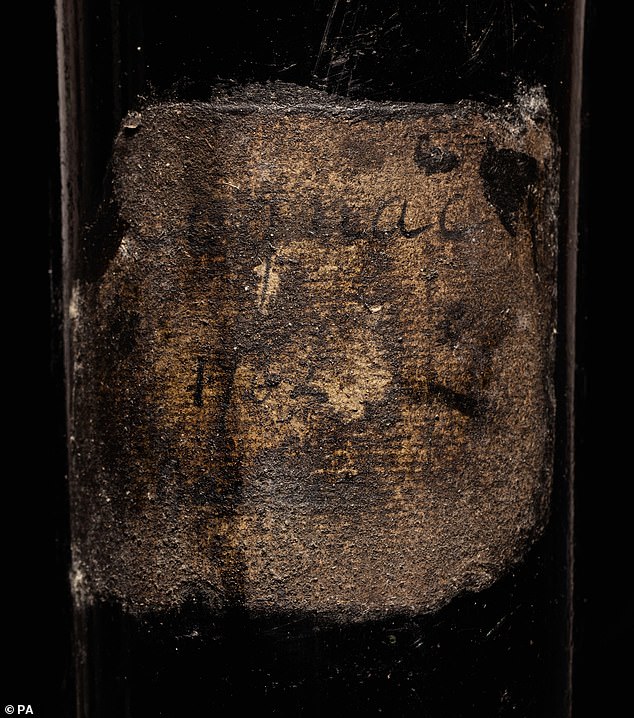 The frayed and worn original label of the 1762 spirit remains in tact on the bottle, which has only been opened once and expects to fetch up to £160,000 at auction

The sellers’ 19th century ancestors adopted a son who later went to work in the Cognac region of France.

He was forced to return in 1880 after an insect infestation wiped out vineyards and wine production across mainland Europe, and put him out of a job.

The man was given a ‘huge cart full of bottles of Cognac’ as a form of payment, which was ‘quite normal’ in that era, Sotheby’s spirits specialist Jonny Fowle said.

The bottles were already ‘very old’ even back then so the family decided to keep three as heirlooms.

The ‘Petite Soeur’ is the smallest of the trio and is currently on display at Maison Gautier in Cognac.

The auctioned spirit was first opened in 2014 and has maintained a ‘really good’ condition’, Fowle added, with very little evaporation.

Most bottles of Cognac last just six months after they’ve been opened.

‘We can assume the alcohol level in it is pretty high and that would have acted as a preservative for hundreds of years. The liquid in the bottle would have maintained its character’, he added.

The Cognac will go under the hammer at Sotheby’s online sale which is open for bidding between 14 May and 28 May.

Other items up for auction include a whisky expected to fetch £100,000 and all items are expected to reach a total £1.1 million.