Victoria’s hesitation about reopening its borders to international students risks extending the university sector’s multibillion-dollar economic slump for another year as prospective students choose other countries to study, a university boss has warned. 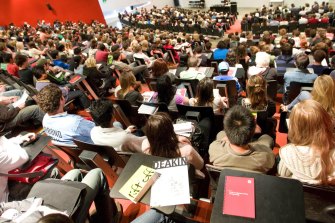 But the state government’s silence on a plan was already beginning to lead some students, particularly in India, to look to study in the northern hemisphere when the academic year there starts later this year.

“The community scars of the second wave last year are writ large, particularly in Melbourne, and that is why I think [we need] to do this in a calm and considered way … so that we’re coming with a shared plan, but it is now time to accelerate that,” Professor Martin said.

His plea was echoed by the Victorian Chamber of Commerce and Industry and the City of Melbourne, which called for state and federal governments to commit to a pilot program to see students return in semester two this year.

International students contributed $13.7 billion to Victoria’s economy in 2019, making it the state’s biggest export industry. About one in every three overseas students in Australia was enrolled at a Victorian university. 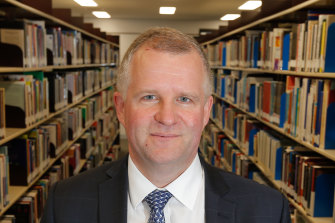 But Professor Martin said Victoria had been slower than some other states – most notably NSW, which detailed its plan last week – to articulate a plan for their return.

The Age revealed on Thursday that Deakin is one of four Victorian universities, along with Melbourne, Monash and RMIT, holding behind-the-scenes talks with the state government about resuming the flow of international students into Victoria.

But there is growing anxiety within the university sector about the lack of a breakthrough on the issue.

Any return is contingent upon the state presenting its plan to the Commonwealth, along with a guarantee that arriving students will not be brought here at the expense of places for returning Australians.

One plan universities have explored would be modelled on the Australian Open, where tennis players stayed in city hotels in a scheme run by state agency COVID-19 Quarantine Victoria.

Professor Martin said that was just one proposal. Another, involving Avalon Airport as a more remote quarantine base, could also work well.

But he said time is running out for the state to settle on a plan and tell the world about it, so that overseas students know there is a pathway for their staged return.

“I don’t want to leave this sitting for another six months without an articulated pathway because I think that will push the recovery back probably another full 12 months,” he said.

The disruption to the flow of students caused by Australia’s border closure in response to the COVID-19 pandemic has cost the state $5.95 billion, analysis by Victoria University’s Mitchell Institute shows.

The Victorian Chamber of Commerce and Industry said the state was at risk of losing market share to international rivals.

In a pre-budget submission, VECCI urged the government to commit to a return strategy by mid-year, at a cost of $100 million.

“We need to see a plan, and that plan needs to be signalled, flagged and marketed to international students before the end of June,” chief executive Paul Guerra said.

“Both Canada and the UK start to come online then, and if students choose to go to Canada or the UK, we’ll lose them for another 12 months.”

Acting Premier James Merlino again insisted the key roadblock was the federal government’s rejection of Victoria’s proposal to bring in groups of people who provide economic benefit to the state.

“The first hurdle is getting agreement from the Commonwealth to have a proportion of travellers be economic cohorts,” he said on Thursday.

“We want to see international education return. We’re not closing the door on this issue.”