HONG KONG/BEIJING (Reuters) – Chinese state media called on Beijing on Wednesday to deal with protests in Hong Kong more decisively after a reporter from one of China’s largest government-backed newspapers was caught up in overnight clashes.

Ten weeks of increasingly violent clashes between police and pro-democracy protesters, angered by a perceived erosion of freedoms, are posing one of the biggest challenges for Chinese President Xi Jinping since he came to power in 2012.

Demonstrators and riot police clashed at Hong Kong’s airport late on Tuesday after flights were canceled for a second day. Protesters at one point held a man who Chinese media have said was a reporter from China’s Global Times newspaper.

A front-page commentary on the overseas edition of the Communist Party’s official People’s Daily newspaper said on Wednesday Hong Kong had reached a critical juncture.

“Using the sword of the law to stop violence and restore order is overwhelmingly the most important and urgent task for Hong Kong!” it said.

Another commentary by a Shenzhen University researcher, published by the China Daily, said the central government should deal with Hong Kong issues more decisively.

Demonstrators say they are fighting the erosion of the “one country, two systems” arrangement that enshrined some autonomy for Hong Kong after China took it back from Britain in 1997.

U.S. President Donald Trump said on Twitter overnight the Chinese government was moving troops to the border with Hong Kong and urged calm.

However, Chinese state media has stopped short of calling for military action to deal with the protests.

Police said a large group at the airport had “harassed and assaulted a visitor and a journalist”. Some protesters said they believed one of those men was an undercover Chinese agent, while another was confirmed as a reporter from China’s Global Times, a tabloid published by the People’s Daily.

The incident involving the reporter, named by his newspaper as Fu Guohao, has particularly hit a nerve, with the reporter’s name trending as a hashtag on the Twitter-like Weibo on Wednesday.

A short video clip of Fu, with his hands tied behind his head, has also gone viral on WeChat, China’s ubiquitous messaging system, and Weibo. “I support Hong Kong police, you can hit me now,” Fu yells in the clip.

Netizens shared stylized images of Fu with the quote, as well as one posted by Global Times that read “Shame for Hong Kong.”

One of the most widely circulated images came from a comic artist, Shituzi. He drew an image of a man with his hands tied and Fu’s words, posting on Weibo, “I’m so angry I can’t sleep, you can share this image without any attribution.”

Fu’s words were even made into a t-shirt, sold for 98 yuan ($13.98) on Alibaba’s online shopping platform Taobao.com.

“He’s a real man, our homeland and citizens will remember you,” said one user on Wechat, commenting on the clip posted by Global Times.

“Fu Guohao is a real hero!” said another.

In the early weeks of the Hong Kong protests, little news or footage made their way into the mainland through official channels as censors worked to remove any mentions of the demonstrations. Hong Kong now dominates the news in the mainland.

On Monday, it said a female protester, who was hit by a pellet round in the right eye during clashes with the police, had been blinded by a fellow protester although there have been conflicting claims online over how she got hurt. On Wednesday, it showed interviews with stranded travelers at the Hong Kong airport.

Online, official media has also posted messages of support for the Hong Kong police, describing what was happening in the city as “a shame”. Such posts were the most-discussed topics on China’s social media platforms on Wednesday.

“We support the Hong Kong police too!” said a post on the People’s Daily’s official Twitter-like Weibo account that was reposted more than 500,000 times.

Netizens have been closely watching what Beijing might do next after China this week condemned some protesters for using dangerous tools to attack police and said the clashes showed “sprouts of terrorism.” 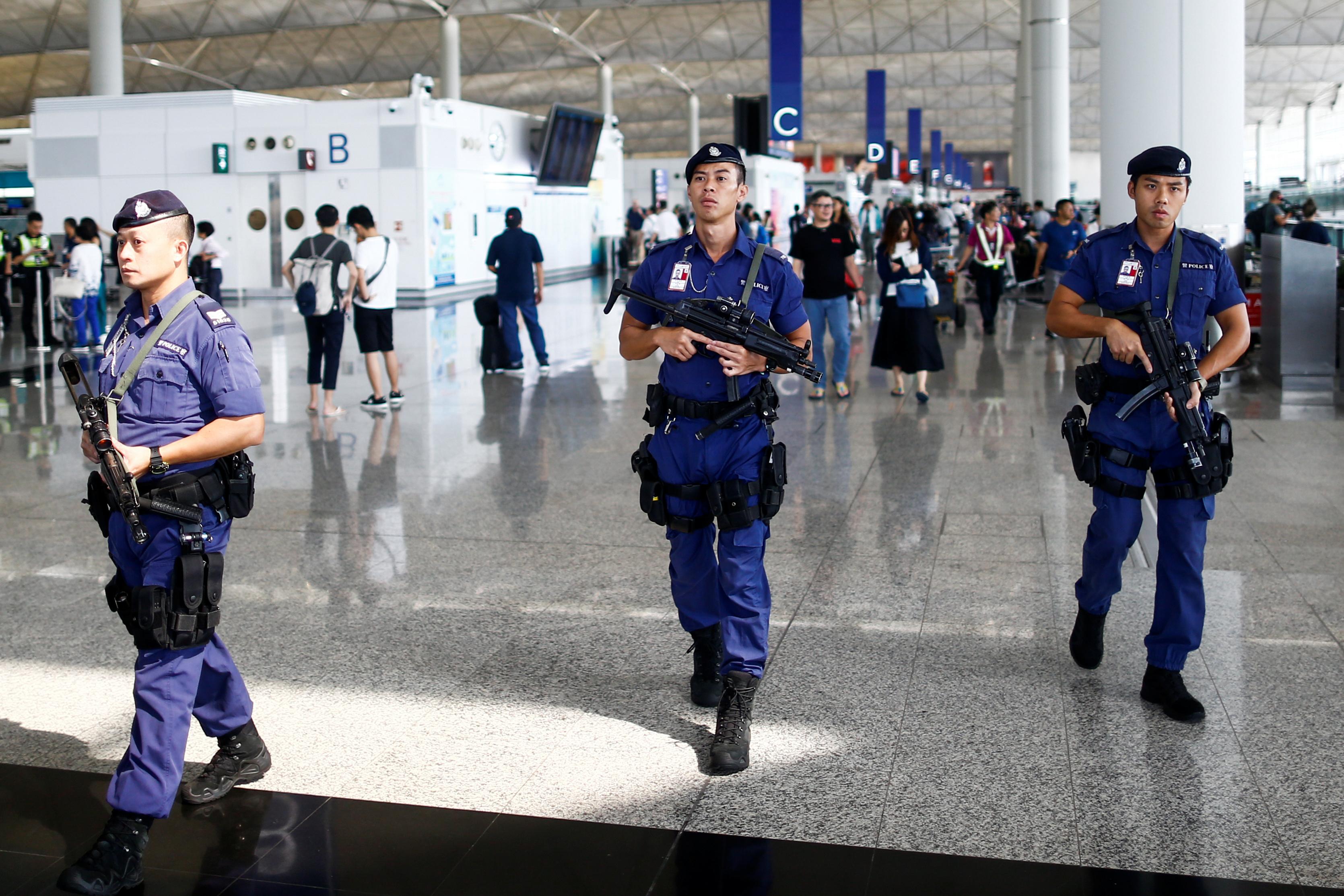 The Global Times reported on Monday that China’s People’s Armed Police assembled in the southeastern city of Shenzhen, fuelling speculation of a possible intervention in Hong Kong.

Some reactions on China’s social media platforms called for Beijing to intervene while many others urged calm.

3 things to do today

1 TRY: Burpees or jump squats at home Heading into yet another week of telecommuting? That is no excuse for

‘Out of character’: Burnt car clue to elderly pair missing in Alps

John Prine in Critical Condition After Being Hospitalized Due to Coronavirus

John Prine is in critical care. The 73-year-old country singer-songwriter’s official account provided an update on Sunday (March 29). “After

Calgary police are looking for four suspects after a violent assault in the Killarney neighbourhood last month. On Feb. 27

Trump says Harry and Meghan must pay for security