BEIJING (Reuters) – China warned students and academics on Monday about risks involved in studying in the United States, pointing to limits on the duration of visas and visa refusals, amid a bitter trade war and other tension between the two countries. 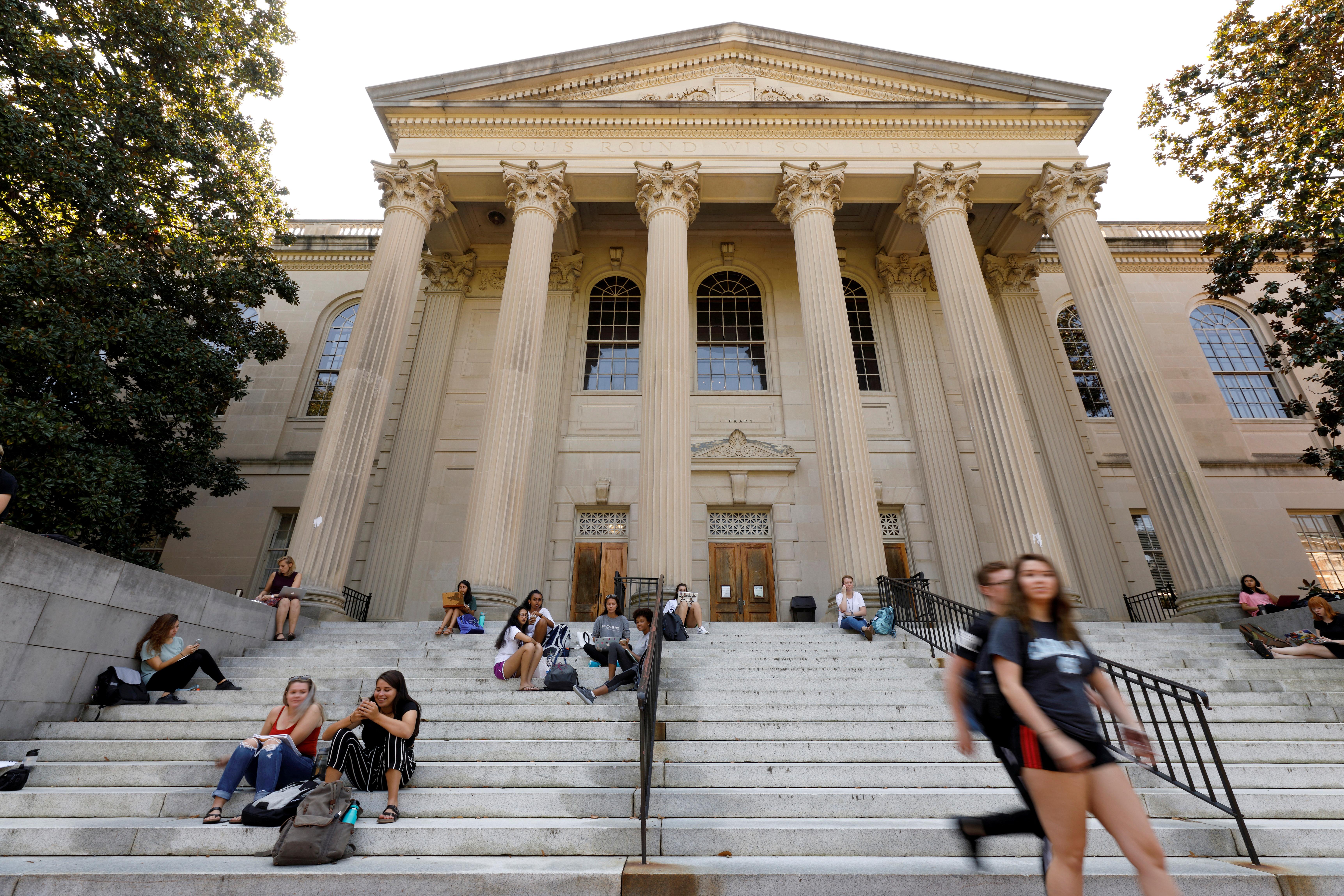 Relations between China and the United States have nosedived because of their trade conflict, U.S. sanctions on Chinese tech firm Huawei Technologies Co Ltd and tension over the disputed South China Sea and U.S. support for Chinese-claimed Taiwan.

The Ministry of Education, in a short statement, said that recently some students seeking to study in the United States had encountered problems with the duration of their visas being limited and an increase in visa refusals.

“This has affected Chinese students going to study in the United States or smoothly completing their studies,” it added.

However, state television cited ministry spokeswoman Xu Mei as saying despite the trade tensions, the “general situation” for Chinese students going to the United States remained stable, and U.S. institutes of higher education welcomed Chinese students and cooperation with China.

The ministry declined to offer any other details when contacted by Reuters.

At stake is about $14 billion of economic activity, most of it tuition and other fees generated annually from the 360,000 Chinese nationals who study in the United States.

Hu Xijin, editor of the widely read Chinese newspaper the Global Times, linked the warning to recent discrimination against students faced and the trade dispute.

“This warning is a response to recent series of discriminatory measures the U.S. took against Chinese students and can also be seen as a response to the U.S.-initiated trade war,” Hu wrote on his Twitter account in English.

The warning quickly became a top trending topic on China’s Weibo microblogging site, with some people expressing concern about going to the United States and others saying they would just go to other countries.

“This is really scary,” wrote one user.

“The world is so big, why do you have to go to the United States?” wrote another.

Last year, China’s embassy in Washington issued a security advisory to Chinese nationals traveling to the United States, warning tourists to be aware of issues including expensive medical bills, the threat of public shootings and robberies, and searches and seizures by customs agents.

A group of U.S. President Donald Trump’s fellow Republicans in Congress introduced legislation last month intended to prohibit anyone employed or sponsored by the Chinese military from receiving student or research visas to the United States.

The bill would require the U.S. government to create a list of scientific and engineering institutions affiliated with China’s People’s Liberation Army, and prohibit anyone employed or sponsored by those institutions from receiving the visas.

The bill comes as some U.S. officials have expressed concern about the possibility of the theft of intellectual property or even espionage by Chinese nationals at U.S. universities and other institutions.

Many U.S. and university officials also warn about over-reacting, however, arguing it is important to acknowledge the important role Chinese scholars and students play at U.S. institutions while being aware of security risks.