SHANGHAI (Reuters) – The death toll from a new coronavirus in mainland China jumped by 73 to 563 on Thursday, its third consecutive record daily rise, as experts intensified efforts to find a vaccine for a disease that has shut down Chinese cities and forced thousands more into quarantine around the world. 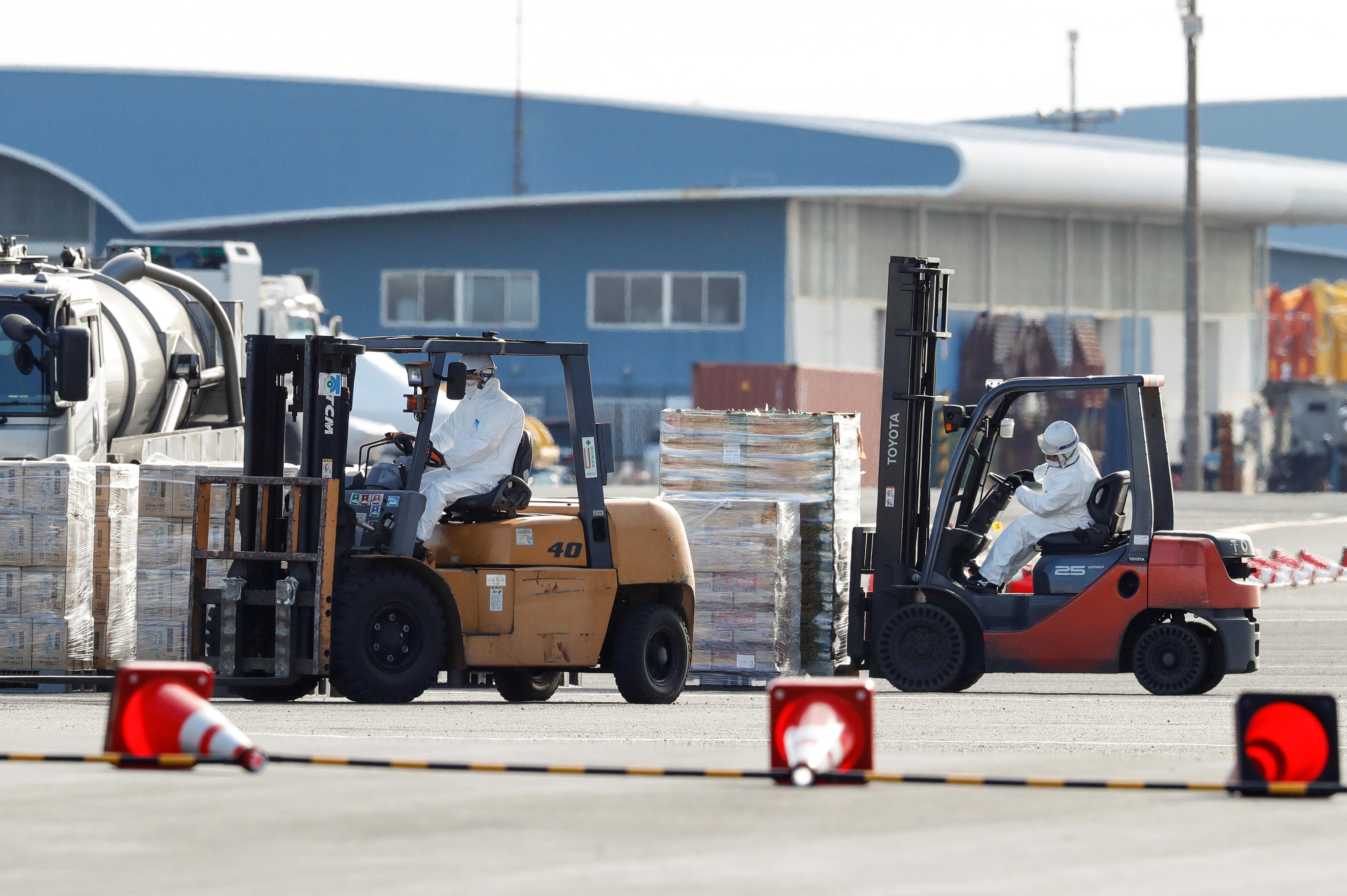 Hubei province, the epicenter of the epidemic, reported 70 new deaths on Wednesday and 2,987 new confirmed cases – more than 80% of the total reported by Chinese authorities. The other fatalities were in Tianjin city, the northeastern province of Heilongjiang and Guizhou province in the southwest.

Hubei province in central China has been in virtual lockdown for nearly two weeks, with its train stations and airports shut and its roads sealed off. The flu-like virus was first identified in Hubei’s provincial capital of Wuhan and is believed to have originated at a seafood market in the city.

There have been two deaths outside mainland China – in the Philippines and Hong Kong – both involving people who had been to Wuhan where more than 400 people have died.

Hundreds of foreigners have been evacuated from Wuhan and placed in quarantine centers around the world, and thousands of passengers and crew were in lockdown on two cruise ships in Asian waters.

Ten more people on a cruise liner in the Japanese port of Yokohama, south of Tokyo, tested positive for the coronavirus, the Japanese health ministry said, bringing the total number of cases on board to 20.

About 3,700 people are facing at least two weeks quarantined on the ship after an 80-year-old Hong Kong man who traveled on it late last month tested positive.

“We are hopeful that the U.S. government will be sending transport for the Americans on board,” Gay Courter, a 75-year-old American novelist aboard the ship, told Reuters.

“It’s better for us to travel while healthy and also if we get sick to be treated in American hospitals.”

In Hong Kong, 3,600 passengers and crew were confined to their ship docked in the city for tests after three people on board had tested positive earlier.

In the United States, another 350 American evacuees from Wuhan were placed under quarantine at two military bases in California, bringing to nearly 400 the number of people subject to the U.S. Centers for Disease Control and Prevention’s (CDC) first public health quarantine in 50 years.

“We are in a critical time period in the international spread of the virus, and this action is necessary to try to prevent the spread here,” said Dr. Christopher Braden, deputy director of the CDC’s National Center for Emerging and Zoonotic Infectious Diseases.

More than two dozen airlines have suspended or restricted flights to China and several countries, including the United States, have banned entry to anyone who has been in China over the previous two weeks.

Hong Kong said all visitors from mainland China would be quarantined for two weeks, while Taiwan extended a ban on entry to foreigners who had been to mainland China in the past 14 days to include those from Hong Kong and Macau as well.

SEARCH FOR A TREATMENT

Hundreds of experts will gather in Geneva next week, on Feb. 11-12, in an attempt to find a way to fight back against the outbreak by speeding research into drugs and vaccines, the World Health Organization (WHO) said. A multinational WHO-led team would go to China “very soon”, it added.

Asked about reports of “drug breakthroughs”, WHO spokesman Tarik Jasarevic said: “There are no known effective therapeutics against this 2019-nCoV (virus).”

While most people infected with the virus recover quickly with only mild symptoms, the virus can lead to pneumonia and other severe respiratory illnesses. It is still too early to know what its death rate will be, since there are likely to be many cases of milder disease going undetected.

China’s National Health Commission said another 3,694 coronavirus cases were reported throughout the country on Feb. 5, bringing the total to 28,018. It was the first day in over a week since testing rates stabilized that new daily cases in China have gone down.

There were 258 cases reported in 31 other countries and regions outside mainland China, according to a Reuters tally based on official statements.

China has bristled at some international measures to shut off borders to Chinese travelers.

“The Chinese people are using all their strength to fight the epidemic and we are fully confident and capable of winning the battle of epidemic prevention and control,” Chinese Vice Foreign Minister Le Yucheng said, according to a ministry statement.

Many analysts cut their growth outlook for the Chinese economy as the epidemic spread, but global markets have stabilized in recent days on central bank stimulus measures and media reports of “breakthrough” drugs.

Fitch Ratings said a shock to China’s services sector and industrial output similar in scale to that from SARS – another coronavirus originating from China that killed almost 800 people in a pandemic in 2002-2003 – would cut its first-quarter economic growth to around 4% year-on-year, from 6% in the last quarter.

China’s major trading partners are also worried about the impact on their economies, particularly sectors such as tourism and education. 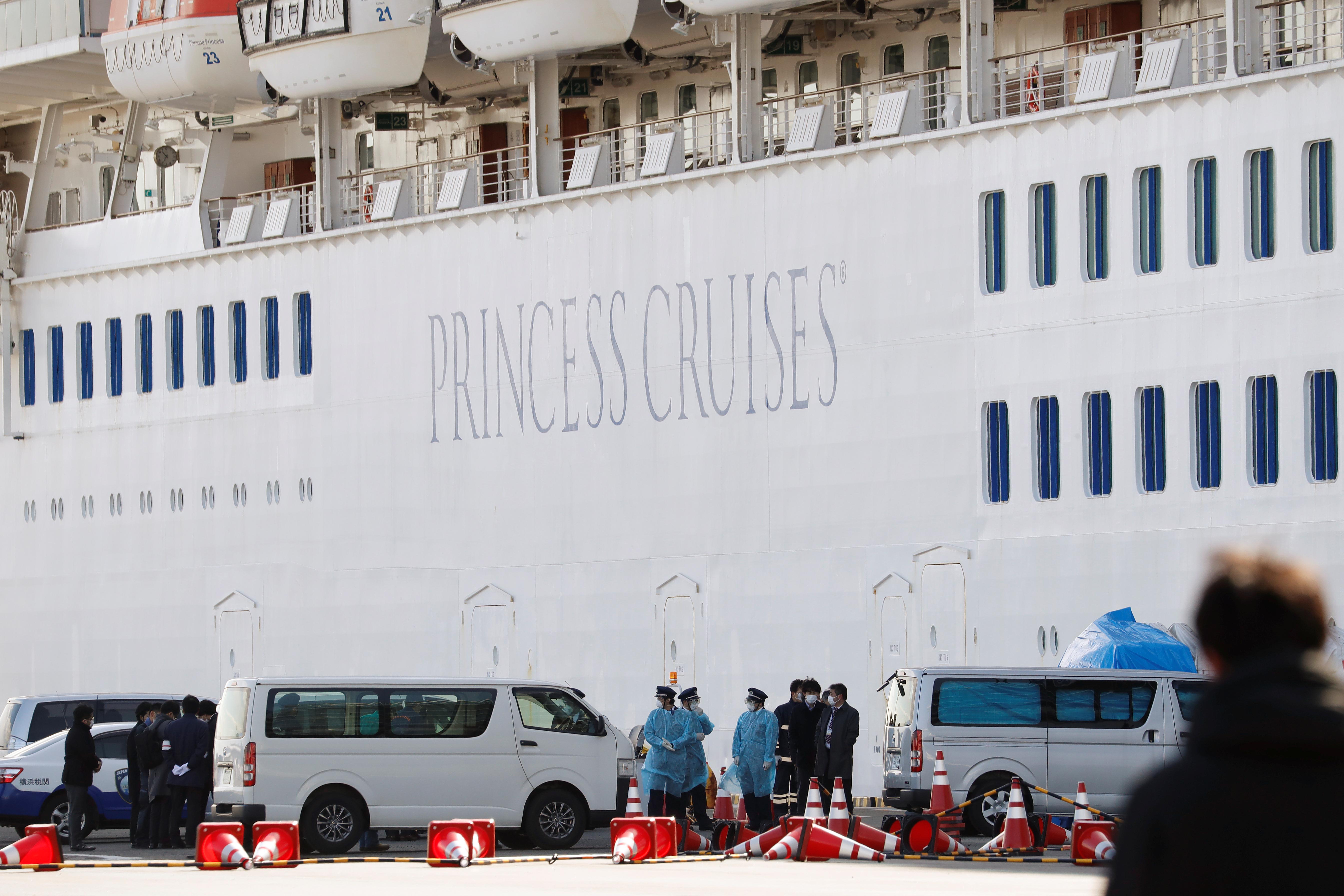 Top U.S. officials have said the benefits of a new Phase 1 trade deal with China could be delayed as a result of the virus, and Australian Prime Minister Scott Morrison on Thursday said the economic fallout on Australia was likely to be “significant”.