Fears of an all out conflict exploded on Monday after aides of Philippine President Rodrigo Duterte denounced Beijing’s alleged territorial incursions. Hundreds of China’s boats risked harming diplomatic links between the two countries and creating “unwanted hostilities,” according to Mr Duterte’s legal counsel.

The ships anchored themselves in waters close to the Whitsun Reef last week, which is part of the Spratly Islands archipelago.

Both nations claim sovereignty over the reef, with Manila asserting that it falls within its exclusive economic zone.

Mr Duarte’s lawyer, Salvador Panelo condemned Beijing’s stay in the disputed region and warned they could lead to “unwanted hostilities that both countries would rather not pursue”.

He added in a statement: “We can negotiate on matters of mutual concern and benefit, but make no mistake about it – our sovereignty is non-negotiable.” 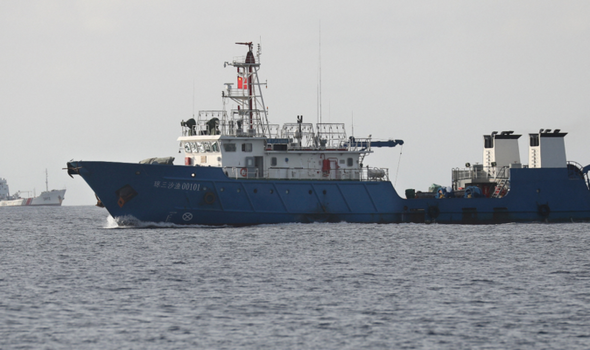 The Philippines president’s spokesman, Harry Roque, also addressed the tensions during a news conference, expressing hopes that both countries will come to an agreement.

He said: “We will not give up even a single inch of our national territory or our exclusive economic zone (EEZ) and we hope that the friendly relations will result in the peaceful resolution of this latest impasse.”

On Sunday, the Philippines’ Defence Minister Delfin Lorenzana warned that China had plans to occupy and assert its dominance over more regions in the South China Sea.

Mr Lorenzana said: “The continued presence of Chinese maritime militias in the area reveals their intent to further occupy (areas) in the West Philippine Sea. 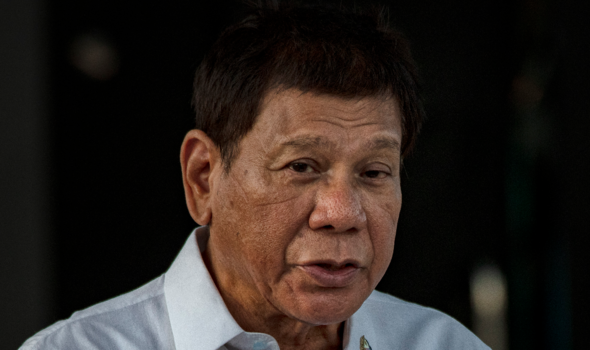 “They have done this (occupy disputed areas) before at Panatag Shoal or Bajo de Masinloc and at Panganiban Reef, brazenly violating Philippine sovereignty and sovereign rights under international law.”

The minister pointed out that that 44 Chinese vessels still remained in the region despite much improved weather conditions.

He added: “I am no fool. The weather has been good so far, so they have no reason to stay there.”

The Chinese Embassy in Manila hit back at Mr Lorenzana’s remarks, claiming it was “completely” normal for fishing boats to seek shelter from rough seas in waters near the reef.

They added: “Nobody has the right to make wanton remarks on such activities.”