THIS is the chilling moment a killer runs down the street brandishing a huge hunting knife on his way to murder a gang rival.

Kamil Sohal, 23, was one four who chased and stabbed to death 22-year-old Osvaldo de Carvalho in Acton, West London. 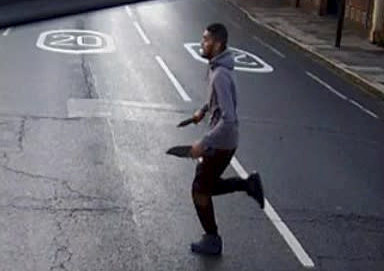 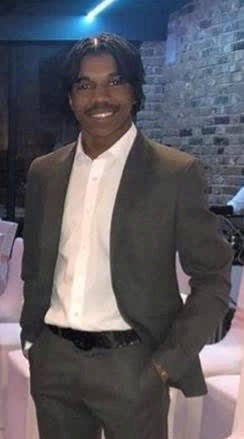 In the shocking image, Kamil Sohal, can be seen "brazenly" wielding the blade as he ran to stab the defenceless victim as part of an ongoing feud.

He had been called to the scene by his brothers Sukhminder Sohal, 25, and Michael Sohal, 28. All three were sentenced to life for murder.

Osvaldo was cornered and stabbed multiple times with the fatal blow, to his back, so deep it almost passed through him.

The brothers' pal Antoine George, 24, of Northolt, West London, was sentenced to nine years imprisonment for manslaughter at the sentencing at Croydon Crown Court.

The court heard that the four men and Osvaldo had been involved in an ongoing dispute.

When Sukhminder and Michael Sohal met Osvaldo and two of his friends in Twyford Gardens on the night of September 24, 2019, they called their brother, Kamil, for support and reinforcement.

On receiving this call, Kamil grabbed a large hunting knife which he brandished as he ran along the Uxbridge Road to the scene from his home nearby.

George, who had also been in the house, went with Kamil to the scene of the dispute. 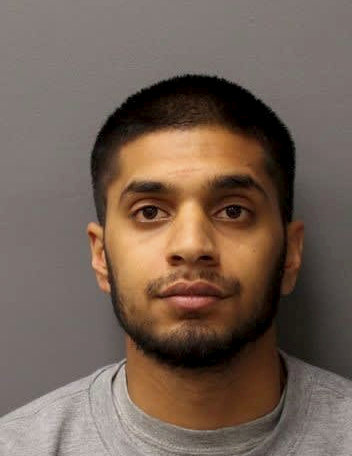 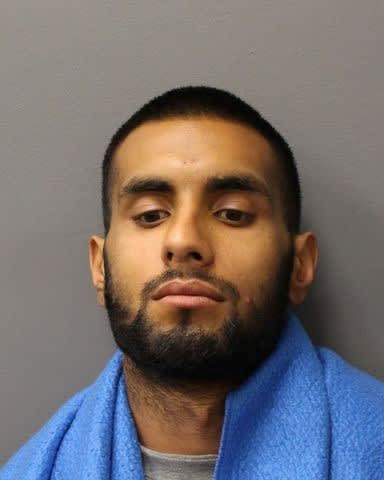 After his arrival, and following a brief chase, the three in the victim's group ran from the scene. The two friends head one way, and Osvaldo ran into West Lodge Avenue.

Witnesses described him being chased by a group of men, some armed with knives.

When they caught up with him, they surrounded him and stabbed him, and then ran off leaving Osvaldo lying on the ground dying, the court heard.

The three brothers left the scene and returned to Kamil's address. George left the area in a car which had been parked on the driveway outside Kamil's flat.

A post mortem examination revealed that Osvaldo had been stabbed several times, including a deep wound to his left leg which would have been caused by significant force.

The fatal wound was to his back and was so deep the blade nearly passed through his body. 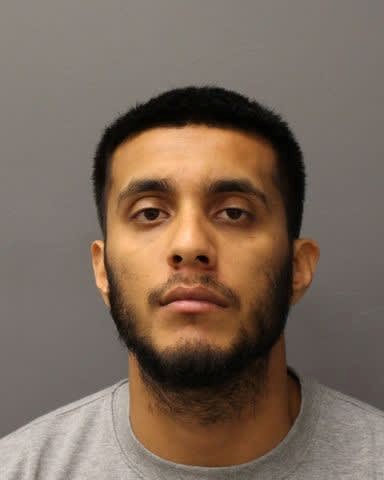 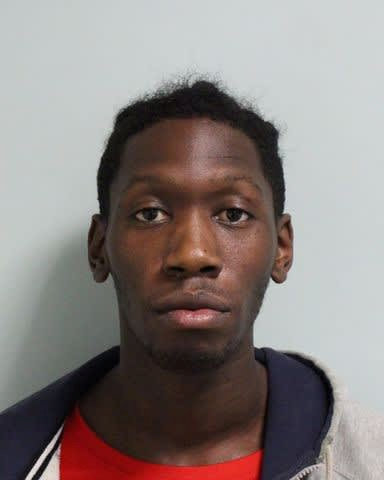 In a bid to cover their tracks, later that evening Michael and Sukhminder set fire to the clothes they had been wearing at the time of the stabbing.

A police investigation found that on the day of the murder, George and Sukhminder Sohal went to a shop in Hounslow that sold knives and purchased the weapons used before taking them to Kamil's flat. However, those weapons were never recovered.

The four men appeared at Croydon Crown Court on April 29.

Kamil Sohal, of Uxbridge Road, Acton was sentenced to life with a minimum term of 22 years in prison.

Sukhminder and Michael Sohal, both of Lockwood Road, Southall, each received life sentences with minimum terms of 19 years.

A fourth man, Karim Azab, 25, was found not guilty of murder and manslaughter.

Speaking after the sentencing, DCI Tunstall, from Met Police, said: "This is a particularly tragic case which cost the life of a young man.

"We know there had been previous hostility between these two groups and sadly that culminated in the events that unfolded that evening.

"The Sohal brothers had no qualms about arming themselves and – in Kamil's case – running down a busy main road waving the weapon around in full view of all those around.

"They then subjected Osvaldo – who had no chance of defending himself – to a brutal and sustained attack.

"Osvaldo's family, I hope, can find some comfort to their pain, knowing that his attackers have now been given lengthy prison sentences.

"Knife crime has a huge, terrible impact on our communities and I hope the sentencing today reflects the seriousness with which violence of this kind will be taken, and deters potential offenders from carrying dangerous weapons.

"Reducing violent crime in communities across London continues to be the Met's top priority.

"We are working tirelessly – day and night – to take weapons off the street, engage and reassure the public, and keep our communities safe."