A YOUNG girl, aged between 11 and 13, playfully picks up her little sister and holds her naked body up to the camera.

It is just one example of a horrific new pattern of online abuse, in which paedophiles manipulate children to engage in sexual activity with their siblings. 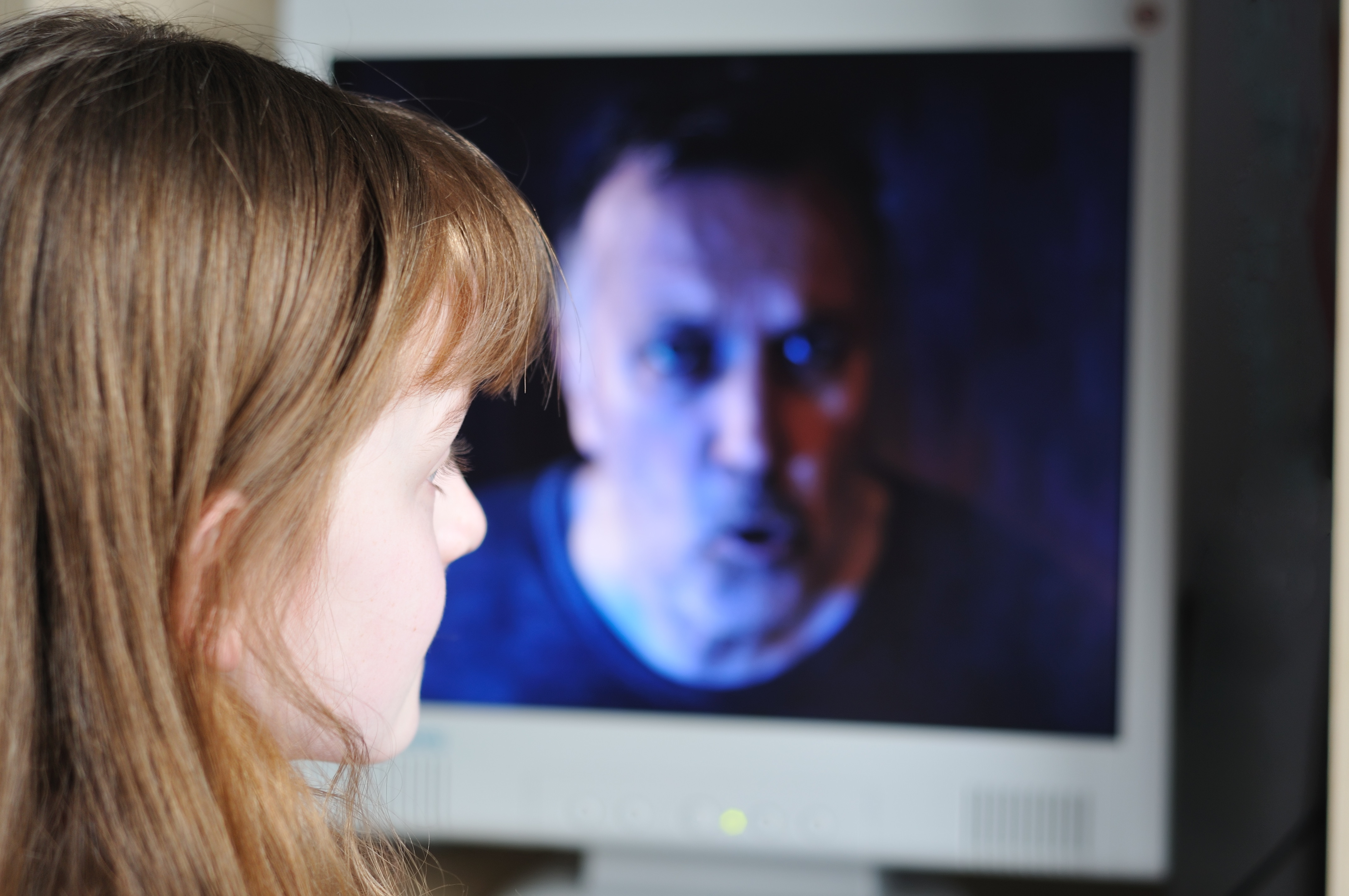 Prior to showing her sister to the camera, the older girl is seen interacting with someone on a computer or tablet.

“It’s not one sibling preying on the other,” explained an analyst at the Internet Watch Foundation which identified the sick trend. “The child has been groomed or incited to do this. It’s not something they want to do.”

And with the pandemic forcing more children to spend more hours at home and online rather than at school, the problem has been exacerbated.

During the first 15 weeks of the pandemic, the IWF saw a 50 per cent increase in reports of illegal web content.

Susie Hargreaves, CEO at IWF says: “Prior to the first lockdown, the police believed 100,000 perpetrators were online at any one time. That increased to 300,000 when we went into lockdown.” 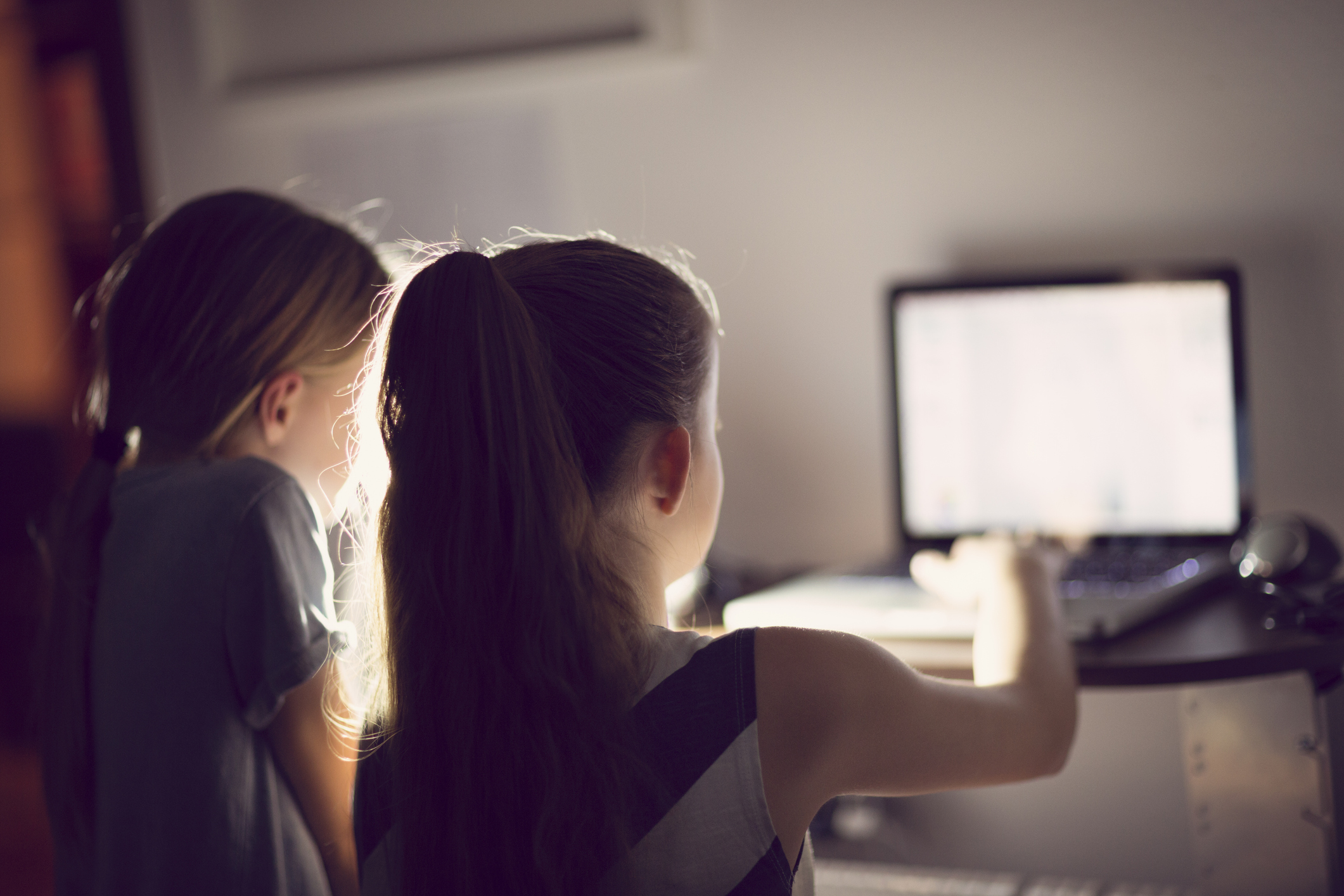 Over a period of three months, from September to December 2020, the IWF discovered 511 “self-generated” child sexual abuse images that involved siblings, some as young as three years old.

That works out at an average of eight images or videos every working day during that period.

Sickeningly, 46 per cent of those were classed as Category A, which is the worst kind possible, containing “images involving penetrative sexual activity.”

Here, we warn of the sick techniques predators use to gain youngsters' trust and how parents can help protect their kids and talk to them about the dangers. 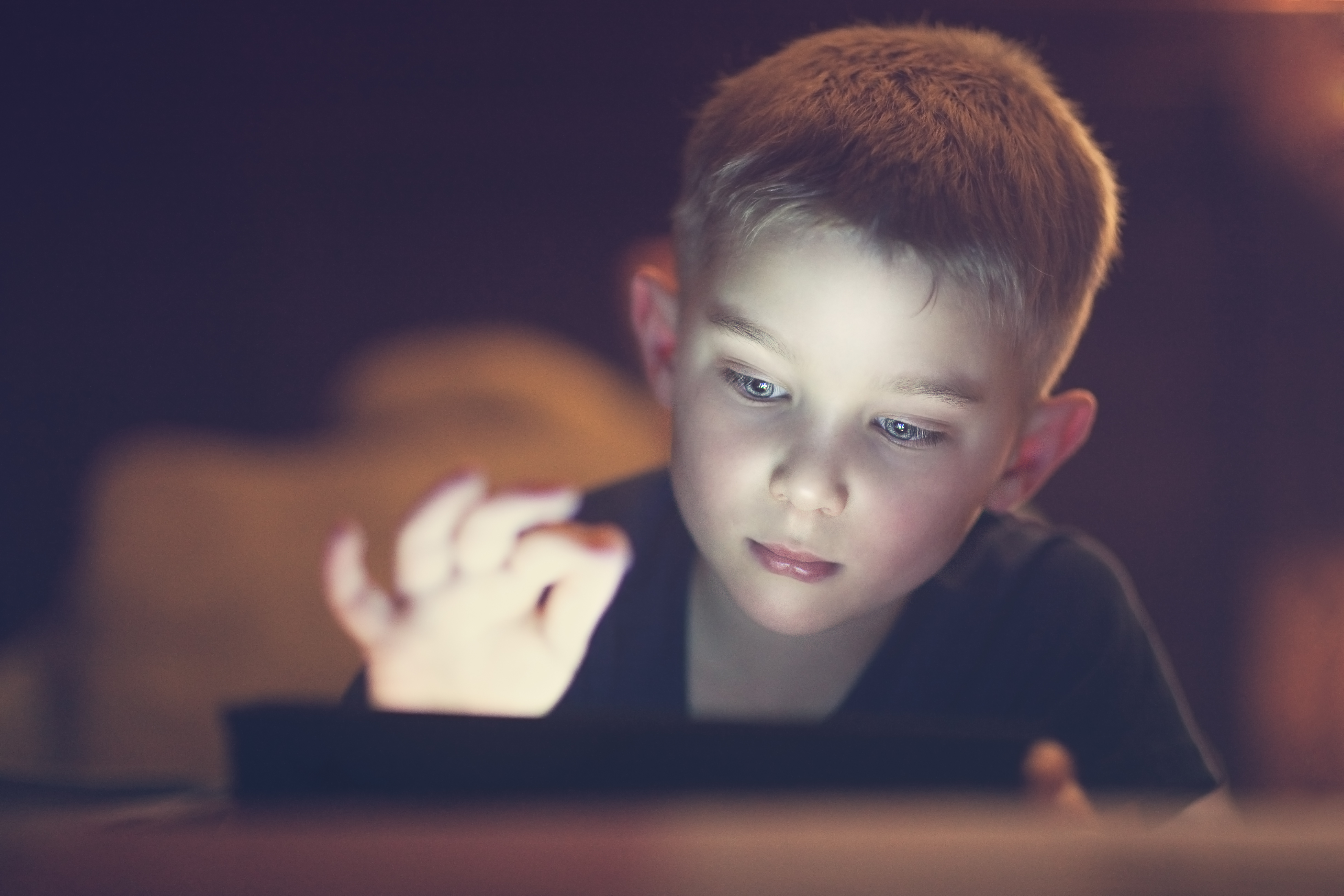 The IWF said it was clear that these children were being “manipulated or coerced” into such activity by adults via a live stream.

The videos and snapshots were then shared on a variety of different web platforms.

In another example, the analyst known only as Isobel, saw a brother and sister aged between three and six engage in sexual activity on a bed after the girl looks to be taking instructions from someone on the screen. 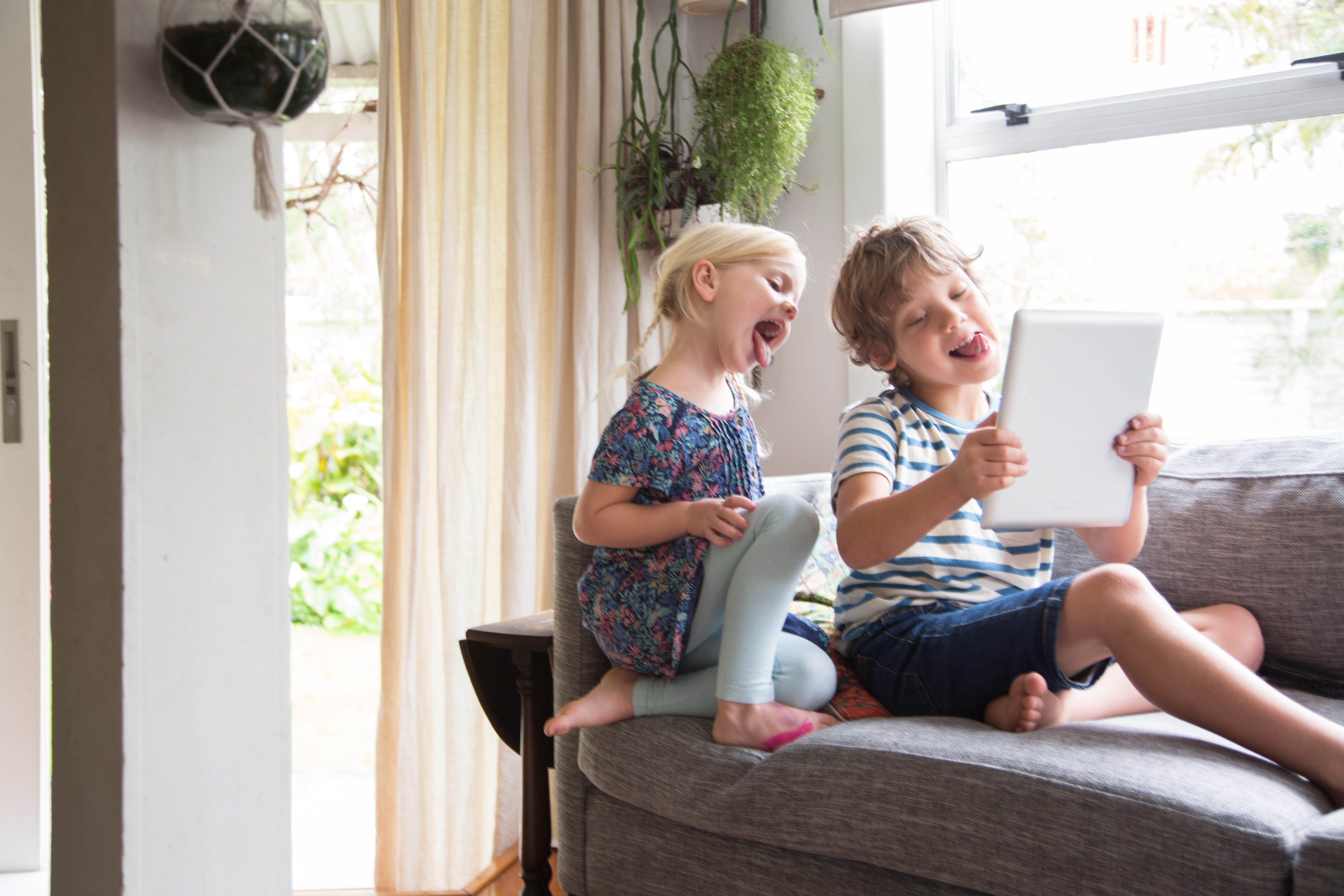 Isobel said: “Afterwards, they go to the screen again. We can only see one side but I imagine they are copying what is going on or taking instructions and then they resume the sexual activity.

“A lot of what they are doing is Category A.”

The videos unearthed by the IWF show this type of abuse can happen in any home. 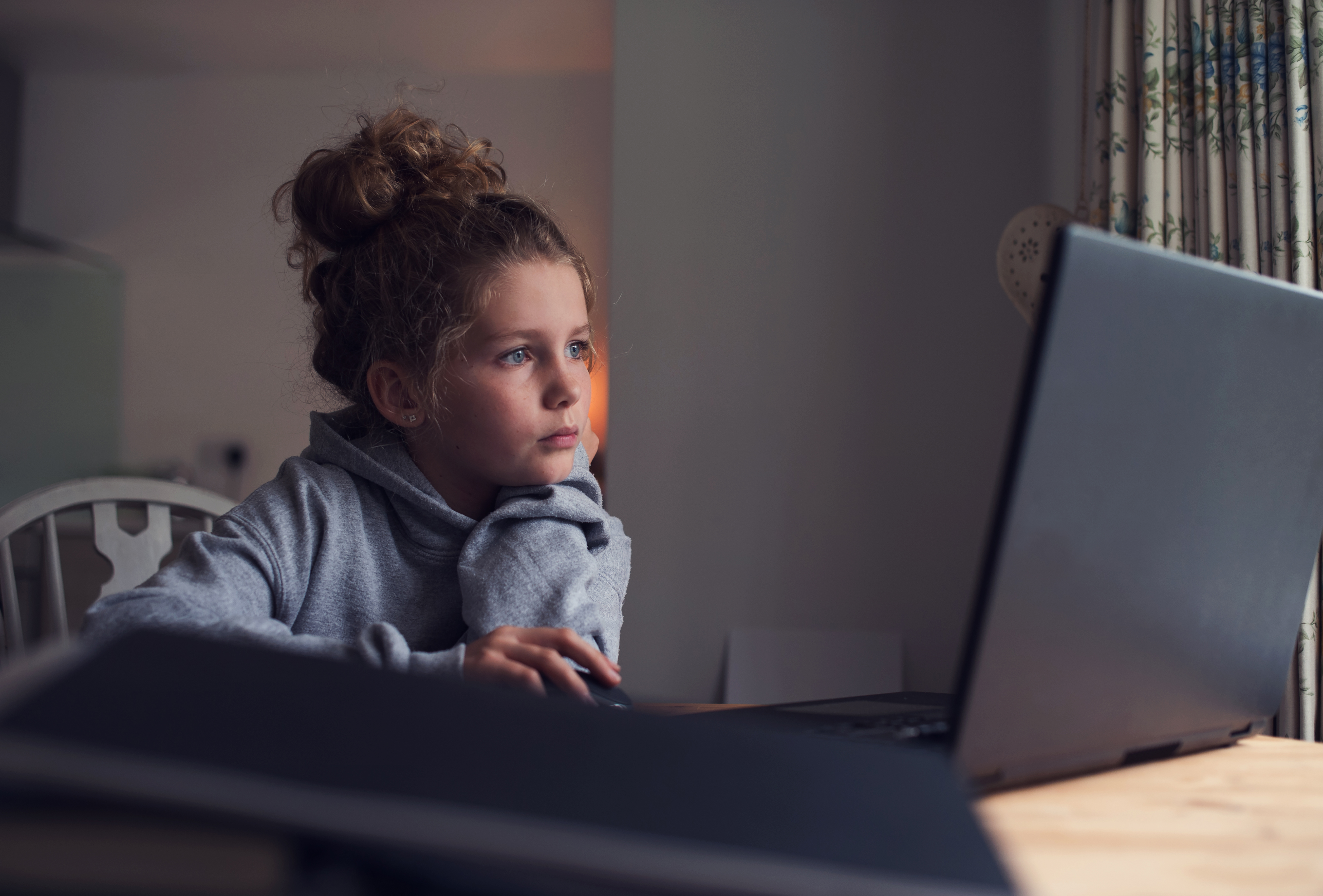 Susie Hargreaves finds the findings of the study “distressing.”

She said: “We see some very shocking stuff as part of our work, but then you come across something which is even worse than what we have seen before.

“To start seeing children – and some very young children – where they are with a sibling or a close friend and they are actually being encouraged and tricked into performing sexual acts on each other is really, really upsetting and distressing.

“Can you imagine what those children must be going through?”

Other content seen by the IWF in those three months includes an 11-year-old boy appearing embarrassed when asked by his brother to engage in a sex act.

Another sickening example showed two boys in a “normal looking bedroom,” in which the younger, aged between seven and 10, was wearing a t-shirt with a cartoon character on it.

It happens in normal family homes, in all ages, genders, ethnicities and backgrounds

She said: "It happens in normal bathrooms and normal family homes, in all ages, genders, ethnicities and backgrounds.

“Any kind of child can be abused like this unfortunately.” 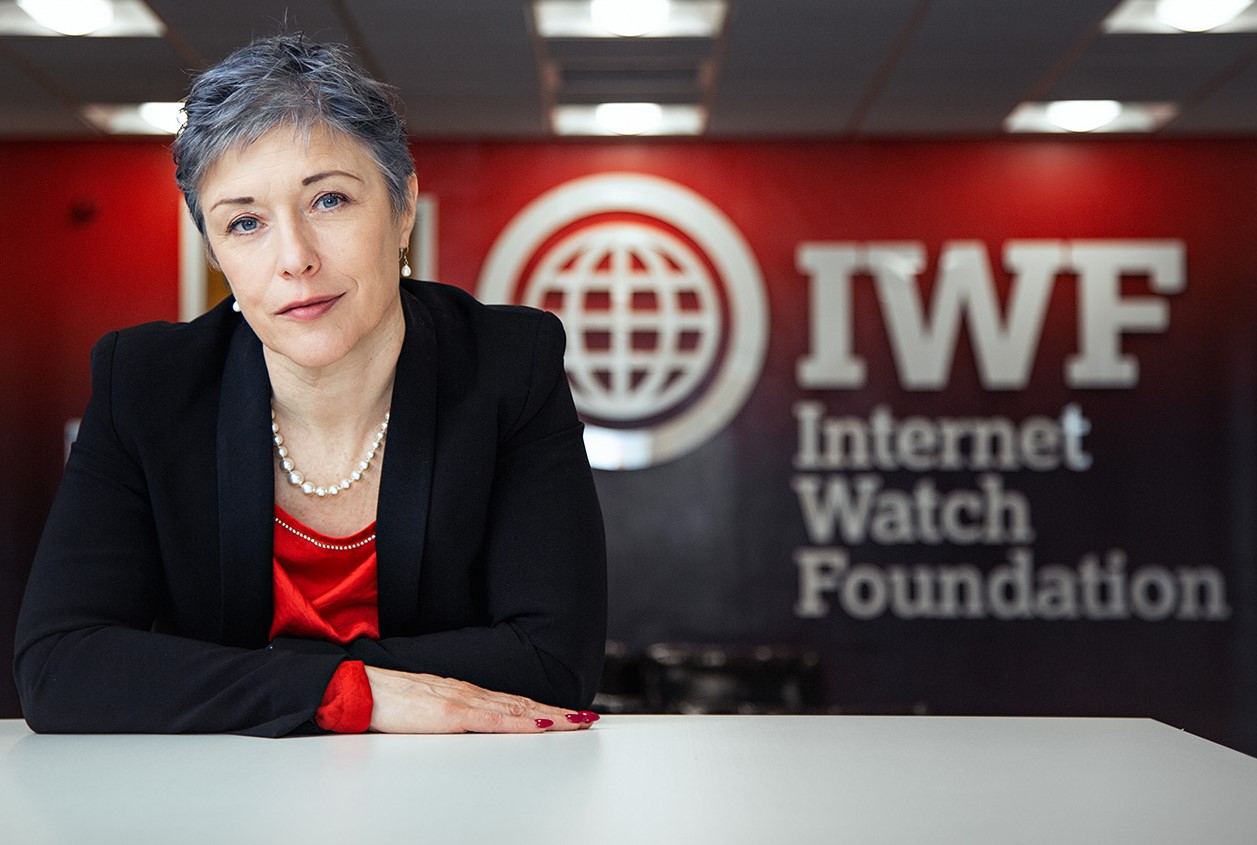 Susie said the parents are almost certainly unaware of what is going on.

She cites an example of a lone 11-year-old girl who is sitting on her bed, naked, in a smart bedroom. She is engaged in Category A activity and in the middle of the video, someone beyond the room can be heard shouting “Dinner’s ready.”

It is an image that will strike fear into any parent’s heart.

Susie said: “The adult clearly isn’t aware of what is going on.

“We need to not blame parents. We need parents to know what their children are doing online and who they are talking to online. You have to engage in honest conversations with your children.

“Don’t ignore this, it really is a problem. Prevention is the answer here.”

Learn to TALK to your children

The IWF has devised a handy plan for parents to protect their children online, using the acronym TALK.

T – Talk. It’s never too early or too late to talk to your kids about what they are doing online. Ask them what apps they use.

A – Agree some ground rules as a family about when you are allowed to go online, how long for and what is acceptable and what is not.

L – Learn about the apps and games your children is using. There is lots of help out there eg ChildNet International , Internet Matters, ParentZone, all of which provide resources for parents. If you want to learn about specific sites, for example Facebook and TikTok, type into Google “safety measures on TikTok” etc and it will bring up the platform’s own measures.

Lockdown meant kids were online all day – so were the perpetrators

With many children spending far more time online in the last year than usual, parents are being urged to understand exactly how their children are at risk from vile online predators.

Over the year as a whole, there has been a 15 per cent increase in the number of reports of illegal web content to the IWF, with just under 300,000 reports in a record year.

The organisation removed 153,000 web pages, the most they had ever removed. 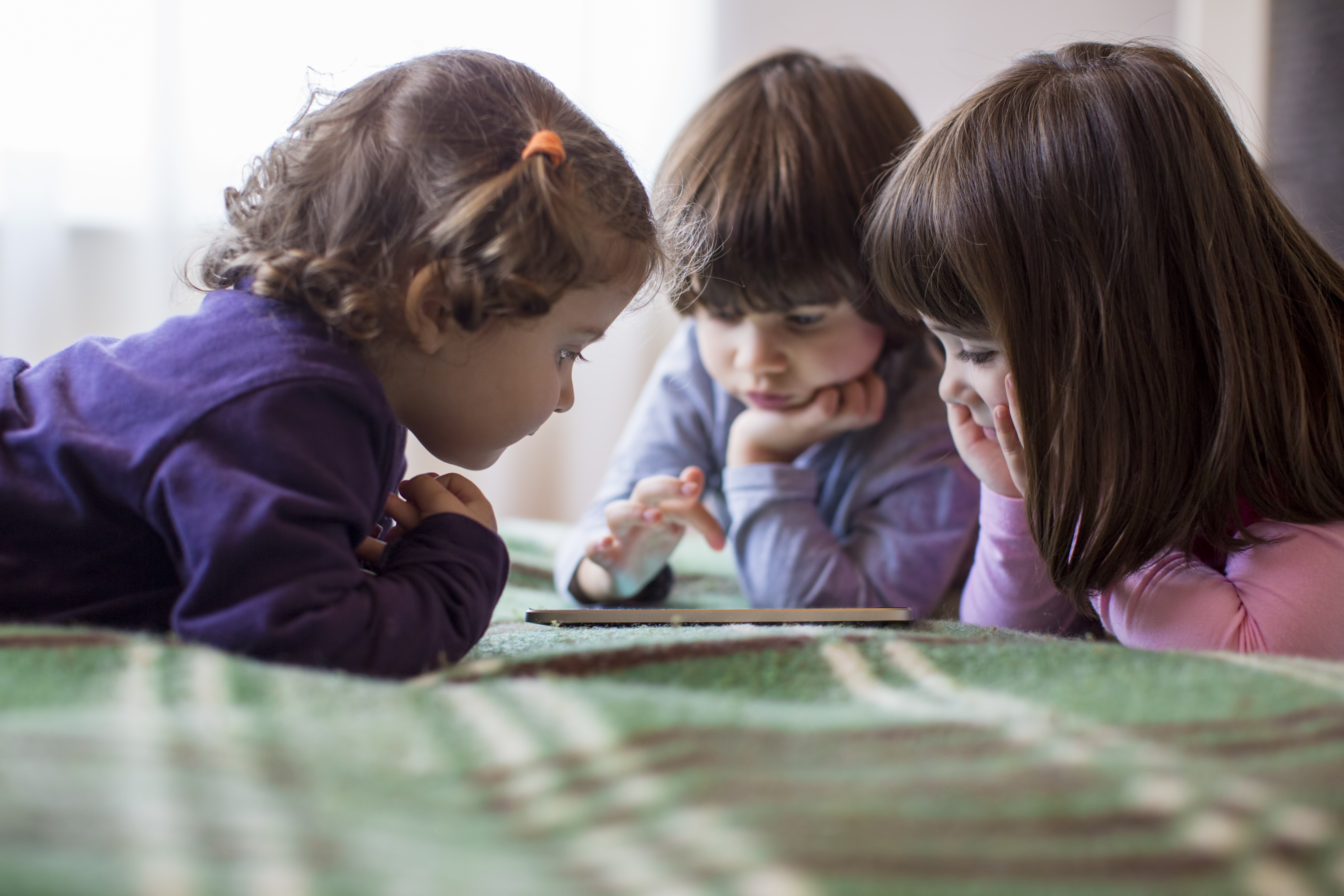 Susie said: “We saw a massive increase. It stands to reason, sadly, because children were online all day and so were perpetrators."

It’s impossible for the IWF to know what apps, games or social media the children were using but anything with a live chat function in which strangers can make contact is a potential risk.

Susie said: “What we can see is that the children are peering into a laptop or tablet screen and responding to questions or they are reading comments.

“There are a number of sites where you can type in comments and lots of live streaming sites where people can engage with other users.

“Sometimes we hear them talk back to the person on the other side of the camera but clearly, the children don’t have any idea who they are really talking to and they have obviously no idea that it is being captured and then that is being shared on child sexual abuse websites.”

Analysts deduced that the children were siblings by looking at how similar they were in appearance, their environment and their behaviour and language towards each other.

From their conversations, it was clear many of the children were being shown sexual material online and being asked to copy it, sometimes in the form of a game or “dare.”

Tink Palmer, CEO of the Marie Collins Foundation, an organisation which addresses the needs of children abused online, explained how these predators gain the child’s trust.

She said: “Part of the whole grooming process is about engaging the child or children, befriending them and making them feel special, until they see the person as a ‘friend.’

“Once they have that child in their control, they may then also threaten them. The child is frightened about what will happen if they don’t continue to do what they are being asked.” 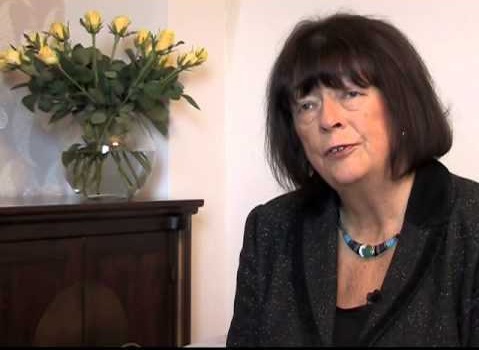 Six sets of videos appeared more regularly than others during the IWF study, and one of those was seen on 51 different websites.

In most cases, the imagery showed two children, with one slightly older.

There were some instances of a more significant age difference of up to five years between siblings.

Tink says the age paedophiles are targeting is very significant.

She said: “It’s pre-pubescent children who are being targeted. They are less accomplished in their social, emotional and psychological development.

“They listen to grown ups without questioning them, whereas teenagers are more likely to push back against what an adult tells them.”

The IWF acts on reports it receives from the public as well as its own research to remove sexual abuse content.

If the website is hosted in the UK, it can be removed in as little as two hours. Most content, however, is hosted outside the UK, and so the IWF can work with hotlines around the world to get it removed.

For Isobel, the reward of knowing she is helping to keep children safe outweighs the horrors of what she sees on a daily basis.

She said: “I’ve seen some shocking, disgusting images, what makes me do my job is I go home knowing I’ve literally made a difference. I’ve taken down that content which means no one can stumble across it accidentally.

“But it also means, for the victims of those images, who probably don’t know the video has been taken and shared on the internet, that child doesn’t have to live with however many thousands of people viewing it.”

As for the long-term effect on those children, Tink says the impact will vary between individuals.

She said: “What we hear from victims is that they felt what they were doing was wrong.

“They are likely to feel confused. If it’s a fearful situation, that will be something they carry forward and will, almost inevitably, cause problematic behaviours or understandings about relationships.

“Sadly, a child is very unlikely to tell an adult they have sexually abused online because they feel they let it happen.

“Of course they didn’t let it happen, they were groomed, but unfortunately, the person is likely to carry that guilt with them."