Defying a warning of legal consequences from Spain’s Constitutional Court, the Catalan parliament, which is dominated by pro-independence parties, expressed the “will to exercise the right of self-determination in a concrete way”.

The motion called for political action but is non-binding and has no legal effect, a parliament spokeswoman told Reuters.

Separately, the pro-independence cause received a tacit boost from an adviser to the European Court of Justice. Advocate General Maciej Szpunar said a jailed Catalan separatist leader elected to the European Parliament while in detention should have had the right to ask lawmakers to decide whether to uphold his immunity.

The country’s far-right Vox party more than doubled its number of seats after its fiercely anti-separatist rhetoric struck a chord with many voters. The vote produced a highly fragmented parliament but the ruling Socialists and far-left Podemos party pledged to work together on Tuesday to try to form a majority coalition.

In the latest pro-independence protest, Catalan demonstrators blocked a major road link between the Spanish region and France for over 24 hours before French riot police used tear gas to disperse them on Tuesday.

Officials said the road leading into Spain had been cleared but the one heading to France was still blocked and protest leaders pledged further road blockages.

The French police arrested 18 people for blocking traffic at the La Jonquera border crossing and Catalan police arrested another, officials said, adding that protesters blocked the smaller N-II route in both directions after leaving the highway.

Protest organisers also called for further road blockages on the border as they seek to draw international attention to the Catalan independence issue.

European Court of Justice adviser Szpunar said jailed Catalan separatist leader Oriol Junqueras’s conviction brought his mandate as a member of the European Parliament to an end but advised the court that the parliament should be able to decide whether to waive or defend the immunity of MEPs.

In June, 76 members of the European Parliament (MEPs) from a range of parties called on the parliament to protect the rights of Catalan leaders who were unable to collect their credentials, saying the Spanish government had violated their rights by barring them from taking their seats. 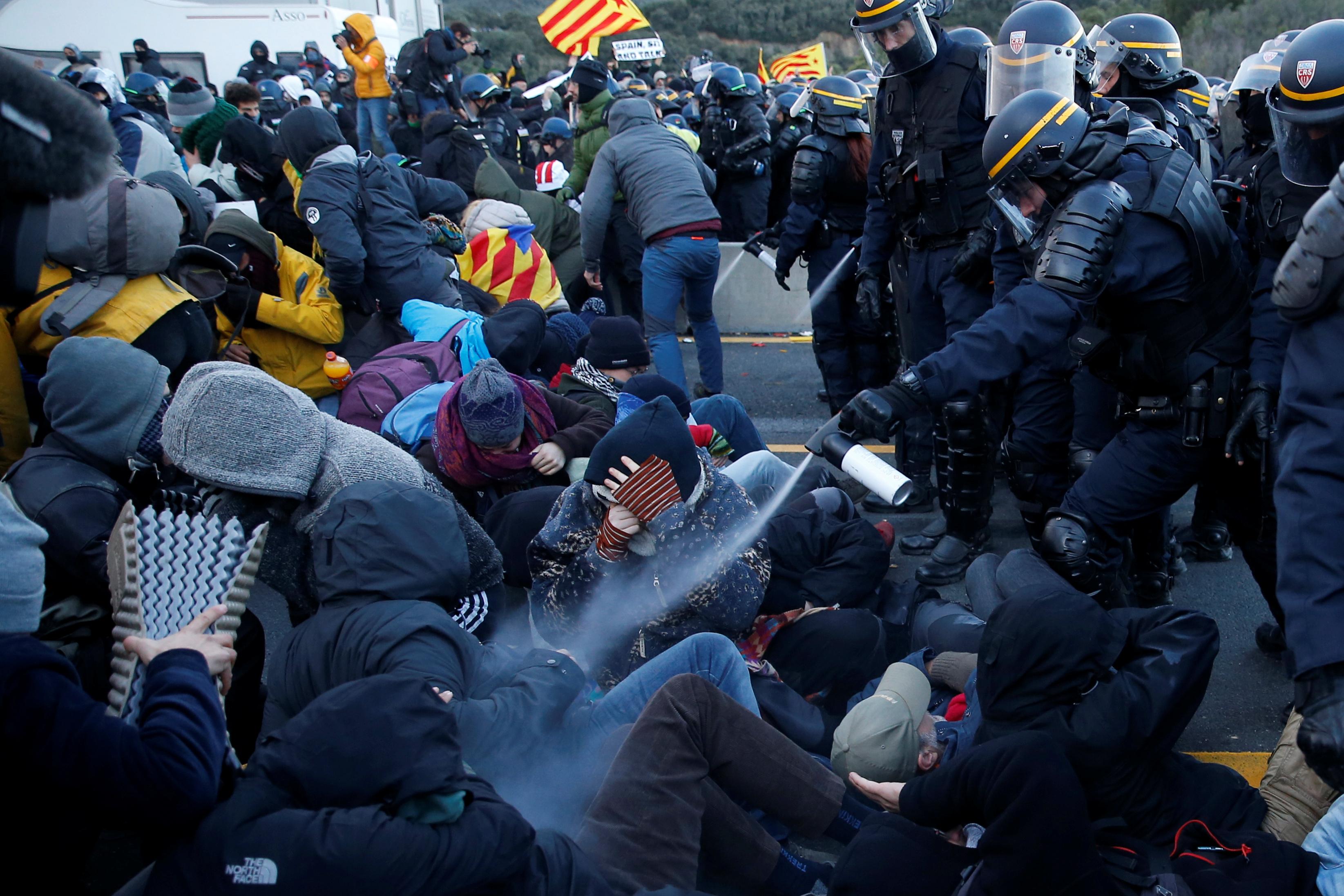 Junqueras, the Catalan government’s former deputy leader, was sentenced to 13 years in prison in October. Another former Catalan separatist leader who was also elected to the European Parliament in May, Carles Puigdemont, welcomed the adviser’s opinion.

“This shows another extremely serious injustice in which Junqueras is a victim; his rights and those of voters have been violated,” Puigdemont, who lives in self-imposed exile in Belgium, tweeted.