Mr Wang suggested the reason Xi Jinping has decided to hold military drills around Taiwan following US Speaker Nancy Pelosi’s visit is that China’s Government would suffer a severe blow to its support base. He insisted the historical bond linking Taiwan to mainland China, which still sees Taipei as an integral part of the country, would come into question if there were no reaction to expanding links with Washington. Mr Wang drew a connection between China and Ukraine in the attempt to picture Beijing as an entity now fighting for its “territorial integrity and sovereignty”.

Mr Wang told Times Radio: “The problem is that Taiwan has always been part of China.

“No government can afford to lose an inevitable part of Chinese territory.

“The territorial integrity and the sovereignty of Ukraine will be respected with such a violent war going on.

“Why cannot China [do the same with Taiwan]?” 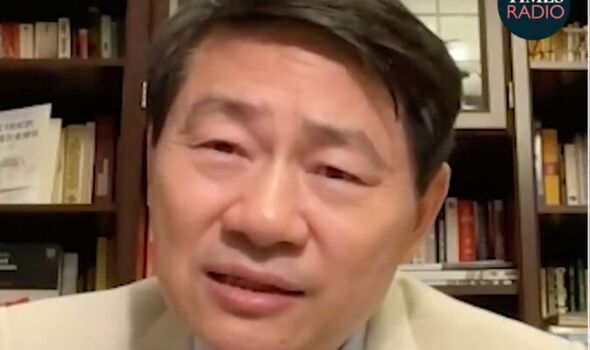 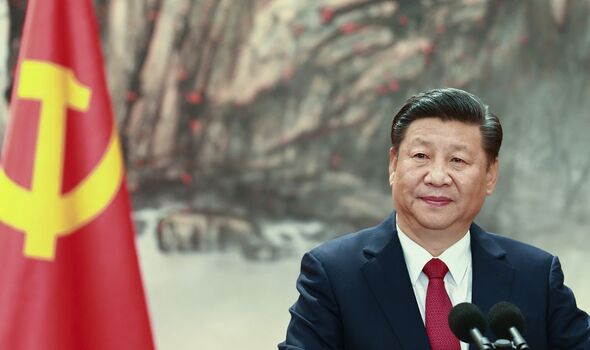 In light of its comments on Ukraine and China’s stance on the Ukraine war, Times Radio presenter Henry Bonsu pointed out: “The Chinese Government hasn’t supported Ukraine which is trying to defend its territorial integrity.

“China has supported Russian rather than Ukraine.”

Mr Wang responded: “No, no, no the Chinese government has taken a very strong position saying many times the territorial integrity and sovereignty of Ukraine should be respected.

“China has always sad that they stand by Ukraine’s sovereignty and territorial integrity.

Mr Wang also said: “The reason that China holds Taiwan dearly is because China has regarded Taiwan as part of China.

“Taiwan is already part of China and 70 years ago when China has this civil war, I think the PLA actually liberated every part of China except Taiwan, because that’s where they lost the former government of KMT. 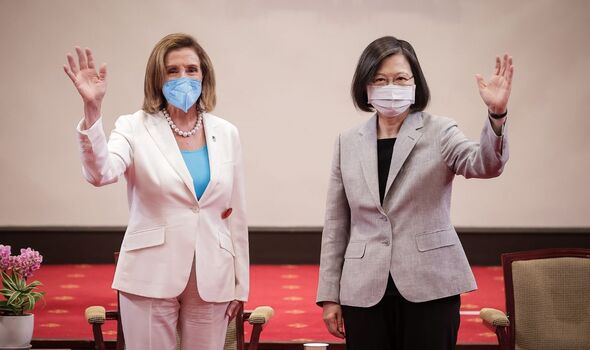 “They all left mainland and they went to Taiwan, and at that time both sides recognised there’s only one China.

“That actually was when China and the US established diplomatic ties in 1979, there is a statement saying that the US government recognised that there is only one China and Taiwan is part of China and the US is one going to maintain cultural, commercial, and non-official ties.

“That’s where it is so clearly stipulated and that status quo has been maintained for the last four decades.

“Unfortunately, the US House Secretary Nancy Pelosi somehow for the personal political advantage or political gains, she really jeopardised this status quo and violated this joint communique that China has been signing with the US”.