Australia’s peak business lobby group wants an end to knee-jerk state border closures and a move to a federal approach as Queensland’s growing COVID-19 outbreak has led to varying travel restrictions and bans around the country.

But health experts say forcing states and territories to adopt a Commonwealth definition of hotspots and mandating coordinated responses would be too onerous for frontline workers at this stage of the pandemic. 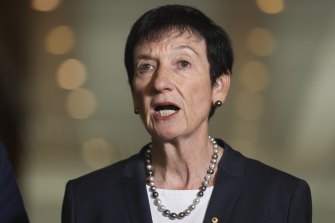 The federal government has declared greater Brisbane a hotspot after Queensland recorded eight more cases of the coronavirus from community transmission, linked to two separate clusters.

“We will be watching very carefully what happens in Brisbane over the coming days,” Chief Medical Officer Professor Paul Kelly said.

“We know much more about the virus and have a clear vaccination rollout plan, so there’s no excuse for knee-jerk reactions that sap confidence and make it impossible to plan,” she said.

In response to Queensland’s outbreak, Victoria initially imposed a three-day lockdown, which could be extended, and declared greater Brisbane a red zone under its permit system on Monday.

WA reimposed its hard border to Queensland at midnight on Monday, after declaring the whole of Queensland “medium risk”.

NSW listed the councils of greater Brisbane as “places of high concern” on Monday, and remains the only state to not introduce border restrictions.

To restore lost confidence in travel, Ms Westacott said National Cabinet should adopt the Commonwealth’s hotspots definition and take a risk-based approach, opening the economy in line with the vaccine rollout.

“Once and for all, it’s time to end arbitrary border closures, patchwork restrictions that aren’t based on risk and get serious about giving Australians the certainty to plan no matter where they are in the country,” she said.

Professor Kelly said besides WA, the states and territories had taken a similar approach to the latest outbreak.

“Most of the rest of the states have taken a similar approach to greater Brisbane being the geographic area of concern, otherwise known as a hotspot, and they have put in place very similar responses to that, so I think that is working better than it has in the past,” he said. 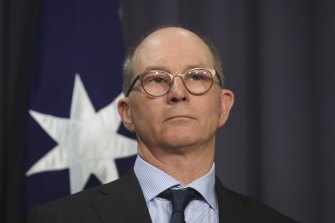 However, getting states and territories to adopt national hotspot definitions may not be the best use of resources, UNSW infectious disease social scientist Associate Professor Holly Seale said.

“What’s going to be gained by doing it now?” she said.

“We’re also trying to roll out a program of vaccination at a scale we’ve never done nationally.”

Associate Professor in epidemiology at La Trobe University, Hassan Vally, said it would have been great to have a unified approach in an ideal world, but the reality is much more complex and requires a good deal of flexibility.

“This [pandemic] is a really messy situation, so it’s really hard to capture all of the factors that need to be taken into account to create a set of rules that everyone can follow,” he said.

“If you were going to submit to some set of rules you’d want to be certain that they captured all the complexity, and I think that’s probably the stumbling block.”