THE family of a builder who was hit by a speeding car along with his teen girlfriend at a memorial meet has slammed the driver as “an idiot”.

The couple were among four people seriously injured in the horror two-vehicle smash in Lincoln which has left one person fighting for life. 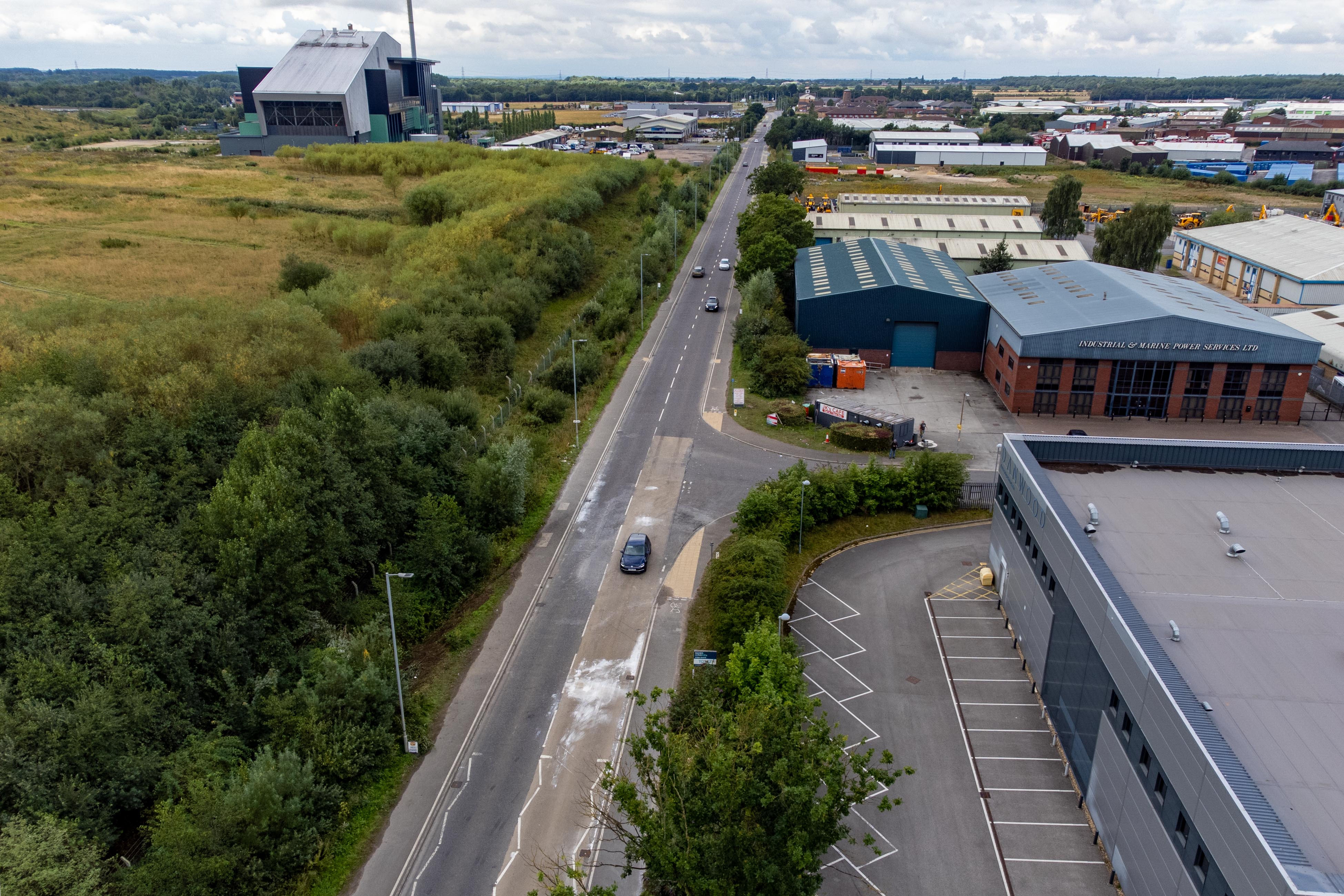 Lincolnshire Police said cops were called to the incident in Whisby Road at 10.16pm on August 21 after two vehicles collided with spectators before leaving the road and ending up in ditches.

"The vehicles involved are believed to have been travelling at high speed at the time of the collisions," the force added.

The builder's brother, Sam, said today: “It's devastating. My brother has life-changing injuries.

“My parents said the driver of the car that hit him was an 'idiot' for driving so fast.

“It hit another car then smashed into [my brother] and his girlfriend.

“They had been standing in the crowd. My brother loves cars and he’d gone along for a bit of fun.”

His brother had attended the car meet with his partner to remember popular motorcycle fanatic 36-year-old Damian Buckle, who had been killed in a crash in the city the week before.

They were among a 300-strong crowd at the event, which also had a firework display, at Whisby Way Industrial Estate.

Horrified locals later alleged that some cars had been using a 40mph single carriageway as “a race track".

The man told The Sun Online: "Now my brother’s been left with terrible injuries. [I think] it will take a long time for him to recover.”

The brother, speaking from the family home in Lincoln, told how his frantic parents went to the hospital the moment they heard about the collision.

He said: “They were so upset and rushed to the hospital to be with him.

"My mum told him ‘You’ll pull through. We’re here with you.’

“My brother is strong, which will help him hopefully in his recovery.

We’re all shocked by what happened and my mum and dad are spending as much time as they can at the hospital.

The brother added: “I haven’t seen or spoken to him since, but when I do I’ll tell him that he’ll be OK and that we’re all here rooting for him and will be doing everything to help him.

The man added: “We’re all shocked by what happened and my mum and dad are spending as much time as they can at the hospital.

“It’s a worrying time for everyone.

“We don’t know who the drivers of the two cars are, I don't know if my brother knew them, but police are carrying out an investigation."

The brother said that his dad had set up an online fundraiser to "help three pedestrians who got hit by the car".

The Gofundme page says it aims to "help them with loss of earning as they can’t work for a long time due to being in hospital with serious and life changing injuries.

"They were on Whisby Road paying respect to a biker who died earlier this month (Damian Buckle).

"They were attending a car meet memorial when two vehicles crashed and collided at high speeds with the spectators."

Sparks were flying and there were bits and pieces everywhere.

He said: “I’d gone along on my pushbike to watch drivers showing off their cars. There must have been 300 spectators. It was packed.

“It was dark and just after 10pm and a black Citroen was pulling out of a road on the industrial estate and turning left into the main road where all the people were gathered.

“The driver couldn’t see because of the crowds and suddenly a grey Vectra came along from the right and bang, they crashed. The Vectra has tried to swerve but clipped the front end of the Citroen.

“There were bits flying off the cars and one ended up in a ditch on the other side of the road trapping spectators underneath. It was terrible.

“I’m shaken up just remembering it. I’d been standing next to two people, my mates, who were seriously injured. There was just my bike between us.

“I got hit on the back of the legs by debris but not badly and the frame on my bike got mangled. It’s wrecked and can’t be ridden.

“But it could have been so much worse for me. I was lucky I wasn’t hurt or killed, I was just inches away.

“Sparks were flying and there were bits and pieces everywhere. It’s a well know race spot, cars go up to 100 mph but it got out of hand.”

Lincs Police said: "We are appealing for anyone who was there and has recorded their own footage but not yet been spoken to or provided it to police, to come forward."

Det Supt Peter Grayson, said: “This is a very serious collision with profound physical consequences for those injured.

"The event had a large crowd, and we would like to speak to anyone who has not yet been spoken to as part of our investigations.

"We would also like to hear from anyone who was in the area that evening, and witnessed the incident, the gathering, or has dashcam or mobile phone footage of the incident itself."

Those with information or footage can get in touch by emailing [email protected] or via non-emergency number 101. 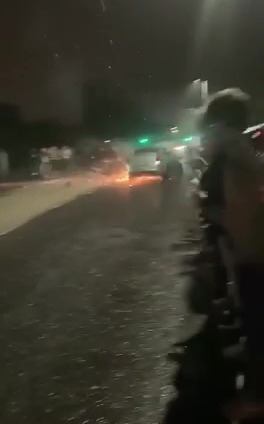 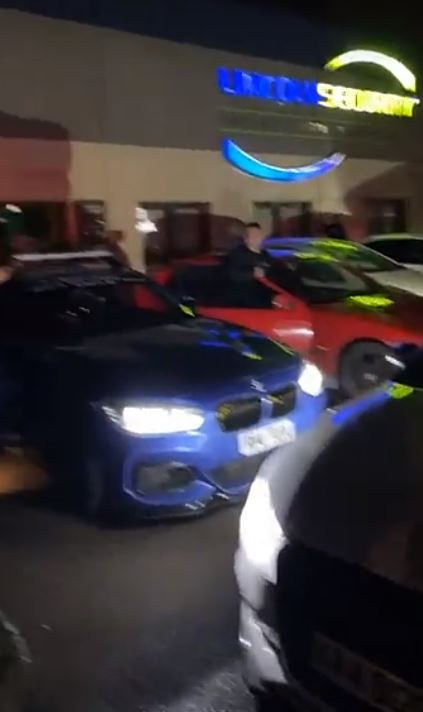 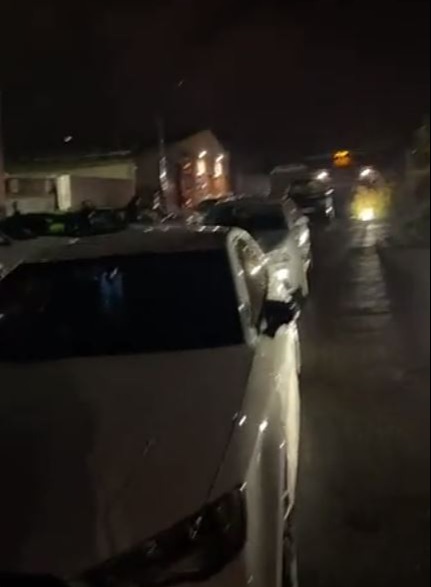 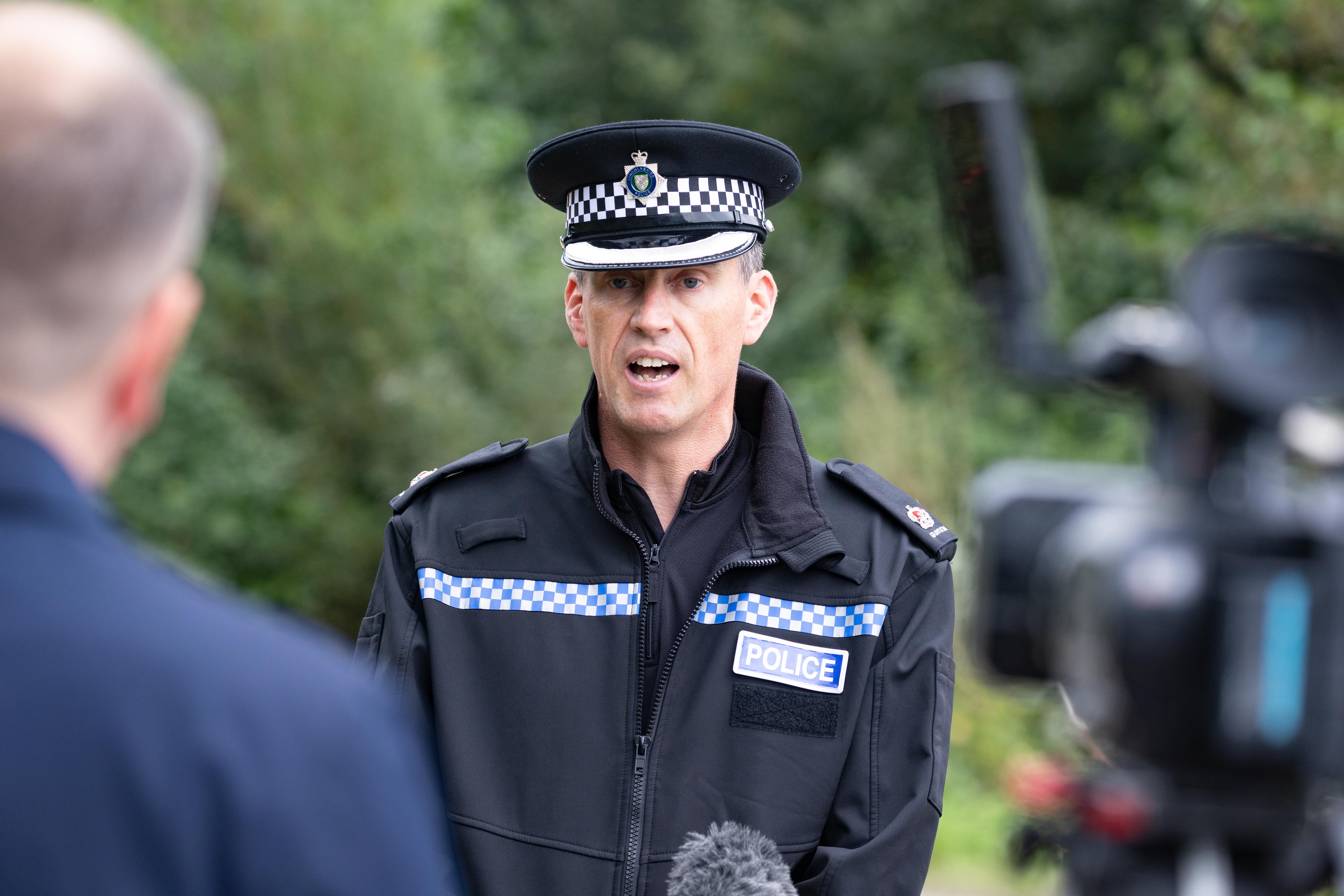