Wealthy British expat, 82, is killed and his Swiss-born wife critically injured after their vintage Aston Martin convertible crashes into a ditch during custom-made car rally with friends in Italy

A wealthy British expat has been killed and his wife is critically injured after he smashed his vintage Aston martin into a ditch in Italy.

The 82-year-old from London, who lived in the canton of Vaud in Switzerland, was travelling in the convertible with a group of British and Swiss friends to Corsica for a custom-made car rally.

The expat lost control of the right-hand drive car between Albonese and Montara in Lombardy near Milan and drove it into a ditch. 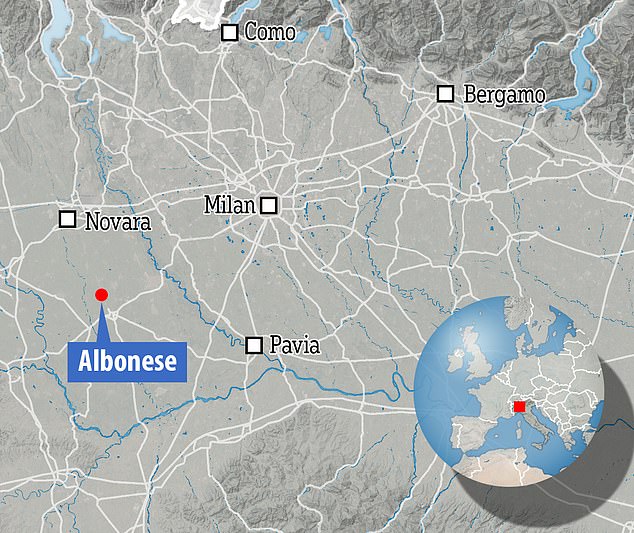 His wife, 80, fell unconscious and was taken by helicopter in a life-threatening condition to San Matteo hospital.

The accident occurred on a straight stretch of road near an entrance to a landfill site.

Police and firefighters were called to the scene and they tried to resuscitate the driver but they pronounced him dead.

The group were heading to the port of Genoa on local roads where they would then catch a ferry to Corsica, according to local news site La Provincia Pavese.

It was established in 2005 and describes itself as the ‘rally with a smile’ and 30 cars are allowed to enter.

Organisers say on their website: ‘The Via Flaminia is a relaxed rally where the competition serves the atmosphere, winning is not a goal in itself.’

The rally is relaxed and there is no time limit, and there is often a competition for last place for the drivers that spend the most time admiring the stunning scenery.

MailOnline has contacted the Foreign Office.