BRASILIA (Reuters) – Fires in Brazil’s Amazon rainforest worsened in the first week of September and are increasingly spreading into areas of untouched forest, satellite data showed as of Wednesday, after the number of fires likely reached a 10-year high in August. 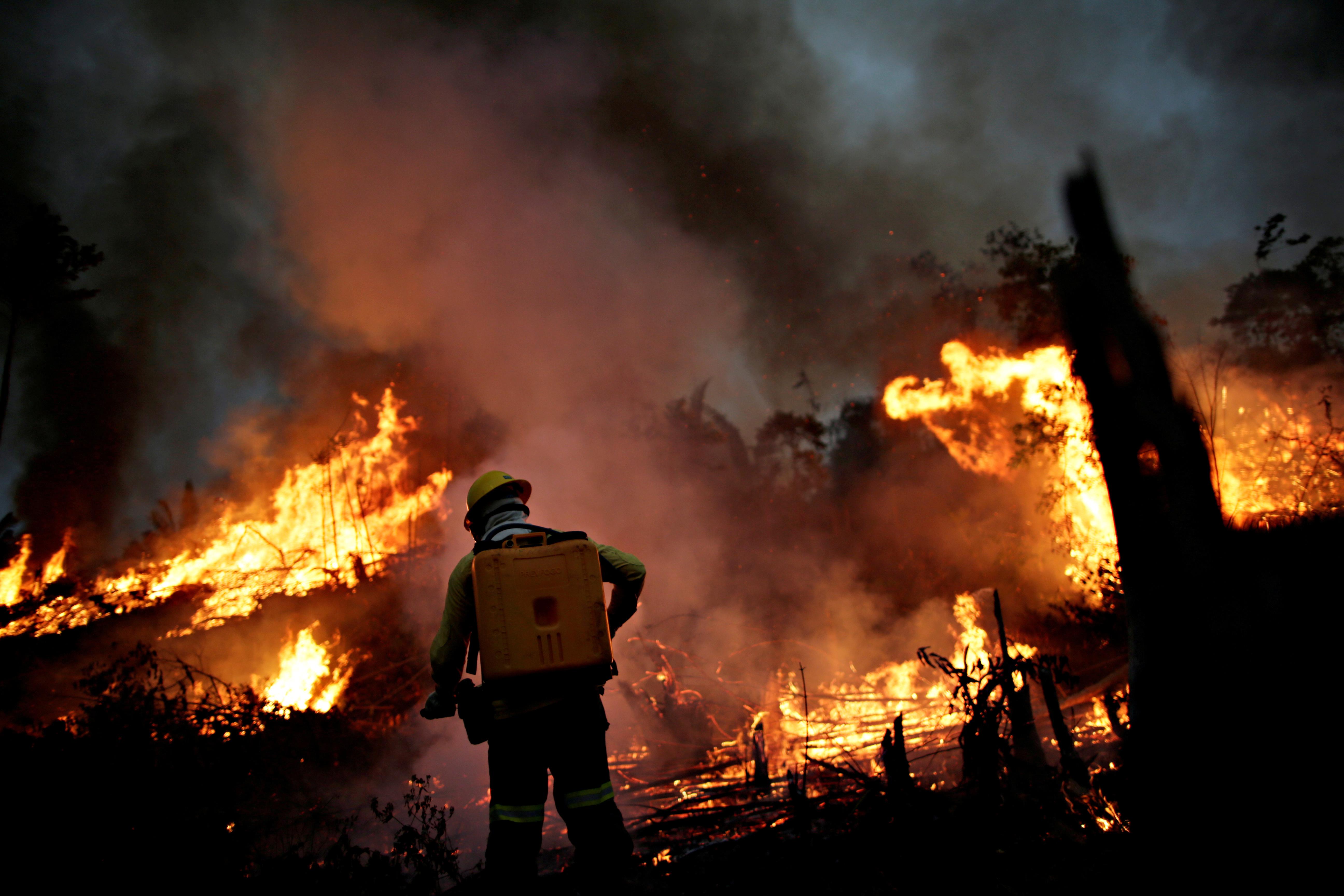 Brazil reported 8,373 fires in its portion of the Amazon rainforest for the first seven days of September, more than double the number of fires in the same period a year-ago, according to data from Brazil’s national space research agency Inpe.

A pressing concern is that 27% of the major fires so far in September have been in virgin forest, rather than in recently deforested areas or farmland where blazes are more contained, according to an analysis of satellite images by U.S.-based non-profit Amazon Conservation, reviewed exclusively by Reuters.

Considering all types of fires, September has already averaged 53 major blazes per day in the first week, up from 18 a day in August, according to Amazon Conservation.

Amazon Conservation defines major fires as those that emit enough smoke to indicate a large amount of biomass is burning, whereas Inpe’s data is based on heat points, which also detect smaller fires.

The Inpe figure showing fires doubled may be an underestimate because an issue with a NASA satellite caused partial data to be reported until Sept. 2, although the issue has been resolved in subsequent days, according to NASA and Inpe.

Revised Inpe data is expected to show fires increased to a 10-year high for August, even worse than the same month last year when Amazon fires provoked global outcry.