BRAZIL's President Jair Bolsonaro was hospitalized on Wednesday after suffering from chronic hiccups for more than ten days, his office said.

Bolsonaro, 66, is expected to remain under observation for 24 to 48 hours although not necessarily in hospital. 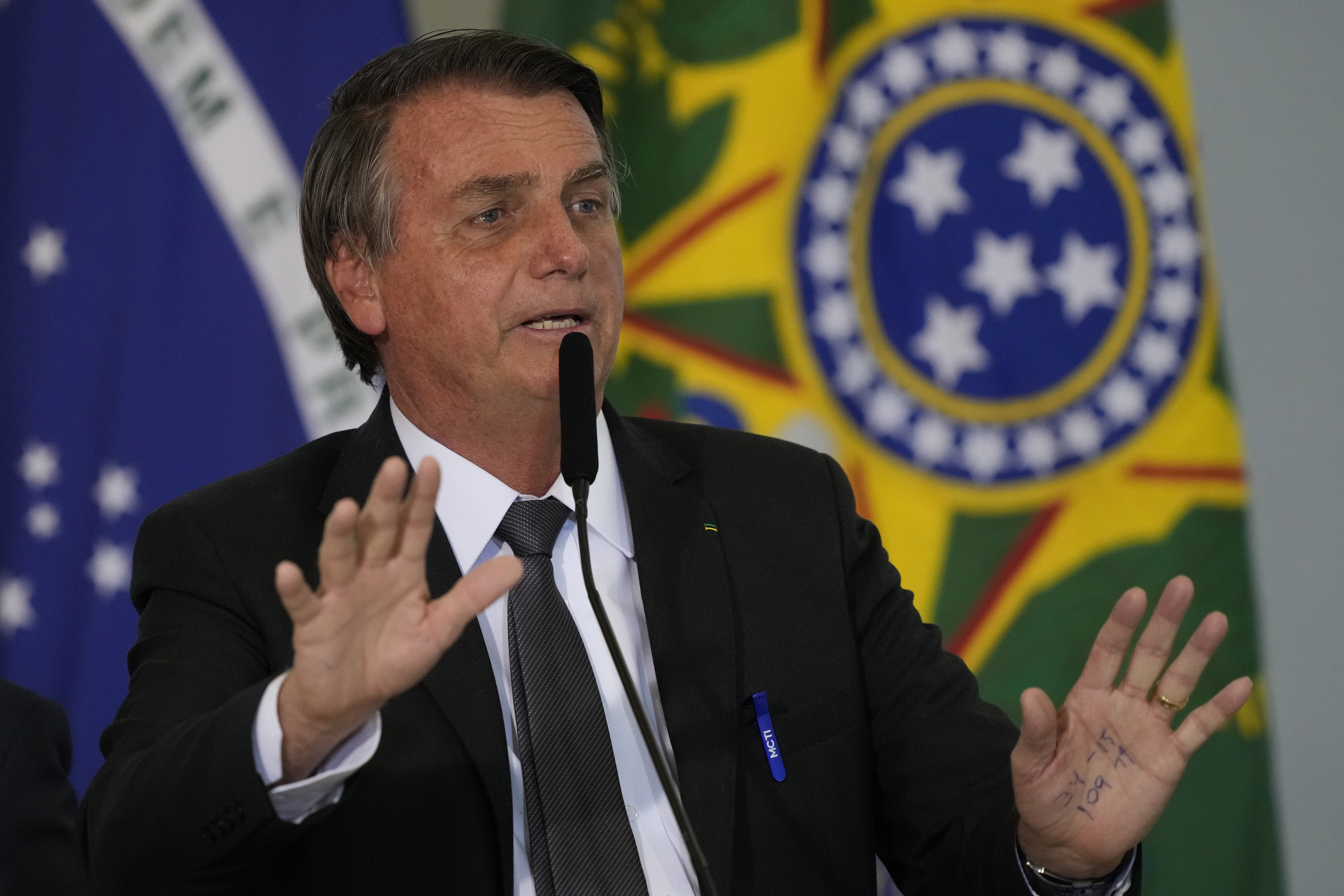 The far-right leader went to the military hospital in Brasilia today and according to his office he is "feeling good and doing well".

Local media outlet G1 reported that Bolsonaro had been admitted for unspecified medical testing after feeling abdominal pains during the early hours of Wednesday.

In a national address on social media last Thursday, Bolsonaro struggled to express himself at one point and said he had been suffering from hiccups for a week.

Bolsonaro's health has been an issue during his presidency.

He nearly died after being stabbed in the intestines on the campaign trail in 2018, resulting in multiple follow-up surgeries.

He was seriously injured in the attack and lost 40% of his blood.

Experts claim the hiccups could be related to an irritation of the oesophagus following surgery to his abdomen, reports have claimed.

"Pro-Bolsonaro federal lawmaker Bia Kicis wrote on Twitter on Wednesday that Bolsonaro's hospitalization was "a consequence of the 2018 knifing."

Newspaper O Globo reported that Antonio Luiz Macedo, the surgeon who operated on Bolsonaro in 2018, had been called to Brasilia to be with the president.

Aside from the knifing, Bolsonaro caught COVID-19 in July last year but recovered.

In recent weeks, Bolsonaro's popularity has fallen after his handling of the pandemic and his failure to secure enough vaccines for the 212 million Brazilians.

There have been more than 535,000 Covid-related deaths with Bolsonaro still refusing to back social distancing measures throughout the country.

Our situation isn’t all that critical. Compared to other countries, it’s actually quite comfortable.

In June, tens of thousands protested against the Government's handling of the pandemic

In cities like Rio de Janeiro and Brasília, fuming Brazilians held banners with slogans like "Bolsonaro must go" or the words "500,000".

But despite bitter pleas from scientists, rule-makers have already relaxed restrictions, with bars and shops reopening in many cities.

It's also not uncommon for people to avoid masks and social distancing on the streets.

In March, Bolsanaro claimed the coronavirus outbreak was "comfortable" despite thousands of people dying every day.

"Our situation isn’t all that critical. Compared to other countries, it’s actually quite comfortable," he said, according to The Guardian.

Bolsonaro, who has opposed lockdowns to stop its spread despite the worsening pandemic, said 200 people in the presidential palace have had the deadly bug.

An army sergeant who worked in his office died from the illness.

And a third senator has also died of Covid, raising questions around precautions taken in the country's Congress.

As many as one-in-three lawmakers have been infected with the virus.