Home » Boy, 16, drowned in reservoir trying to save pal who had got into difficulty on last day of school before summer hols

A TEENAGER drowned in a reservoir while trying to save his pal who had got into difficulty on the last day of school before the summer holidays.

Sam Haycock,16, jumped into the currents of Ulley Reservoir, near Rotherham on Friday afternoon after seeing his friend struggling. 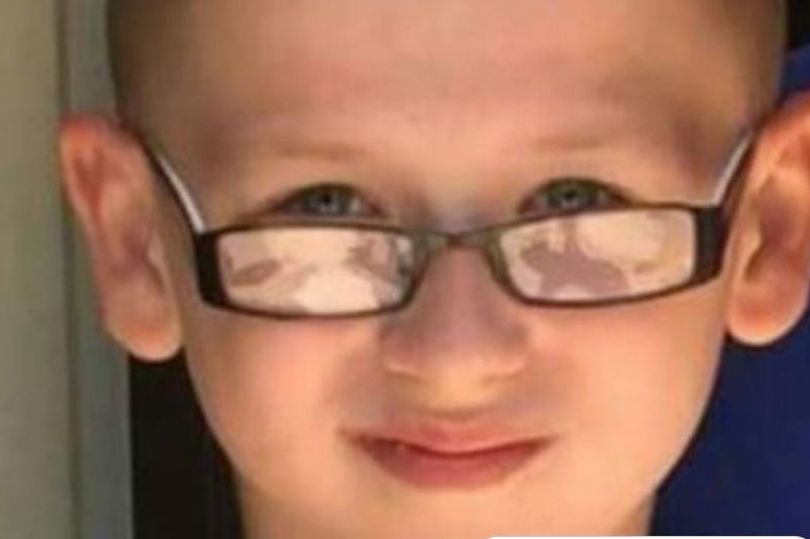 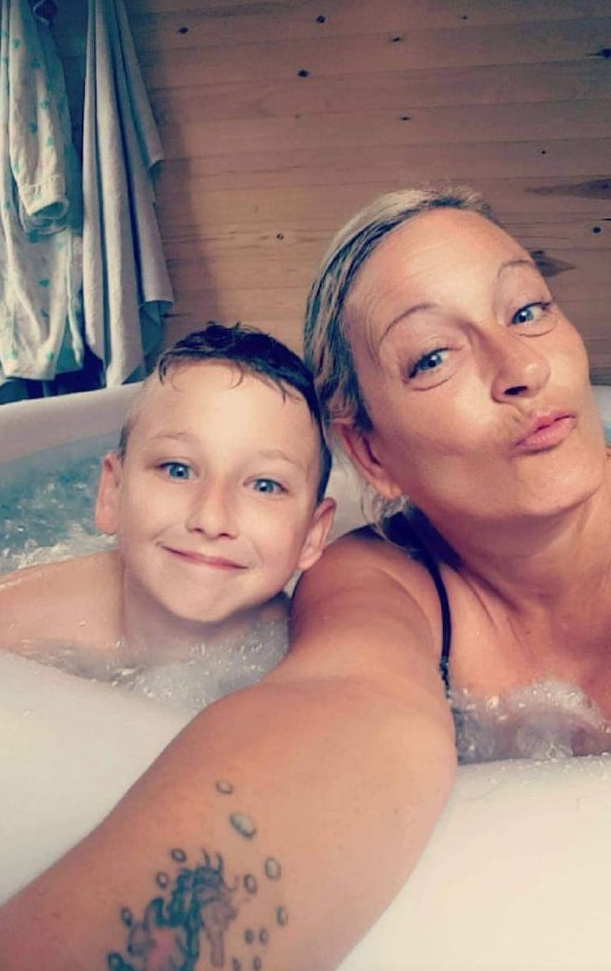 The 16-year-old did not hesitate even though he couldn't swim and a third boy called the emergency services.

They rushed to the scene but they were unable to save him.

Theresa Glenn, a family friend,has set up a GoFundme page to raise money, and with the permission of Sam's parents Simon and Gaynor, shared what happened.

She toldYorkshire Live: "There were three boys including Sam who jumped in and tried to save his friend. It is typical of him, he and his mum would do anything for anyone who needed help.

"Obviously they are absolutely distraught about what has happened but Gaynor is proud of what he tried to do and will treasure that detail for the rest of her life.

"It was his last day at Oakwood High School and they told each other: 'I love you' as he left their home in East Dene. It was completely out of character for him as he's a 16-year-old boy!

"She told him to be back for 4pm and didn't know where he was when he went missing but the police were round very quickly to inform them of what had happened and Simon identified his son.

"I have known Sam since he was four years old and he was a cheeky chappie with lots of friends. He just wanted to be liked and we will never forget him." 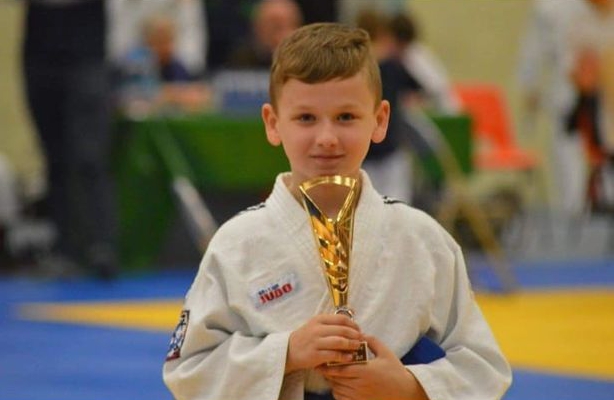 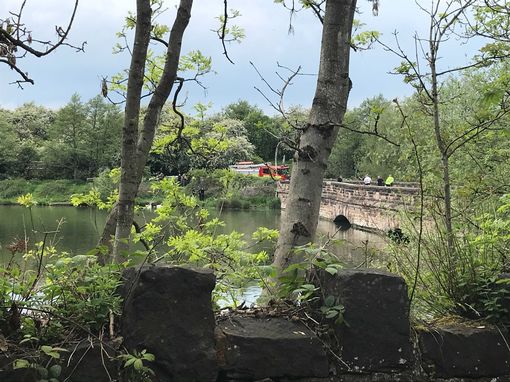 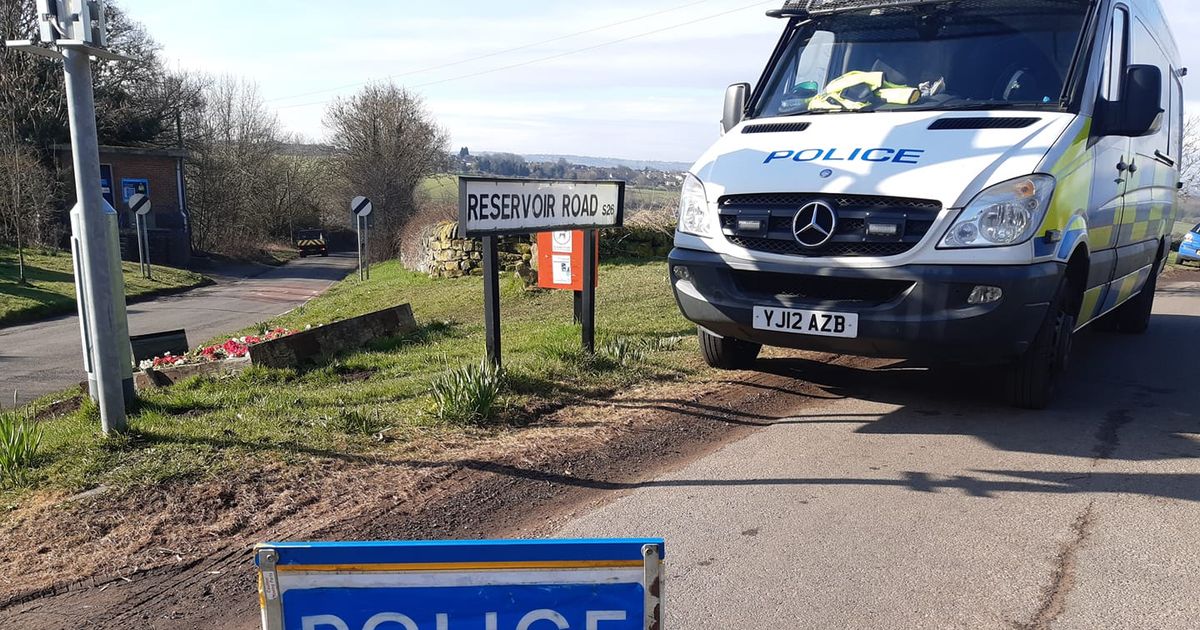 Police were called to the scene, at Ulley Reservoir, at 3pm on Friday.

The call followed concerns that a teenage boy had gotten into difficulty in the water, a police spokeswoman said.

Multiple specialist search teams rushed to the scene, where they tried everything they could to find him.

The public had been asked to avoid the area, while the teams carried out their work.

Police later announced the tragic news that a body had been found by divers.

Theresa wrote in her fundraising page: "A good friend of mine tragically lost her son today. 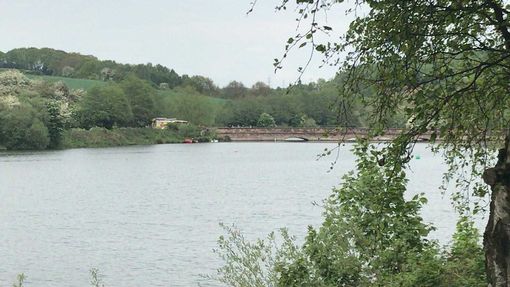 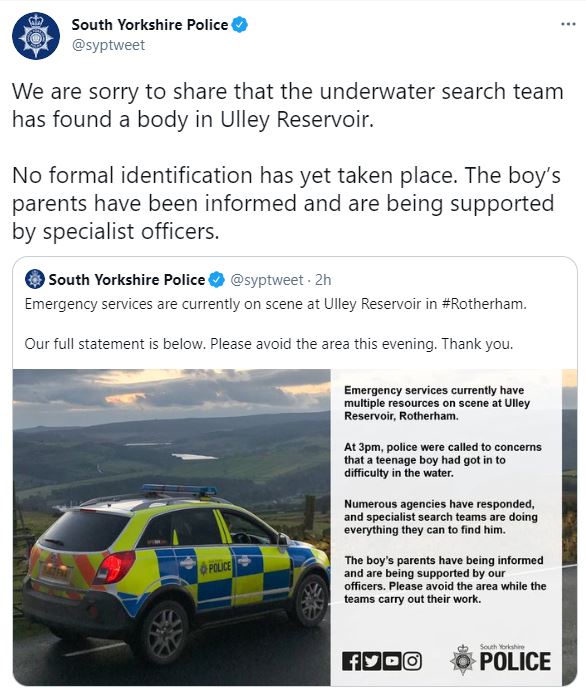 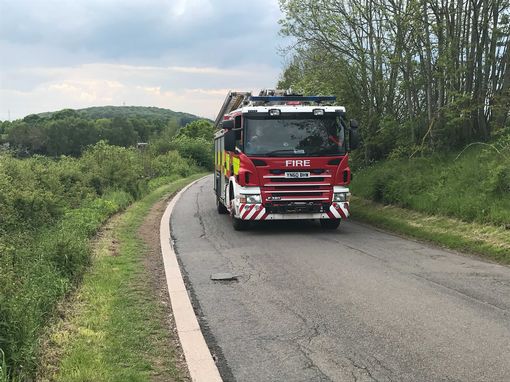 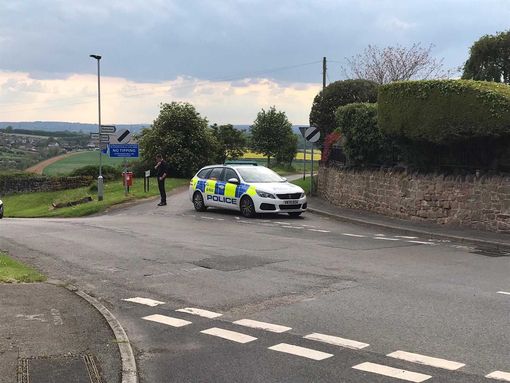 "I have set this GoFundme up to show how us as a community and me as a friend will support you all through this heartbreaking time.

"I've known Sam from being at least five years old. The first smile I had from him was when I took him a PG Tips monkey up which he had been wanting for ages.

"He loved me from then onwards So many tears and smiles shed today. Let's show this local family love and support through these difficult days. Going to miss telling you off, Sam. RIP beautiful boy."