Judges declare 1965 laws punishing same-sex relations with up to seven years in prison should be scrapped. 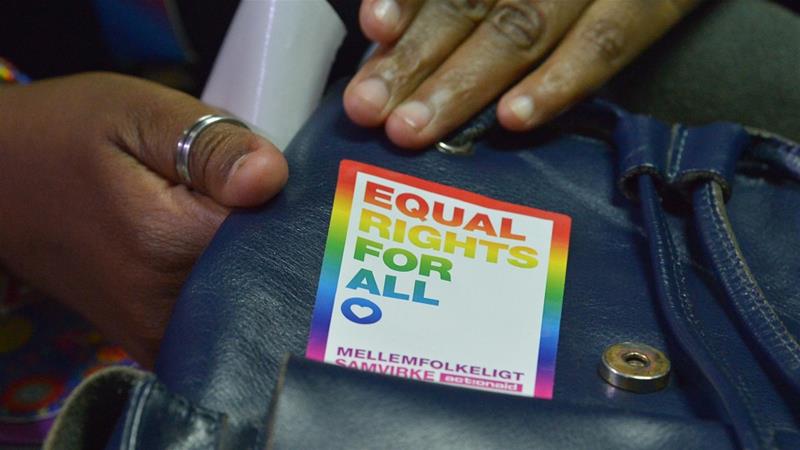 Botswana’s High Court has ruled that decades-old laws criminalising same-sex relations are unconstitutional in a landmark case watched across Africa.

In a highly-anticipated verdict delivered on Tuesday, Judge Michael Elburu “set aside” the “provisions of a Victorian-era” 1965 penal code which punishes same-sex relations with up to seven years in prison and ordered the laws be changed.

“There’s nothing reasonable in discriminating … Human dignity is harmed when minority groups are marginalised,” Elburu said.

“Sexual orientation is human, it’s not a question of fashion,” he added. “The question of private morality should not be the concerns of the law … The state cannot be sheriff in people’s bedrooms.”

Jubilant activists, some of whom were holding the rainbow flag synonymous with the LGBT movement, cheered the unanimous decision as it was announced in the packed courtroom.

“Although it does not right the wrongs done to individual members of the LGBT community, [this] is a step towards restoring our dignity as human beings,” LEGABIBO CEO Anna Mmolai-Chalmers said in a statement following the hearing.

“We can finally start building a more tolerant society,” she added. “The real work starts now.”

The United Nations Joint Programme on HIV and AIDS (UNAIDS) also welcomed the ruling in a statement issued later on Tuesday.

“It restores privacy, respect and dignity to the country’s LGBT people, and it is a day to celebrate pride, compassion and love,” she added.

‘Many people have been violated’

Botswana’s penal code outlaws “carnal knowledge of any person against the order of nature”, with those convicted facing up to seven years in prison, as well as “indecent practices between persons” in public or private, punishable with up to two years in prison. That legislation has been in place since 1965, when it was introduced by the colonial British government.

Prior to the hearing, President Mokgweetsi Masisi had previously expressed his support for the decriminalisation of homosexuality.

In December, Masisi said: “Many people of same-sex relationships in this country … have been violated and have also suffered in silence for fear of being discriminated.

“Just like other citizens, they deserve to have their rights protected,” he added.

Tuesday’s ruling came less than a month after Kenya’s High Court upheld similar sections of its own penal code in another closely watched case.

Same-sex relationships are illegal in more than 70 countries worldwide; almost half of them in Africa, where homosexuality is broadly taboo and persecution is rife.

In Sudan, as well as parts of Nigeria and Somalia, it is punishable by death.