Bosses CAN legally demand that staff get vaccinated against Covid under health and safety laws, ministers say

Bosses can legally demand that employees get vaccinated against Covid-19 to protect themselves and other people at work under existing health and safety laws, ministers have said.

Companies wishing to extend their health and safety policy to insist all staff are vaccinated against the virus can adopt a ‘jab for a job’ approach, but may run into problems if they sack those who do not comply.

The issue has reportedly divided Whitehall, with some ministers supporting the enforced vaccination scheme in the interests of ‘public health’ whilst others believe it would foster discrimination, The Telegraph reports.

Yesterday vaccine minister Nadhim Zahawi spoke out against the prospect of ‘vaccine passports’, which would provide state-issued proof that an individual had been vaccinated, suggesting the documentation would lead to discrimination. 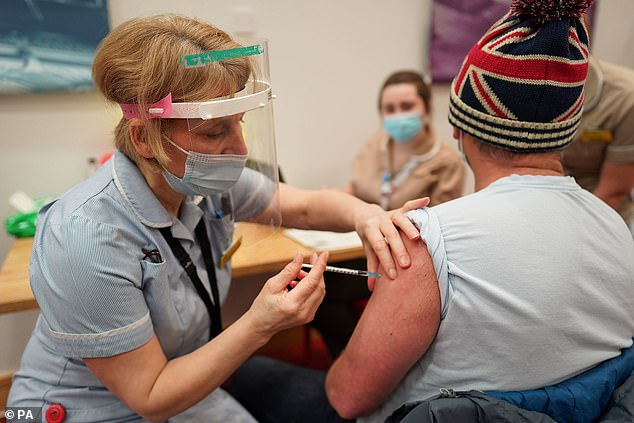 Key Worker Mark Reid from North Shields receives the Pfizer BioNTech Covid-19 vaccine at a mass vaccination hub at the Centre For Life in Newcastle, January 9 2021

Meanwhile another government source told The Telegraph: ‘Health and safety laws say you have to protect other people at work, and when it becomes about protecting other people the argument gets stronger.

‘If there is clear evidence that vaccines prevent transmission, the next stage is to make sure more and more people are taking up the vaccine.’

The source added that those with a medical reason for not being vaccinated, such as an allergy, should be exempt from the scheme – and that ministers had considered introducing new health and safety legislation.

Although there is little precedent for companies being taken to court over the decision to sack unvaccinated employees, tribunals have previously ruled in favour of bosses who have dismissed staff for failing to isolate with infectious disease, The Telegraph reports.

Nick Wilcox, a partner at employment law specialists BDBF, told the Guardian that mandatory vaccinations ‘could be an issue’, advising employers to consult workers about jabs rather than imposing them. 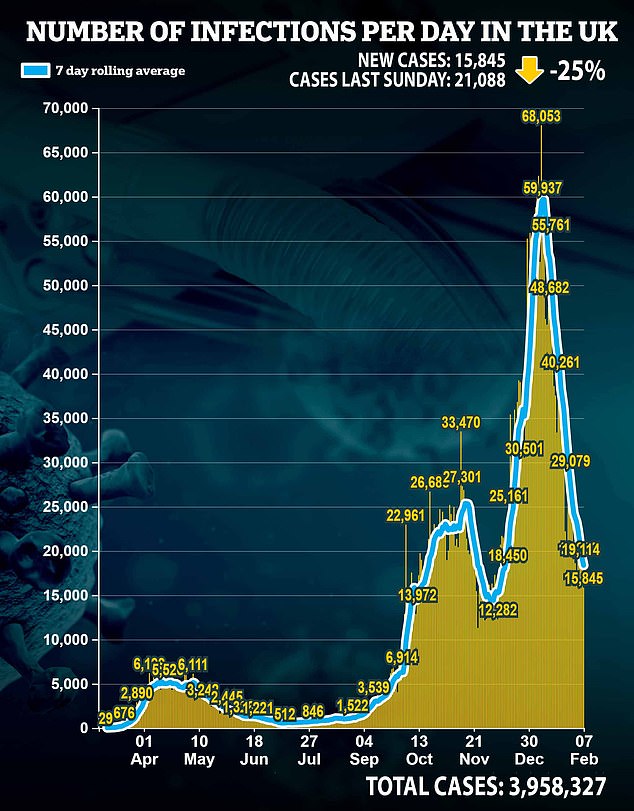 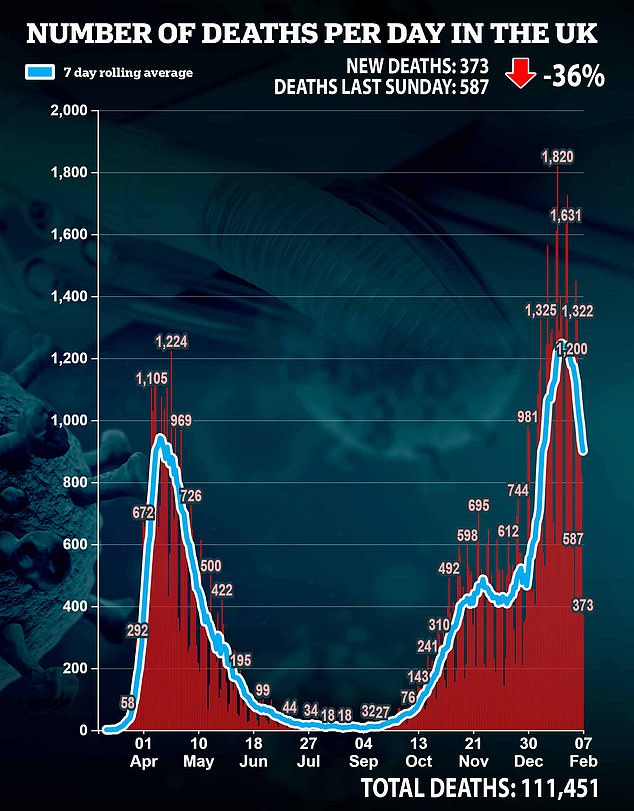 Data from the Department for Health shows that Britain recorded 15,845 cases yesterday, down by 25 per cent from 21,088 cases last Sunday. The number of daily Covid-related deaths fell 36 per cent week-on-week, from 587 last Sunday down to 373 today, the figures show

The debate comes as the number of people in the UK who have received a first dose of a vaccine passed the 12 million mark, with jabs administered at a rate of almost 1,000 per minute during a one hour period over the weekend.

Figures showed that a further 373 people had died within 28 days of testing positive for Covid-19 as of Sunday, bringing the UK total to 112,465.

Companies calling for a no jab, no job, approach could indirectly encourage other discrimination.

According to an analysis of NHS England vaccination data by the Royal College of General Practitioners mixed ethnicity, Asian and black minorities, are respectively, approximately only 33, 47 and 64 per cent as likely to receive the vaccine as white people.

Pimlico Plumbers plans to adopt ‘no jab, no job’ vaccine rule for workers but boss says he won’t sack staff who refuse it

By Faith Ridler for MailOnline

A firm of London plumbers is looking at introducing a ‘no jab, no job’ policy requiring all its workers to be vaccinated against coronavirus, its founder has revealed.

Charlie Mullins, of Pimlico Plumbers, says he has been talking to his lawyers about making the vaccine mandatory for all new hires within a few months.

The firm is also exploring how it might modify existing staff contracts, he said, although he insisted no one would be forced to receive a vaccine or be fired over the issue.

The Government has pledged to vaccinate 15 million people in Britain by mid-February, with Boris Johnson promising that 200,000 doses would be administered per day by the end of the week. 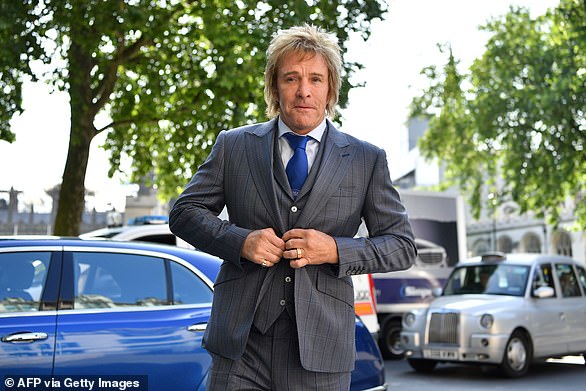 Charlie Mullins (pictured), of Pimlico Plumbers, says he has been talking to his lawyers about making the vaccine mandatory for all new hires within a few months

Vaccinations will soon be available on the High Street, alongside in around 50 hubs which will be set up in venues across the UK in a bid to get the jab to as many Britons as possible.

However, Mr Mullins told the BBC he was willing to pay for private immunisations for those at Pimlico Plumbers, should they become available.

‘We wouldn’t dream of forcing anybody but I’m pretty much certain that 99 per cent of our staff would jump at the opportunity,’ Mr Mullins said on Thursday. 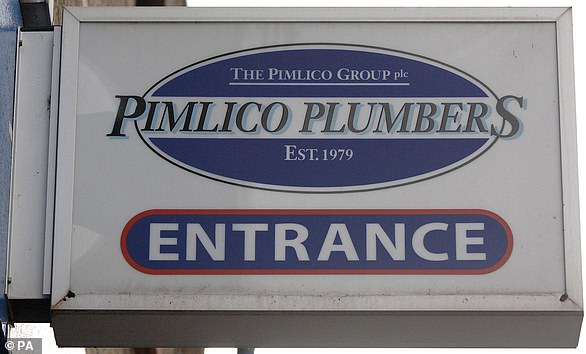 The firm is also exploring how it might modify existing staff contracts, he said, although he insisted no one would be forced to receive a vaccine or be fired over the issue

‘Who in their right mind would turn down one needle or one jab that could save your life?’

Asked whether there was a contradiction between saying contracts could be modified to require vaccines while also saying no one would be forced out, Mr Mullins presented the issue as one of persuasion rather than coercion.

‘It’s not a contradiction because I think you’ll find if you encourage people and advise them … I’m happy to pay for anyone that works for us to have the vaccine,’ he said.

The Pimlico Plumbers boss added he believes that private vaccinations will be available within a few months.

He also said he does not think people will find a ‘no jab, no job’ policy controversial.

‘Nobody moans now you’ve got to get on a plane with a negative Covid test,’ he said, referring to new rules requiring passengers arriving in Britain to provide proof of a negative test taken less than 72 hours before travel.

Many other countries have had such requirements for months.

However, despite Mr Mullins’ plans to adopt a ‘no jab, no job’ policy, lawyers have suggested this move could lead to claims of discrimination or constructive dismissal.