BORIS Johnson visited a major vaccine factory in the North of England this morning as the country prepares to ease lockdown thanks to the soaraway jabs rollout.

The PM took a tour of the AstraZeneca plant in Macclesfield, Cheshire, to learn more about the Anglo-Swedish firm's £380 million investment in upping production at the site. 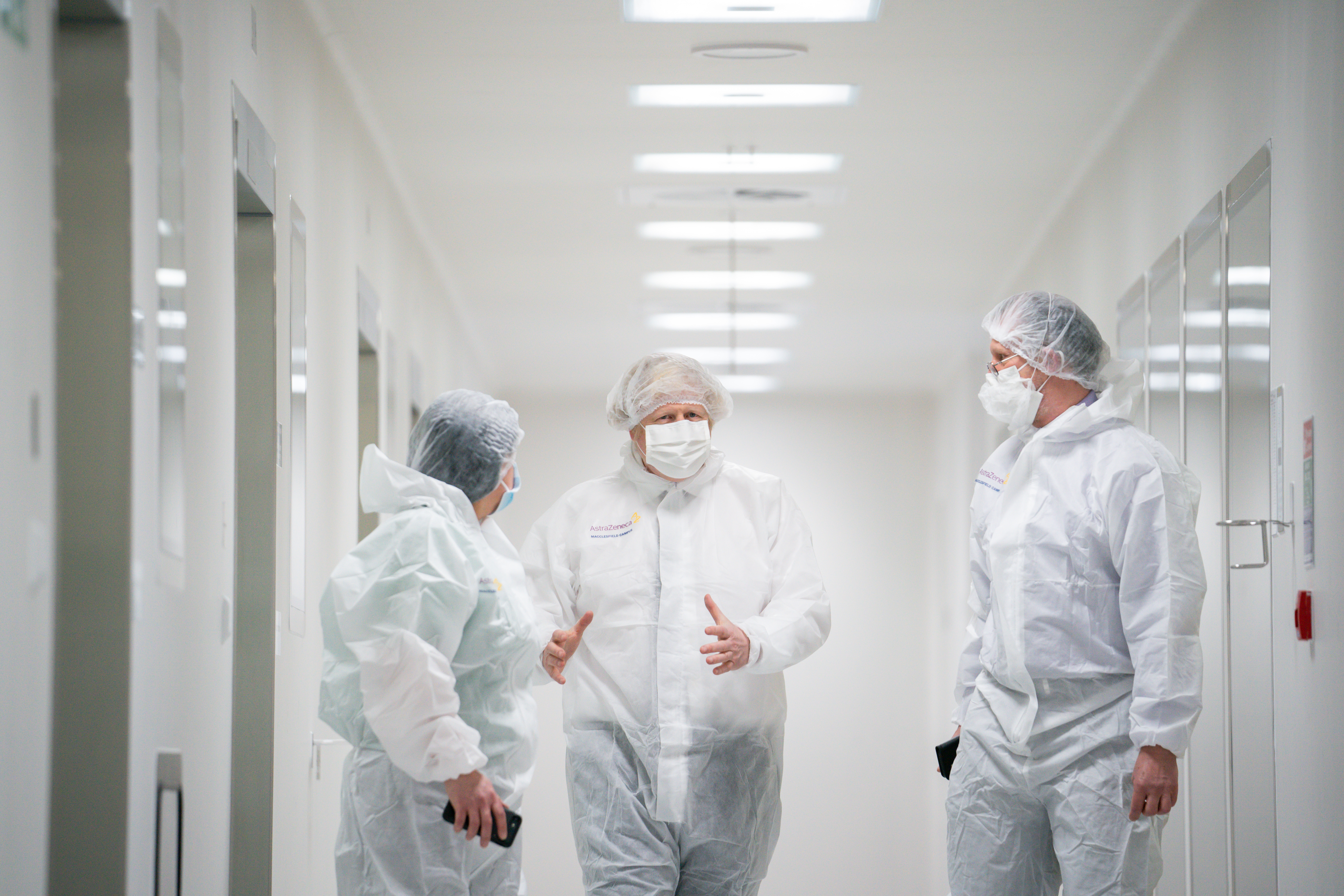 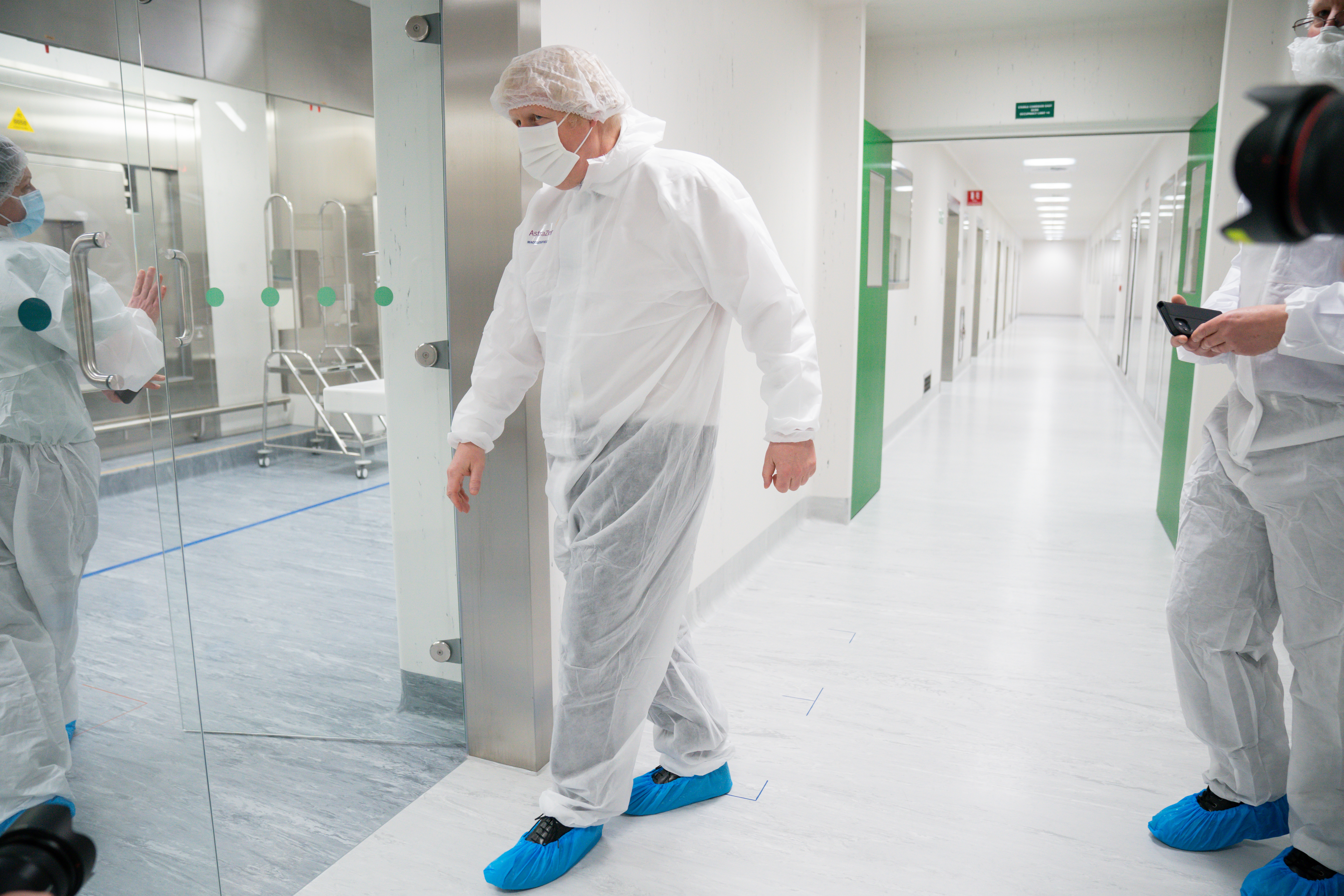 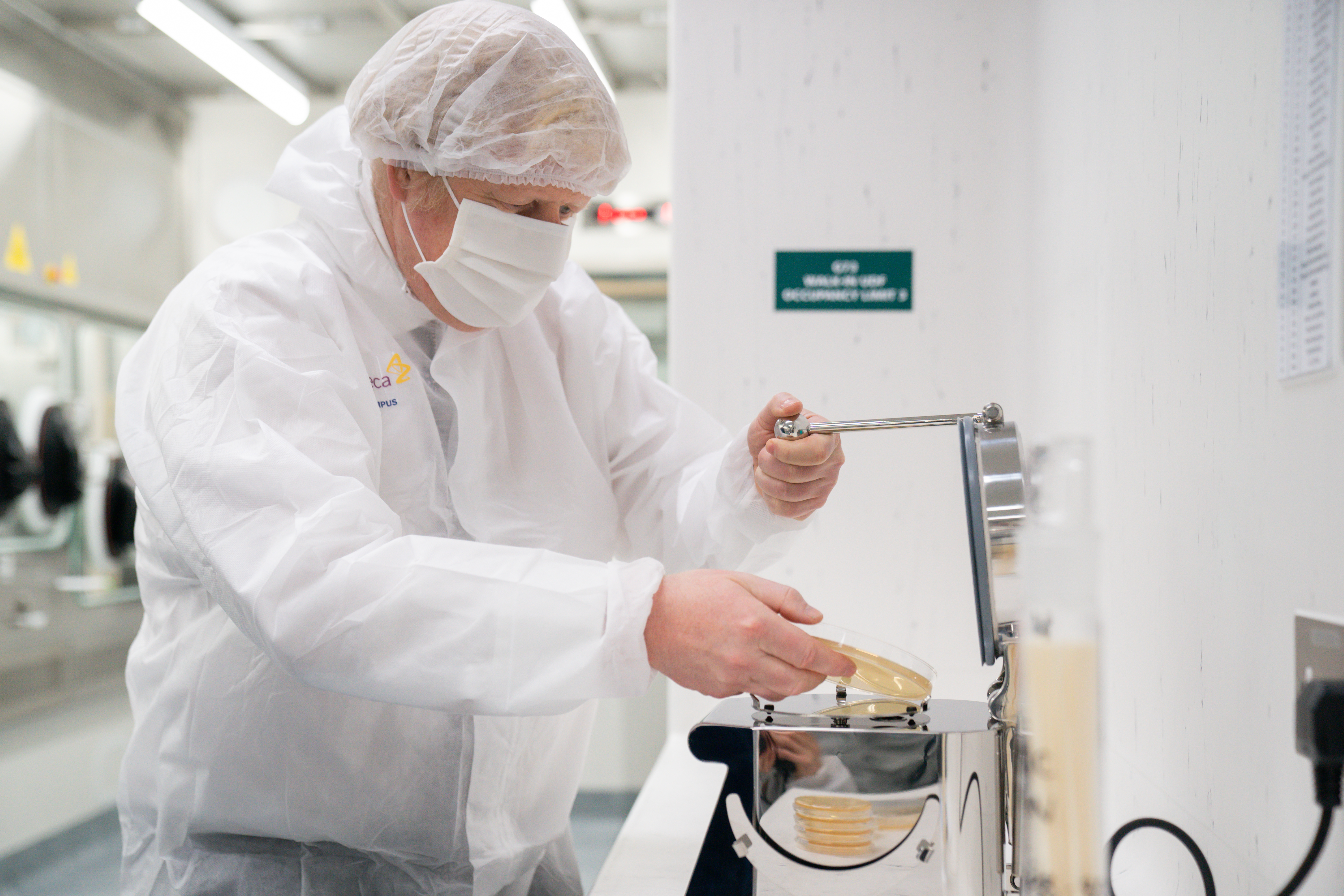 His trip came as ministers reassured people they should continue to take the AZ shot if offered it as the medicines watchdog probes "very rare" cases of blood clots in some younger recipients.

But a senior official at the European Medicines Agency claimed for the first time there is a "link" between the jab and such incidents.

The UK's own Medicines and Healthcare products Regulatory Agency (MHRA) said it has identified 30 cases out of 18.1 million doses of the jab administered up to and including March 24.

There have been seven deaths among the 30 cases, it said.

But the regulator insisted the benefits of the vaccine in preventing coronavirus outweigh any risks and it urged the public to continue coming forward for the jab.

During the visit the PM said: "The best thing people should do is look at what the MHRA say, our independent regulator.

"That's that's why we have them, that's why they're independent, and their advice to people is to get the keep going out there, get your jab, get your second jab, very very important.

"We've now done 31.5 million people in the UK with a first jab, at least well over 5 million for the second jab, we need to keep that going, 60% of adults have now been done.

"And clearly, that is starting to have a beneficial effect on the trajectory of the disease, though we have still got to be careful, we can't be complacent." 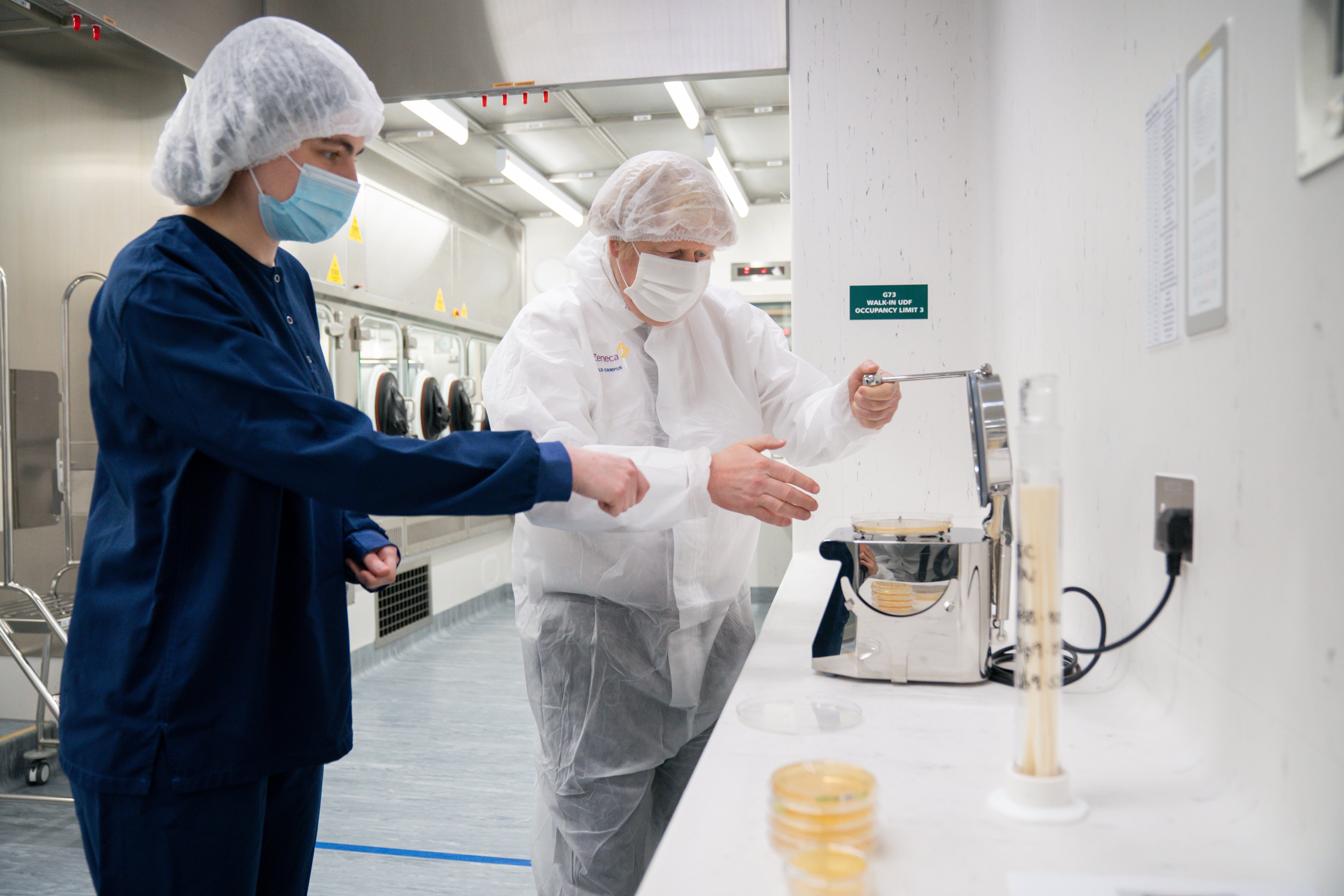 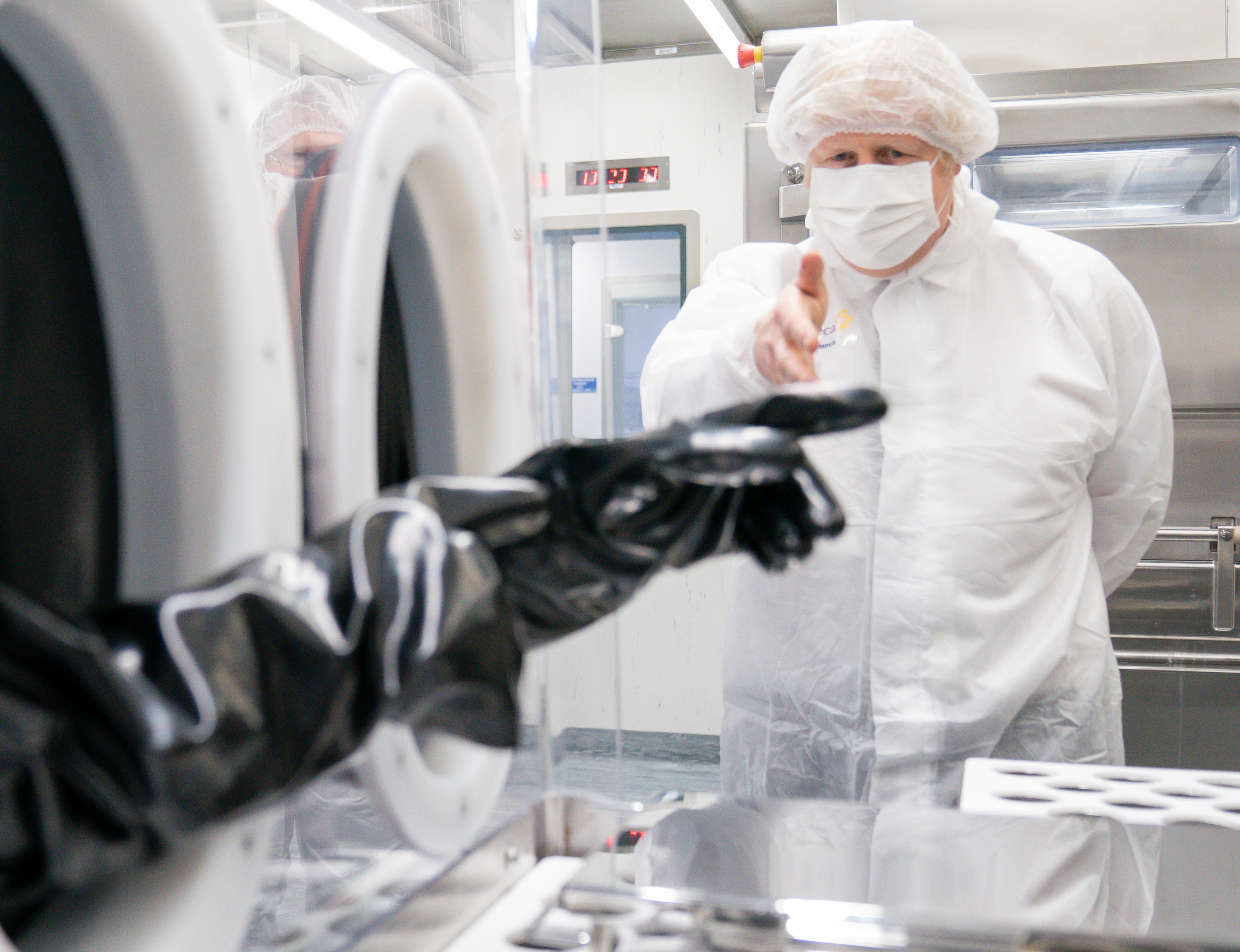 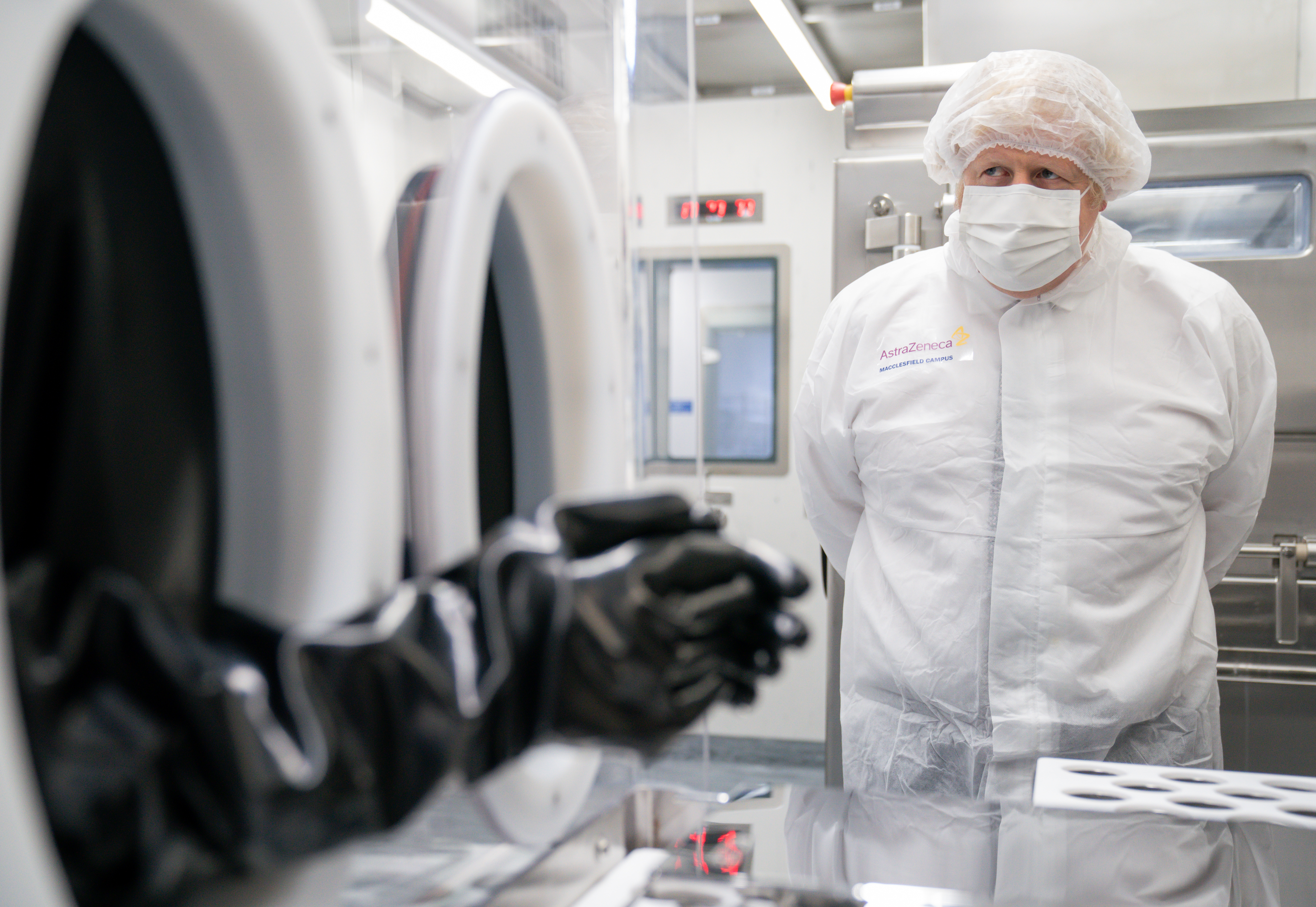 Earlier vaccines minister Nadhim Zahawi said the regulator would look "very carefully" at the incidents but people shouldn't have any concerns about taking the jab.

He said: "The MHRA have been looking at this all the time and they've been very clear the benefits of the vaccine far outweigh any of these rare incidents of risk.

"Between December and the end of February the vaccination programme has saved 6,300 people over 70 from dying, so that puts it in perspective."

Today a top official at the European Medicines Agency said for the first time that there is a link between the jab and blood clots.

Marco Cavaleri told Italy's Il Messaggero newspaper: "In my opinion, we can say it now, it is clear there is a link with the vaccine. But we still do not know what causes this reaction.

"We are trying to get a precise picture of what is happening, to define in detail this syndrome due to the vaccine.

"Among the vaccinated, there are more cases of cerebral thrombosis among young people than we would expect."

Several European countries including Germany, France, Spain, and the Netherlands have restricted the jab's use in younger people over the concerns.

The EMA had previously said a link between the vaccine and rare blood clots was possible though unproven, and that its benefits in terms of saving lives from Covid far outweighed any risks.

It came as the EU failed to hit one of its first major targets in the latest blow to the bloc's shambolic jabs rollout.

The latest official data shows just 57 percent of over-80s and 63 percent of healthcare workers have received a shot across the club – a goal the UK hit way back in February.

Brussel's vaccines tsar Thierry Breton blamed AZ for the snail-paced programme, claiming: "If we had received the 100 percent of AstraZeneca's vaccines that were contracted to us, the European Union would be at the same level today as Great Britain in terms of vaccines."