Rio de Janeiro: Brazilian President Jair Bolsonaro is standing by the justice minister who is accused of improperly coordinating with prosecutors when he was a high-profile anti-corruption judge.

Bolsonaro said Sergio Moro had revealed the "promiscuity" of power and corruption – an accomplishment which had "no price." Moro was the face of the Car Wash investigation which put former president Luis Inacio Lula da Silva in jail. 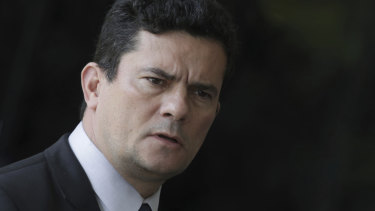 It is the first time that Bolsonaro has addressed the issue since news site The Intercept published on Sunday leaked documents and chat messages allegedly showing Moro offered guidance to prosecutors of the task force to influence the course of last year's presidential campaign.

The case eventually prevented Lula from running in the election.

Moro and prosecutors deny any wrongdoing. But the Brazilian Bar Association has called for the suspension of the minister and others pending an investigation.