States across India have begun declaring a “black fungus epidemic” as cases of the rare fatal infection surge among patients recovering from COVID-19. A leading doctor in India has warned “the black fungus infection has now become more challenging than Covid”. Dr VP Pandey, head of the Maharaja Yeshwantrao Hospital’s department of medicine, told the BBC the death rate among those infected “can go up to 94 percent”.

India has reported nearly 9,000 cases of the deadly “black fungus,” also known as mucormycosis, as the infection continues to grip the country.

So far five states in India – Tamil Nadu, Odisha, Gujarat, Rajasthan and Telangana – have declared black fungus to be an epidemic.

More states are expected to follow in the coming days.

Neighbouring country Bangladesh is already preparing for guidance on black fungus amid fears that cases could spill across borders.

Thousands of coronavirus patients in India had to have their eyes or jaw removed to stop the spread of the disease.

Signs of the condition include discolouration of the eyes and nose, blurred vision, chest pain, and breathing difficulties. 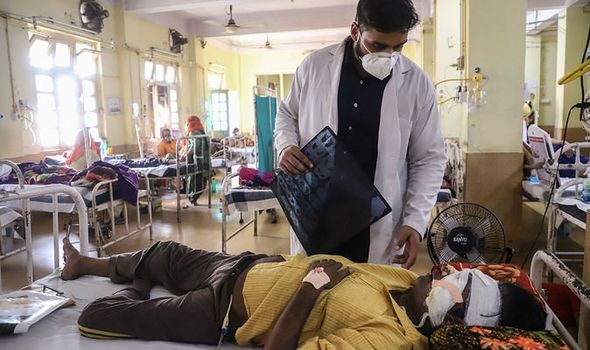 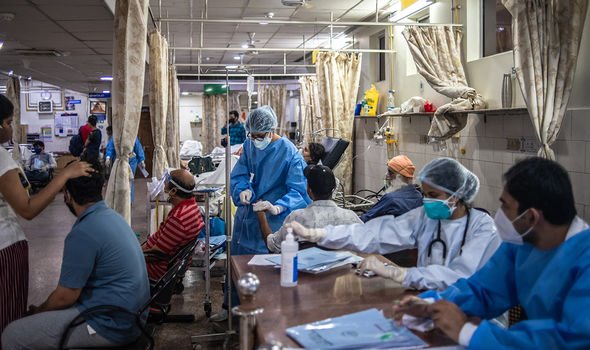 Doctors suggest there is a link between infection and the steroids used to treat Covid, with diabetics thought to be at particular risk of infection.

India has the second highest rate of diabetes in the world.

Al Jazeera’s Elizabeth Puranam reported from New Delhi: “Doctors believe the use of steroids to treat severe COVID-19 could be contributing to the condition of the pre-diabetic population.”

Dr Manish Munjal said the steroids “really jacks up sugar levels” and “provides an excellent opportunity for an invasive fungal infection to take root and spread”.

One doctor told Al Jazeera that normally hospitals would see “two cases a year” but now each doctor is seeing “six patients a day”.

Medical experts told the BBC the infection seems to strike 12 to 18 days after recovery from Covid. 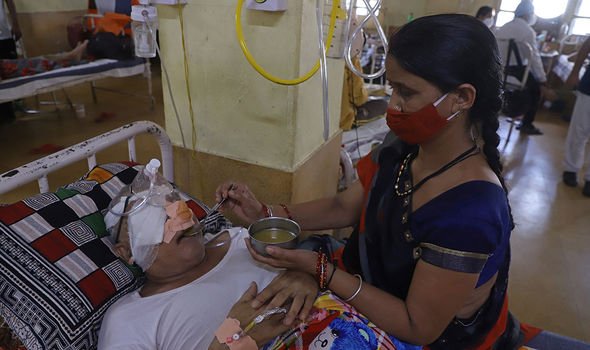 Dr Pandey said: “This surge in patients was definitely unexpected. We used to see one or two cases a year previously.

“If patients are not treated in time and properly, then the mortality rate can go up to 94 percent.

“The cost of treatment is expensive, and the drugs are in short supply.”

Kate Middleton’s uncle slams Meghan for ‘throwing her under the bus’ [INTERVIEW]
Putin wants Britons ‘to get used to’ Russian submarines [VIDEO]
Eurovision POLL: Should the UK boycott the song contest? [POLL] 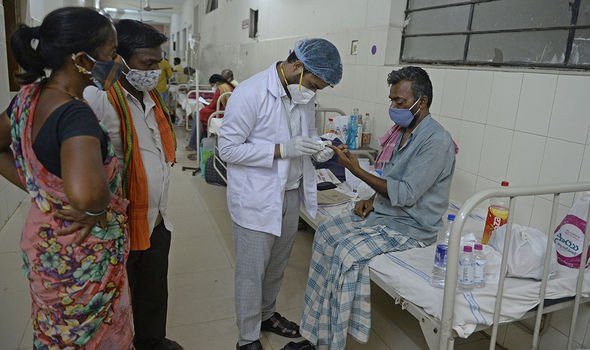 The disease is caused by fungal spores found in soil and organic matter and usually inhaled by humans from the air.

If not stopped, the infection will spread fatally into the brain.

Dr Akshay Nayar, an eye surgeon who has treated a number of patients, told the BBC said that all patients with black fungus had abnormal blood sugar levels.

Dr Amit Thadhani, the director of Niramaya hospital in Mumbai, echoed this, saying: “Nearly all patients are diabetic or immunocompromised.”

This new epidemic has complicated India’s fight against coronavirus, which is finally stabilising according to government officials, following a catastrophic second wave.

Prime Minister Narendra Modi tweeted: “In this battle of ours, another new challenge of black fungus has also emerged these days.”