Bill Clinton, 76, said that Republicans are only able to ‘close’ in midterm elections because ‘they scare people’ into thinking they need to vote in right-leaning politicians.

The former Democratic president said that his party could hold onto the House and Senate in November’s election if they ‘say the right things’ – suggesting that Republicans are better at embellishing to make their cause seem more dire.

While early predictions pointed to a Republican bloodbath in the 2022 midterms, more recent polling has shown Democrats and the GOP at a tie or close to one when asked which party likely voters would rather see control Congress.

An often-repeated historical pendulum pattern shows Congress flipping to the opposite party than a new president in the midterms two years after they are sworn into office.

President Clinton, who was in office from 1993 to 2001, thinks the pattern can be broken this year.

‘We could hold both of these houses,’ Clinton said to CNN’s Fareed Zakaria in a Sunday interview. 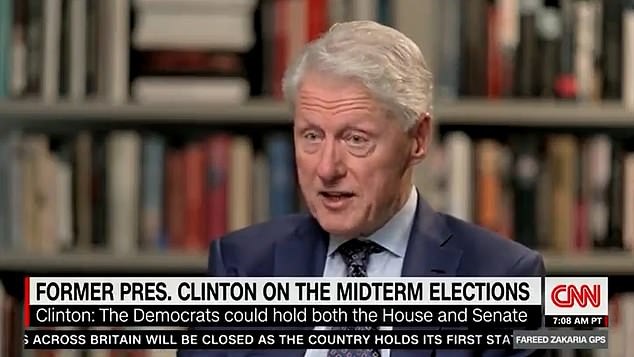 ‘But we have to say the right things – and we have to know that the Republicans always close well. Why? Because they find some new way to scare the living daylights out of swing voters about something,’ he continued.

An example Clinton used was throughout the elections in 2021 when he said that Republicans were appealing to their anti-Critical Race Theory voters by using the issue as a single-issue campaign platform.

The GOP was successfully able to campaign on education issues, winning some key elections by promising parents more say in their children’s schooling.

Virginia Governor Glenn Yougkin was able to win his race against former Democratic Governor Terry Mcauliffe by focusing on education in the 2021 Virginia gubernatorial election.

‘And it wasn’t being taught at any public schools in America,’ he insisted. ‘They didn’t care. They just scare people.’ 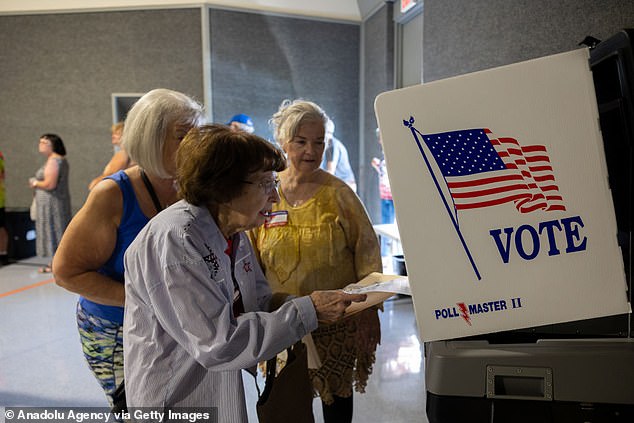 He claimed ‘Republicans always close well. Why? Because they find some new way to scare the living daylights out of swing voters about something’

There are less than two months until voters will head to the polls for the 2022 midterms, which will decide the fate of the House and Senate.

Democrats are trying to hold onto their razor-thin majorities in both chambers.

The Senate is split 50-50, meaning that Vice President Kamala Harris is the only thing keeping Democrats in the majority in the upper chamber right now. If just one seat is lost to Republicans, the Senate will flip red.

There is a slightly larger margin in the lower chamber – but not by much. House Speaker Nancy Pelosi can only afford to lose a handful of seats if she wants to maintain a Democrat control of the House.