BBC reporter tells of her heartbreak after her mother, 86, who had Parkinson’s and dementia-hit father, 87, both died of Covid within six weeks of each other

A BBC journalist was left heartbroken after losing both her parents to coronavirus within the space of six weeks.

Cathy Killick’s father Ted, a former Army gunner, died on December 2 in his care home aged 87 and her mother Elizabeth died at home on January 12.

Elizabeth, an ex-primary school teacher who had Parkinson’s, tested positive for the virus in hospital after suffering a stroke two days before her husband’s funeral.

The couple lived together at a care home in Leeds, West Yorks, just ten minutes from Cathy’s house and had been married for 63 years.

Ted who had dementia, lived on the top floor of the care home while Elizabeth lived on the ground floor with fewer staff as she was quite independent.

Elizabeth was unable to return to the care home after testing positive for Covid in hospital so returned home where Cathy cared for her in her final days. 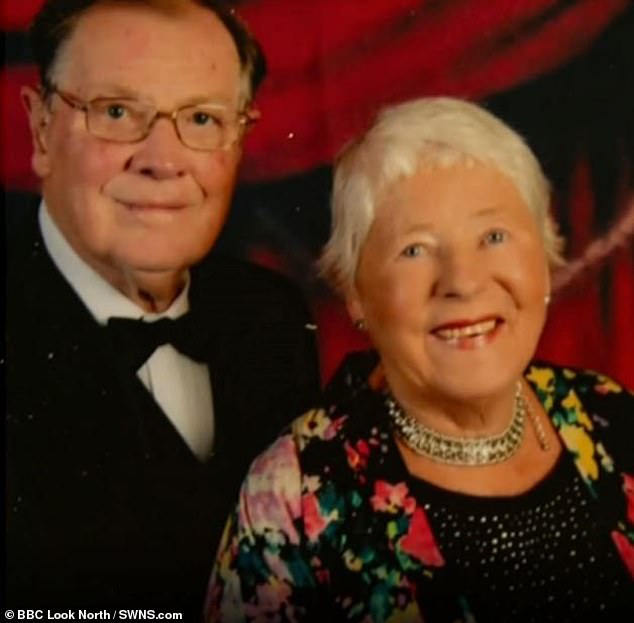 Ted and Elizabeth Killick, parents of BBC Look North reporter Cathy Killick, died within six weeks of each other of Covid-19 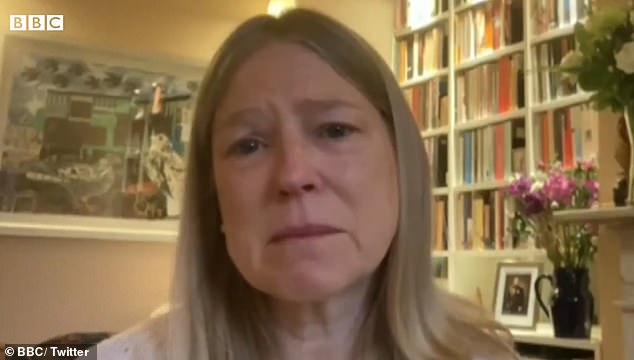 Cathy, a senior reporter at BBC Look North, broke down during an emotional piece to camera in which she shared her personal story of grief.

She said: ‘I’ve been a reporter for the BBC for more than 30 years. In that time I’ve interviewed dozens of people who have experienced loss.

‘I’ve done my best to convey their emotion faithfully – not having experienced it myself.

‘Now I find I am one of those people. I lost both my parents to COVID-19 within six weeks – my dad just before Christmas on December 2, my mum just after on January 12. 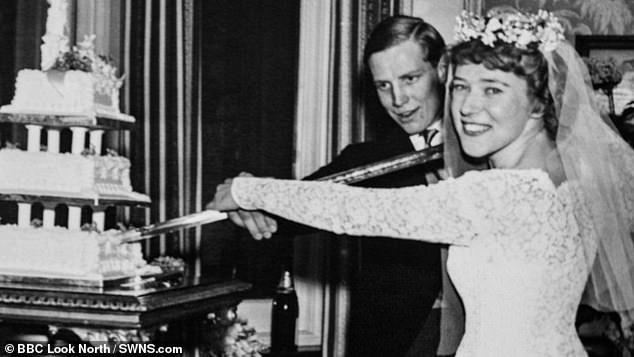 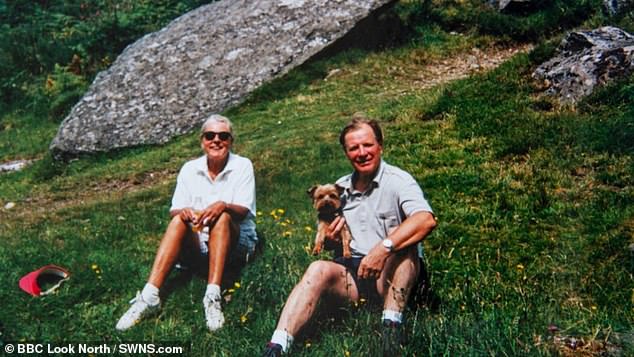 Ted and Elizabeth Killick were married for 63 years and lived together at a care home in Leeds, West Yorks 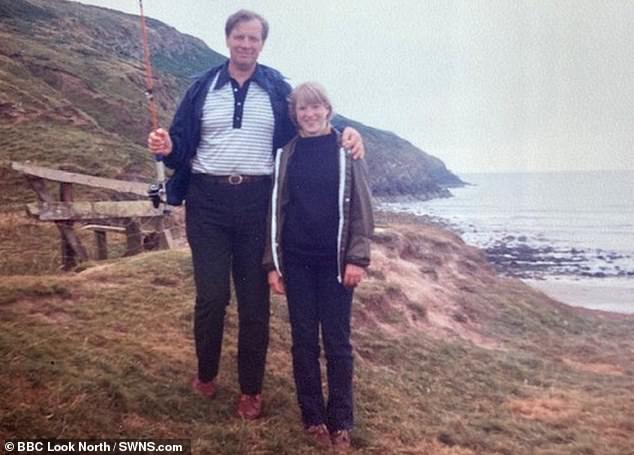 Ted Killick, described as a feminist by his daughter, proudly stands with Cathy during a fishing trip 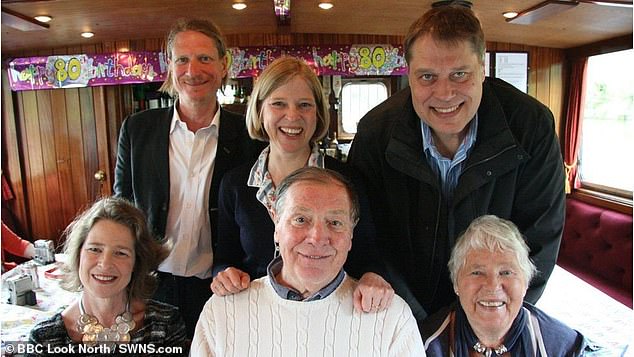 Ted and Elizabeth surrounded by their four children, (from left) Jenny, Jeremy, Cathy and Tim during a birthday celebration

‘Journalism can only exist if people are willing to share their stories, so I’m going to share mine, not because I’m brave, but because I owe them.’

Brave Cathy also gave thanks to the care-home staff, nurses and other carers who looked after her parents in their final days.

She explained her dad had ‘very limited’ visits during the pandemic and was not able to see his wife.

Cathy herself only saw her dad only a ‘handful of times’ between March and December for short periods wearing PPE. 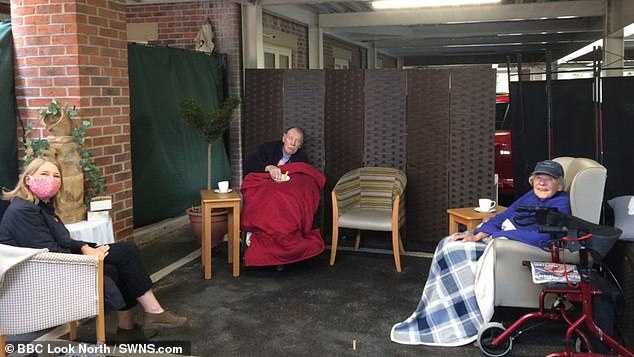 Cathy enjoys a Covid-19 safe visit with her parents during the pandemic at their care home in Leeds, West Yorks 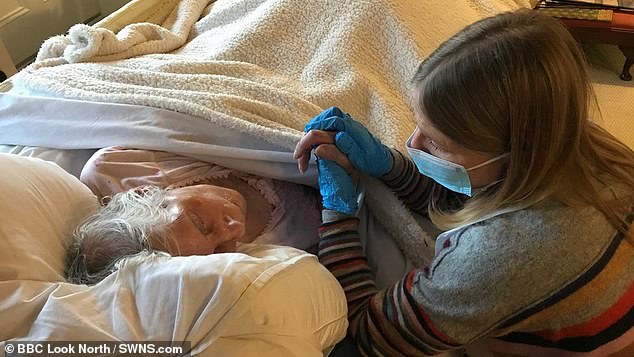 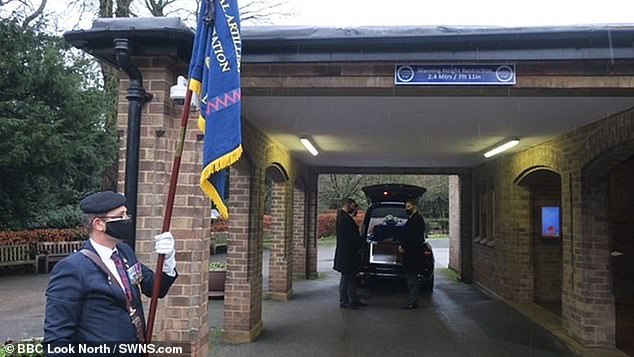 She said: ‘I’m haunted by the thought that he felt abandoned by me and my mum.

‘He didn’t really understand anything about the virus as his dementia was quite severe.

‘I think the staff and the carers did everything they could to keep him safe. They risked their own health to take care of him.

‘I won’t have a word said against them, they were dedicated and unflagging.’

‘This virus exploits us, it exploits our selfishness and it exploits the love we feel for people and how we want to be with them and I can’t wait for it to be over.

‘But that’s only going to happen with kindness and support for the people around us because that truly is the best of us, the best of what makes us human.’