The BBC was forced to abandon its live broadcast using 5G today after it lost the picture and suffered a poor signal.

Journalist Sarah Walton was attempting to report live over a 5G mobile connection from Covent Garden in London but the broadcast was beset by problems.

The irony was clearly not lost on BBC News anchor Clive Myrie, who was left in hysterics as he attempted to deliver the lunchtime bulletin. 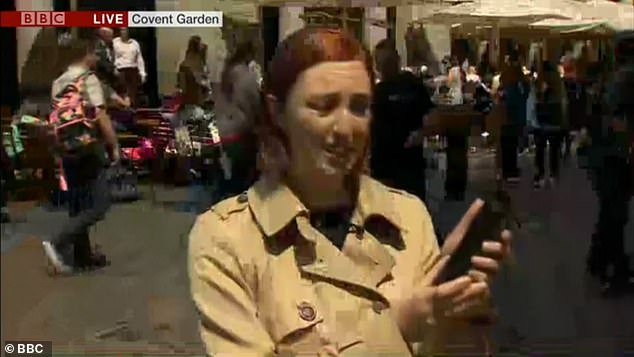 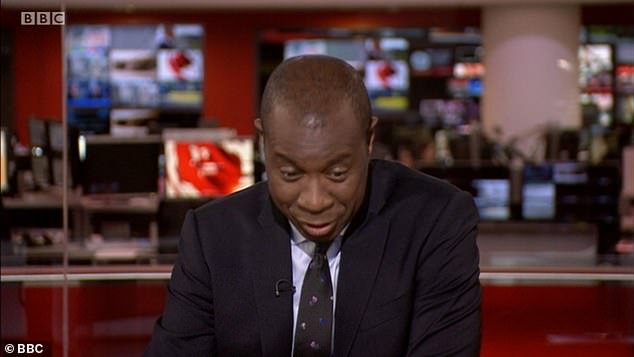 Mr Myrie shook his head and laughed as he apologised to viewers for the technical difficulties.

The presenter apologised to viewers saying, ‘I’ll have to interrupt you because bizarrely the 5G line isn’t working properly’.

This comes after BBC technology correspondent Rory Cellan-Jones this morning revealed he had Parkinson’s, after viewers spotted his hands shaking on air.

The 61-year-old revealed his diagnosis on Twitter after viewers noticed his right hand shaking on BBC Breakfast, as he was demonstrating the first ever live TV broadcast to be carried out over 5G.

EE made its 5G network available to the public today.

The BT-owned operator is initially launching in six cities – London, Cardiff, Belfast, Edinburgh, Birmingham and Manchester – with more to follow before the end of the year and into 2020.

5G technology is the next generation of mobile network and is expected to offer internet speeds several times that of current generation 4G. 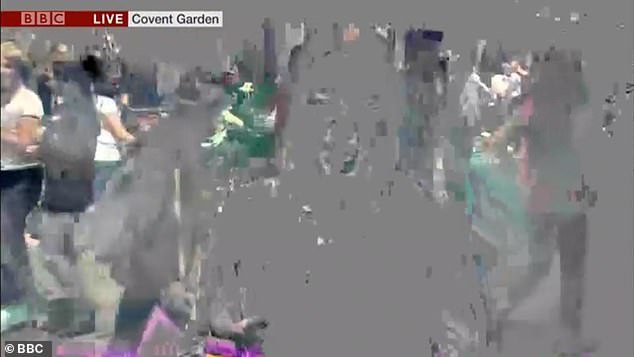 This afternoon’s BBC News at One, which saw a live broadcast using 5G having to be abandoned as it lost its picture and had poor signal 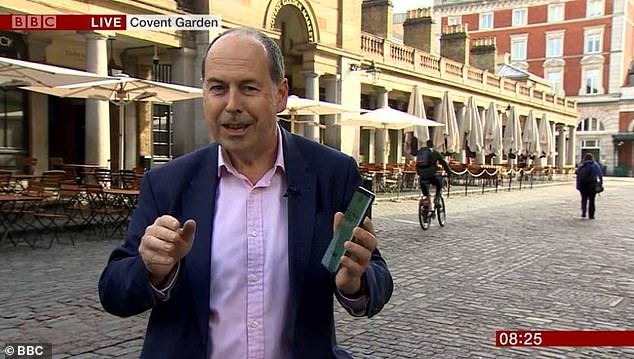 A number of 5G-capable handsets are available from Samsung, OnePlus, LG, HTC and Oppo, but Huawei has been left off amid ongoing tensions between the US and the Chinese company.

EE is planning to reach 1,500 sites by the end of 2019, including the “busiest parts” of Bristol, Coventry, Glasgow, Hull, Leeds, Leicester, Liverpool, Newcastle, Nottingham and Sheffield.

The operator celebrated the launch on Wednesday evening with a 5G-powered gig by London rapper Stormzy.

Fellow mobile operator Vodafone has confirmed it will launch 5G across seven cities in the UK on July 3, with another 12 cities to follow by the end of the year.