The confirmation hearing for Supreme Court nominee Amy Coney Barrett began Monday morning, with Democrats focusing on what her vote could mean for the Affordable Care Act, which is being challenged by the Trump administration and a number of Republican states in a case coming before the court this term.

Democrats on the Senate Judiciary Committee came equipped with large posters showing photos of Americans who they say would lose their health care if the Supreme Court were to overturn the ACA, also known as Obamacare. Barrett has written she disagrees with Chief Justice John Roberts’ 2012 opinion that upheld the ACA. Justice Ruth Bader Ginsburg, who died last month, was in the majority upholding the ACA in the case eight years ago.

Republicans in their opening statements highlighted Barrett’s academic qualifications and her prolific career as a law professor and judge, while raising seven children.  Democrats kept their focus on how Barrett’s vote could affect upcoming decisions, especially about health care.

“The president has promised to appoint justices who will vote to dismantle that law,” said ranking Democrat Dianne Feinstein in her opening remarks. “As a candidate he criticized the Supreme Court for upholding the law and said, ‘If I win the presidency, my judicial will do the right thing, unlike Bush’s appointee John Roberts on Obamacare.’ And when he appointed Judge Barrett to fill Justice Ginsburg’s seat, the president said that eliminating the Affordable Care Act would be ‘A big win for the USA.’” 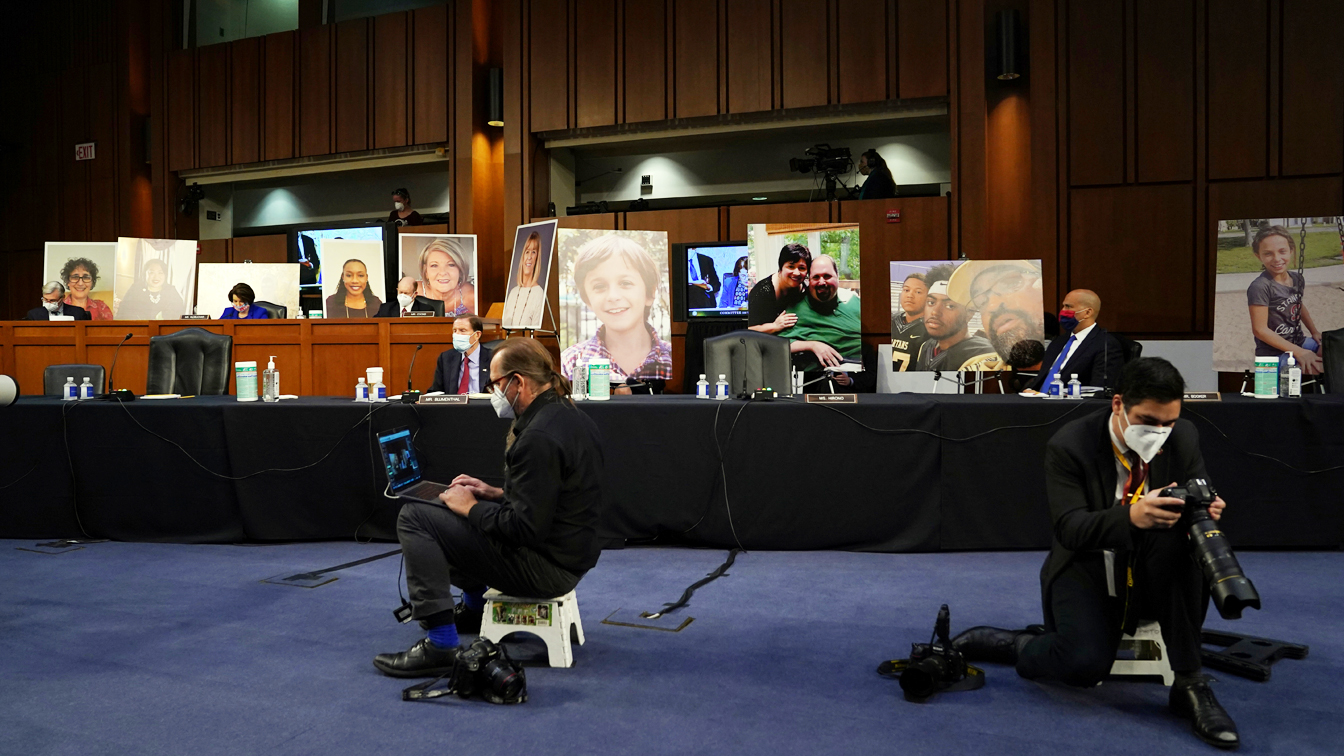 “This Supreme Court nominee has signaled in the judicial equivalent of all caps that she believes the Affordable Care Act must go and that the precedent protecting the ACA doesn’t matter,” said Sen. Sheldon Whitehouse, D-R.I. “The big secretive influences behind this unseemly rush see this nominee as a judicial torpedo they are firing at the ACA.”

“President Trump has promised over and over and over again that he would repeal the Affordable Care Act,” said Sen. Chris Coons, D-Del. “He ran on that promise but despite his very best efforts, he failed. My Republican colleagues here and in the house have voted over and over and over to repeal the Affordable Care Act since it was passed a decade ago but thankfully for the people of our nation and my state they too have been unsuccessful. And yet today to make good on that promise to achieve what they could not accomplish through the democratic processes, they’re looking to the courts, in fact, to the court, they’re looking to this nominee.”

Sen. Ted Cruz, R-Texas, tried to turn that argument around, insisting it was Democrats who wanted the court to do their work for them by upholding Obamacare, whose fate should be decided by Congress, reflecting the will of the people. But Republicans attempted unsuccessfully to repeal the ACA in Congress in 2017 when they controlled both chambers and the White House. After their legislative failure to repeal former President Barack Obama’s signature achievement, they turned to the courts.

Coons also brought up several other contentious issues that could come before the court, including the right to abortion, gay marriage, and even access to contraception, which was decided back in 1965. Cases that could result in overturning or restricting Roe v. Wade are making their way to the Court, and gay marriage continues to be a controversial issue on the right. It’s not clear what the potential legal threat to contraception might be. But by and large Democrats tried to make the hearing about health care. 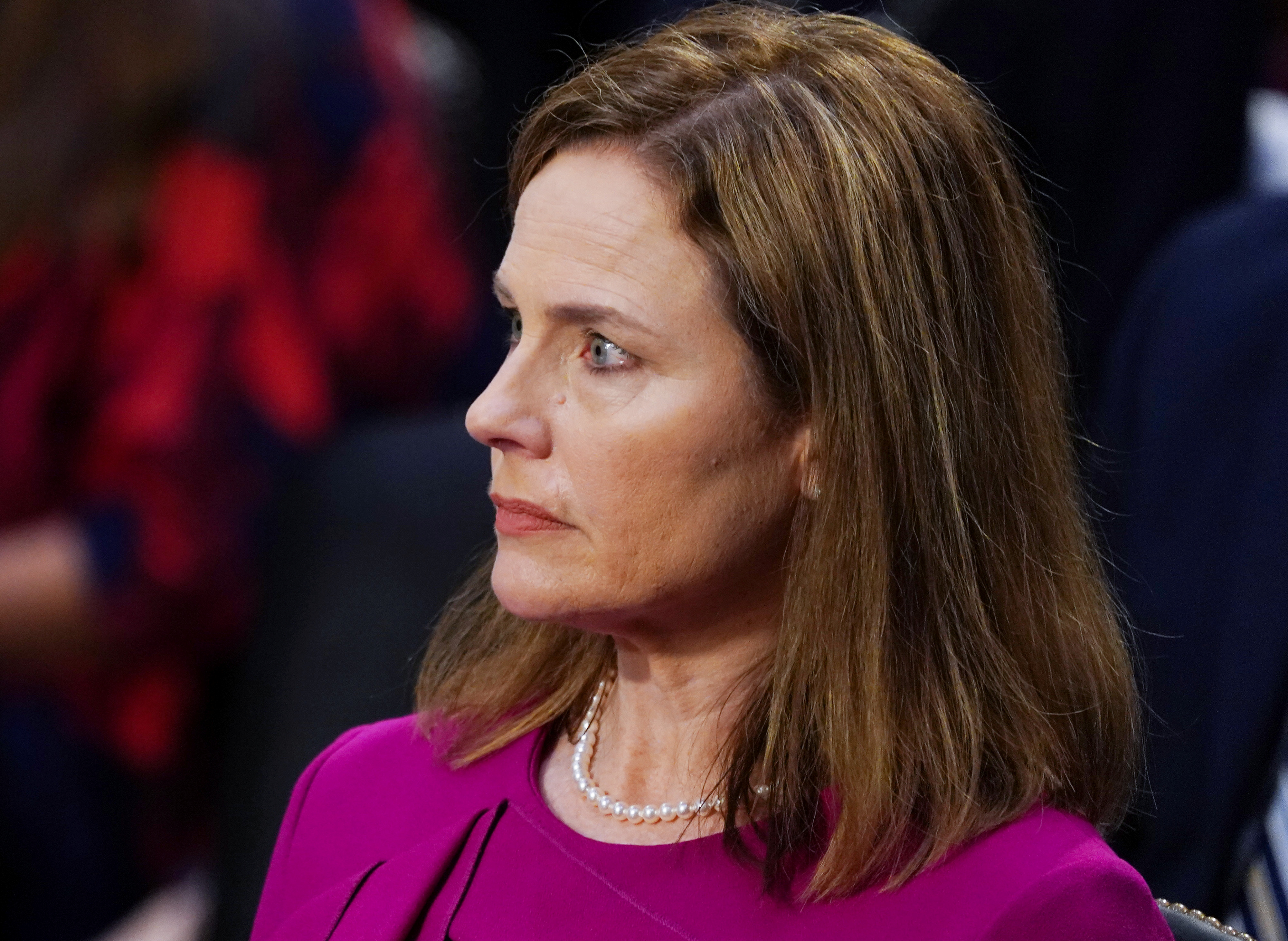 Next month, the Supreme Court will hold a hearing on Texas v. California, a lawsuit backed by a number of Republican-controlled states and the White House that seeks to overturn the ACA. If the Republicans’ expedited timeline for Barrett’s confirmation is successful, she would be on the bench to rule on that case. While many legal observers think the case is weak enough that it might not prevail even with Barrett seated, that wouldn’t preclude the possibility of a different ACA-related lawsuit making its way to the court.

Without protections for preexisting conditions provided by Obamacare, the Kaiser Family Foundation estimated in 2016 that up to 52 million people could be denied coverage. Millions more would lose insurance if the Medicaid expansion that was adopted by dozens of states and Washington, D.C., is killed.

Sen. Chuck Grassley, R-Iowa, said that Barrett would not vote to overturn the ACA because she is a mother. (The four justices who voted to repeal the ACA in 2012 were fathers.)  Cruz argued that every single senator was in agreement in supporting protections for pre-existing conditions, but despite Trump’s executive order establishing it as a goal of his administration, neither the White House nor the Republican majority in the Senate has come up with a workable replacement for Obamacare. Requiring insurance companies to cover pre-existing conditions is meaningless without a mechanism to make it affordable.  Cruz himself has voted multiple times to repeal the law, and shut down the government in 2013 over his opposition to Obamacare.

In June, the Trump administration filed a brief to the Supreme Court urging it to overturn the ACA in the case backed by 20 Republican-led states. The brief included a section arguing that the ACA’s protections for those with preexisting conditions must be overturned as well, contradicting Trump’s repeated statements that he and Republicans supported maintaining them.

A Fox News poll released earlier this summer found that a record high of 56 percent of U.S. voters had a favorable view of Obamacare, which was up 4 percent from the prior year. In September, a Morning Consult poll found a record-high 62 percent support for the legislation.