Authorities identify 65 bodies and recover 5,000 human bone fragments that were discovered in a clandestine grave in Mexico

Activists searching for their missing loved ones revealed that 65 bodies and at least 5,000 human bone fragments were recovered from a clandestine grave in Mexico.

The group, Solecito Collective, made the announcement Wednesday as authorities in the Gulf state of Veracruz continue the search for additional corpses and body parts, according to Spanish news agency EFE.

The secret burial spot was discovered near a lagoon in the Veracruz fishing port town of Alvarado back in March 2017.

The search for the burial site located in an area known as El Arbolillo was ordered under the watch of then Veracruz State Attorney General, Jorge Winckler Ortiz. 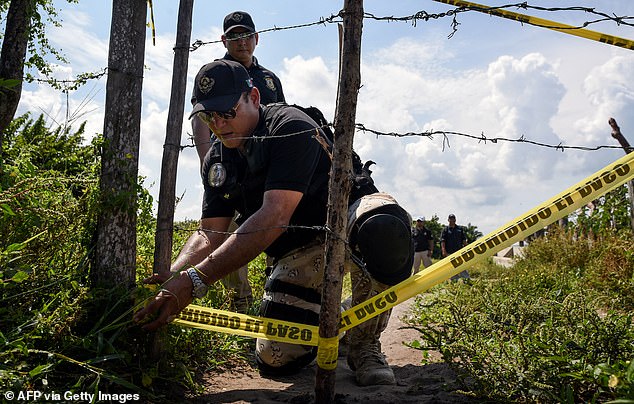 Solecito Collective, a group dedicated to the search of people reported missing in Mexico, announced Wednesday that 65 bodies and at least 5,000 human bone fragments were recovered from a clandestine grave in the state of Veracruz since 2020. Pictured above i a member of the Veracruz State Attorney General’s Office securing the burial site in the town of El Arbolillo that was initially discovered in March 2017 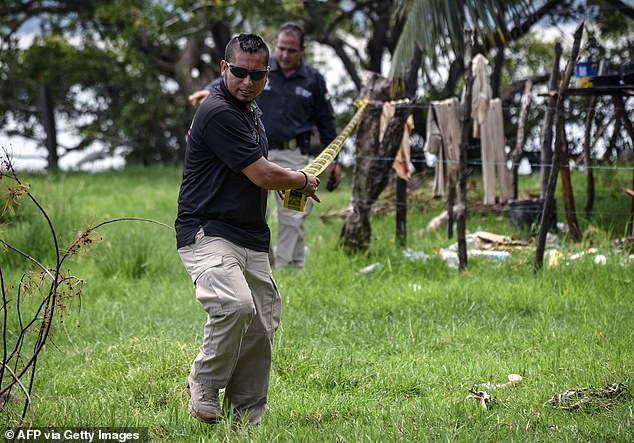 Members of Veracruz state police (pictured on September 7, 2018) work at the site of a mass grave in the town of Alvarado set up a perimeter where an exhumation took place 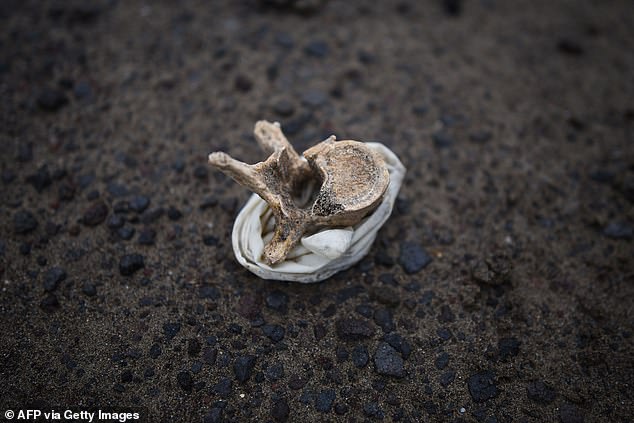 A human vertebra inside a latex glove is pictured at the site where a clandestine grave was found in Colinas de Santa Fe, Veracruz, in 2016. The burial site is said to be the biggest discovered in Latin America

State and federal authorities spearheaded the search along with the assistance of members of Solecito Colectivo before the operation was abruptly halted only two months after it had been initiated in 2018.

Solecito Colectivo founder Ángeles Díaz Gaona told EFE that the operation was limited to barely five weeks in 2020 due to the COVID-19 pandemic and resumed in February without skipping a beat after the group pressured Governor Cuitláhuac García and State Attorney General Veronica Hernández.

It’s believed that the victims were casualties of a long-running war between cartel and the government, and were murdered between 2011 and 2012. 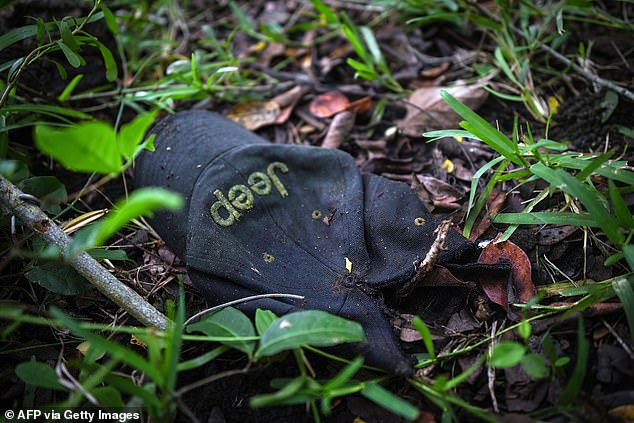 A hat belonging to a missing person reportedly buried at a mass grave that was discovered in 2017 in Alvarado, a town in the Mexican Gulf state of Veracruz. Search for bodies started in 2018 but was stopped two months into the operation under orders of then State Attorney General Jorge Winckler Ortiz. Searches began exhumations on the site in 2020 and paused due to the pandemic before resuming in February. Since then 65 bodies and a nearly 5,000 human remains have been found 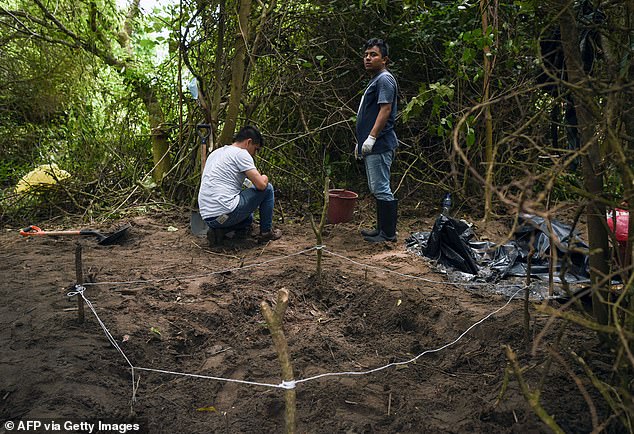 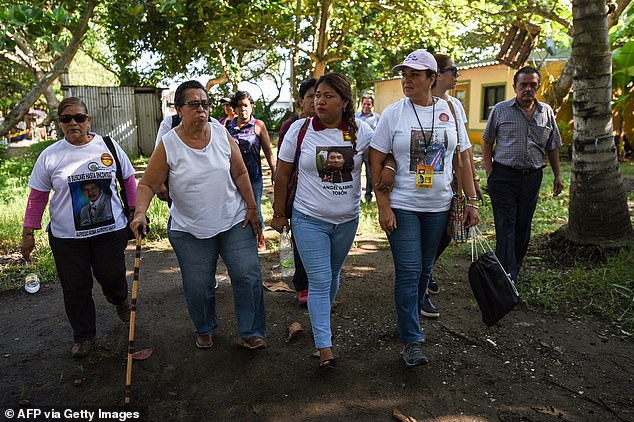 Relatives of missing people arrive on September 17, 2018 at the site where a mass grave was found in El Arbolillo, a community in the city of Alvarado that is located in the Mexican Gulf state of Veracruz 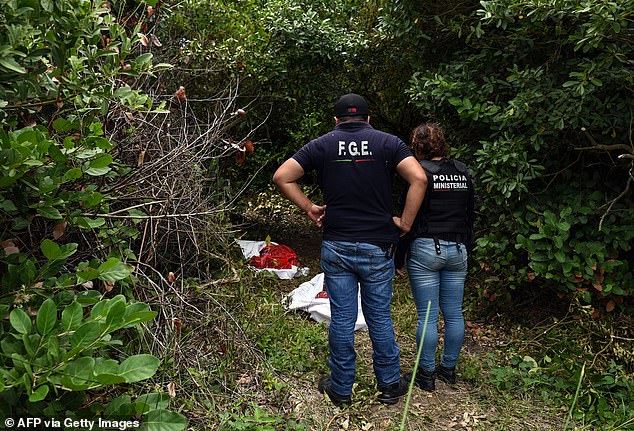 Police officers stand guard near the site of a mass grave in Alvarado, Mexico, on September 7, 2018

Díaz Gaona estimates that mass grave in El Arbolillo could be much bigger than the one that was discovered in 2016 in the Veracruz town of Colinas de Santa Fe – considered to be the largest to date in Latin America – where 300 bodies and more than 22,000 human remains were removed.

‘If we continue (searching) it is possible that it could be,’ she said.

Government data shows that 90,148 people have been reported missing in Mexico.

At least 479 clandestine burial sites were located between September 2020 and July 2021. During that period authorities recovered 1,048 bodies, but only identified 239. A total of 96 bodies were returned to families for proper burial.