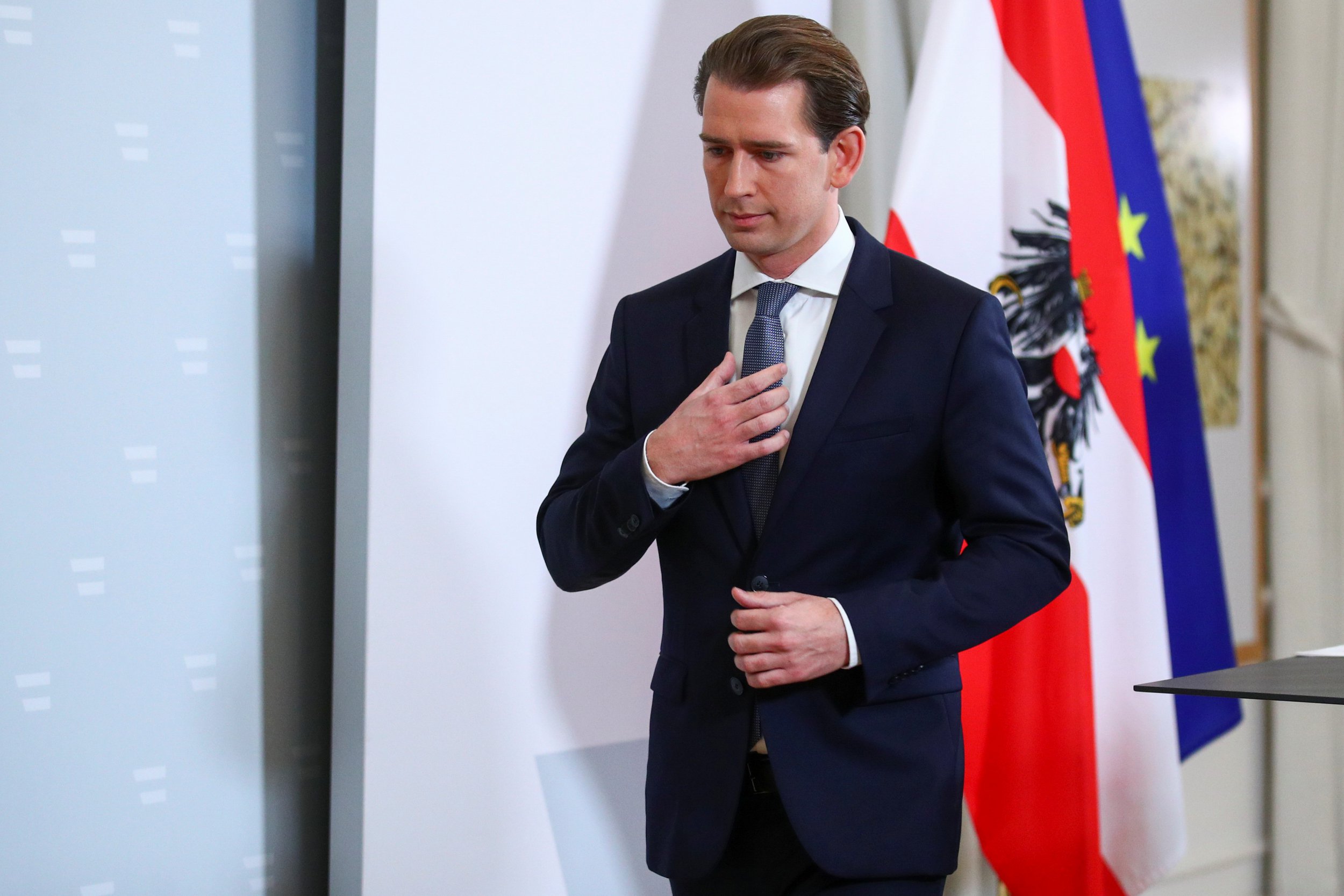 Sebastian Kurz has said he plans to step down as Austria’s Chancellor in an effort to defuse a government crisis.

It comes after prosecutors announced that he is the target of a corruption investigation.

Kurz, 35, said he has proposed that Foreign Minister Alexander Schallenberg be his replacement.

As he quits, Kurz plans to become the head of his Austrian People’s Party’s parliamentary group.

Kurz’s party had closed ranks behind him after the prosecutors’ announcement on Wednesday.

But its junior coalition partner, the Greens, said yesterday that Kurz couldn’t remain as Chancellor and demanded that his party nominate an ‘irreproachable person’ to replace him.

Opposition leaders had called for Kurz to go and planned to bring a no-confidence motion against him to parliament on Tuesday.

Speaking to reporters in Vienna, Kurz said: ‘What we need now are stable conditions. So, in order to resolve the stalemate, I want to make way to prevent chaos and ensure stability.’

Kurz and his close associates are accused of trying to secure his rise to the leadership of his party and the country with the help of manipulated polls and friendly reports in the media, financed with public money.

The outgoing leader, who became the People’s Party leader and then chancellor in 2017, has denied wrongdoing and until today made clear he planned to stay on.

In his latest statement, he insisted again that the accusations against him are false. He added: ‘I will be able to clear this up – I am deeply convinced of that.’

Kurz said he will keep his party’s leadership as well as becoming its parliamentary group leader.

The Chancellor’s first coalition with the far-right Freedom Party collapsed in 2019.

Kurz pulled the plug after a video surfaced showing the Freedom Party’s leader at the time, Vice Chancellor Heinz-Christian Strache, appearing to offer favours to a purported Russian investor.