An Australian MP who praised China’s handling of the coronavirus crisis has been questioned by police who raided his home as part of a probe into whether Chinese agents have infiltrated his office.

Properties linked to NSW Labor MP Shaoquett Moselmane were searched on Friday and he is reportedly being questioned at NSW Parliament. Moves are also underway by Labor to expel him from the party.

A dozen federal officers looked for evidence at Mr Moselmane’s two-storey Rockdale home, in Sydney’s south, at about 6.30am, Sydney Morning Herald reported.

Six forensic officers arrived about an hour later to help with the probe and three cars outside Mr Moselmane’s home were also searched.

In April, he stood down as assistant president of the New South Wales upper house after praising Chinese President Xi Jinping’s response to the coronavirus pandemic. He said Xi had demonstrated ‘unswerving leadership’ and decisiveness. 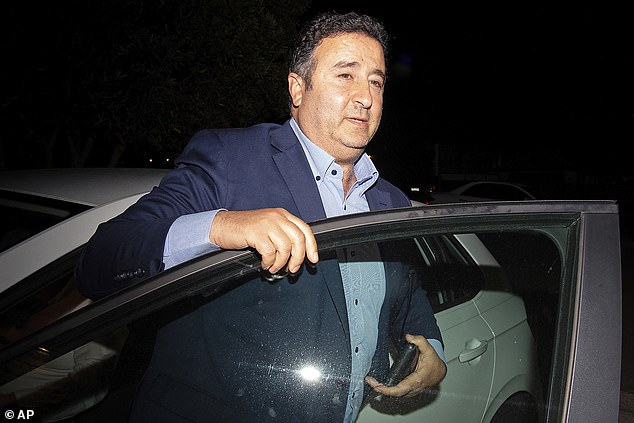 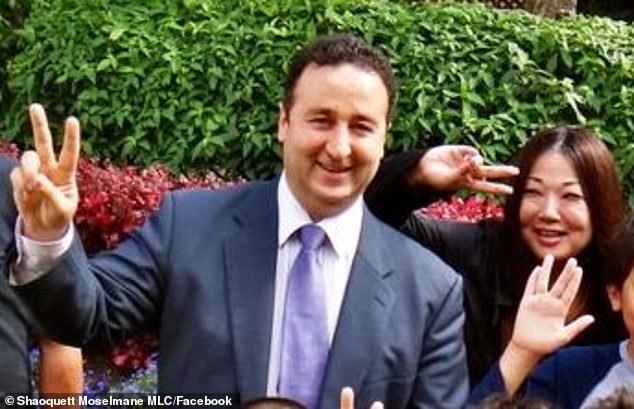 It is not suggested allegations against the MP and his office are true but that they are subject to a ASIO and AFP investigation.

The Australian Federal Police confirmed on Friday search warrants were executed in Sydney as part of an ongoing investigation and that there was no threat to the community.

However today the state lawmaker has said that he was not a suspect in a police investigation into unnamed people advancing China’s goals in Australia, days after his home and office were searched by police.

Moselmane said he was told the investigation was looking into other people suspected of working with China and denied any wrongdoing. 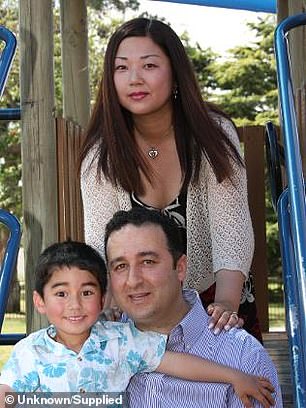 ‘I have never jeopardized the welfare of our country and our people,’ he told a news conference.

Police have not said why they searched Moselmane’s Sydney home on Friday and also executed a warrant for his parliamentary offices.

Australia has accused China of seeking to interfere in its domestic politics, in allegations that have strained relations and led Australia in 2018 to pass new national security laws that outlaw covert foreign interference in domestic politics and make industrial espionage for a foreign power a crime.

The raids are the first police investigation to grab public attention since the foreign interference laws came into force and the government bolstered funding to security agencies late last year to enforce them.

Moselmane said Monday that he would cooperate with Australian Federal Police in their investigation but also exercise his right to remain silent.

‘I am under no illusion that this is a serious investigation,’ he said.

Moselmane denied media reports that he had accepted Chinese government-funded trips to China.

Moselmane said today that his views on China’s handling of the pandemic were consistent with those of the U.S. president, vice president and the World Health Organization. 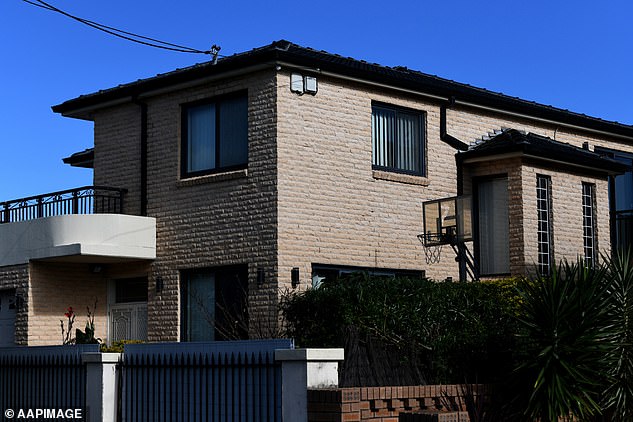 Police declined to comment on Moselmane’s news conference, saying in a statement, ‘As this investigation remains ongoing, there will be no further comment.’

The newspaper cited a Chinese law enforcement agency source as saying Australia was sending agents to China to spy, gather intelligence and ‘recruit assets.’ Australia was described as ‘the thief who is crying stop the thief.’

‘I wouldn’t be relying on Chinese state media for your sources for questions,’ Morrison told a reporter who asked him about the Global Times allegations.

Morrison described the raids on Moselmane as a ‘very serious issue’ for police and for the Australian Security Intelligence Organization, the nation’s main domestic secret service.

‘We introduced our foreign interference laws because we didn’t want Australia’s political system or any other part of the country to be interfered with,’ Morrison said. 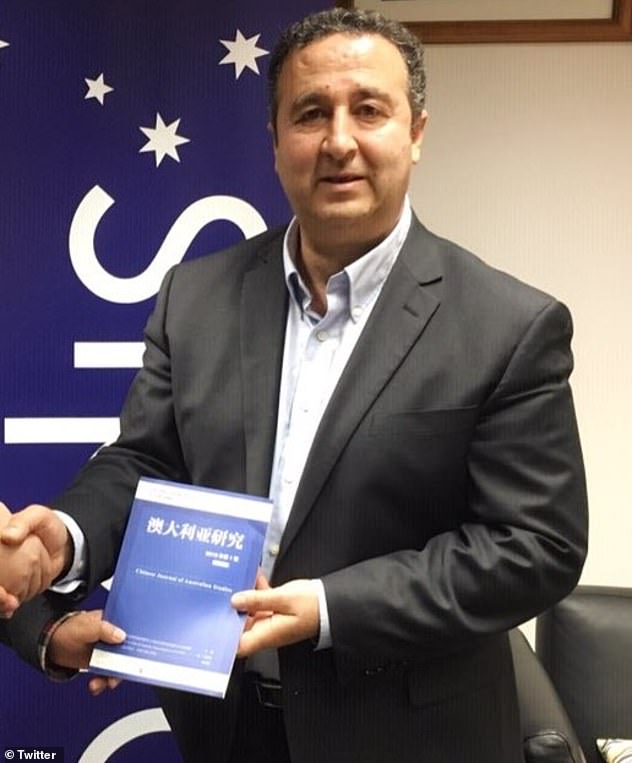 Morrison described Moselmane, a 55-year-old Lebanese immigrant who was mayor of a Sydney municipality before he was elected to Parliament in 2009, as a ‘very, very long-standing and relatively senior person’ within the Labor Party.

The secret service, best known as ASIO, confirmed in a statement that ‘search warrant activity occurred in Sydney on Friday as part of an ongoing investigation,’ but would not comment on Moselmane or its involvement.

Less than two weeks ago, Morrison said that a ‘sophisticated state-based cyber actor’ was targeting Australia in an escalating cyber campaign that was threatening all levels of government, businesses, essential services and critical infrastructure.

Most analysts said Morrison was referring to China, but the prime minister would not name the country.

Already high tensions between Australia and China have been raised by the pandemic. 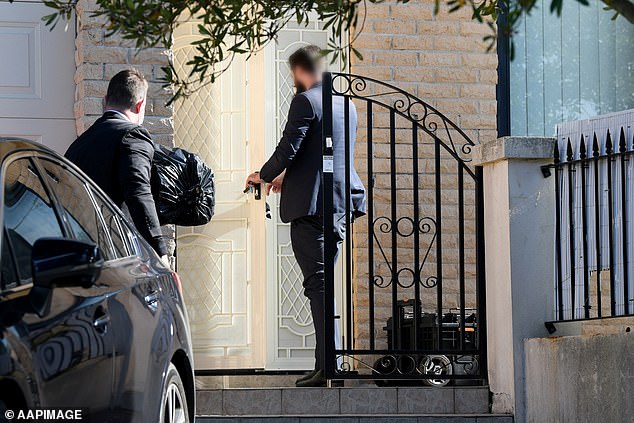 China in recent weeks has banned beef exports from Australia’s largest abattoirs, ended trade in Australian barley with a tariff wall and warned its citizens against visiting Australia. The measures have been interpreted by many as punishment for Australia’s advocacy of an independent probe into the origins and spread of the coronavirus.

Australia’s foreign minister has accused China of using the anxiety around the pandemic to undermine Western democracies by spreading disinformation online, prompting China to accuse Australia of disinformation.

The member for Chisholm in Melbourne’s south-east, who was born in Hong Kong, also had an honorary role with the Guangdong Overseas Exchange Association in 2011. 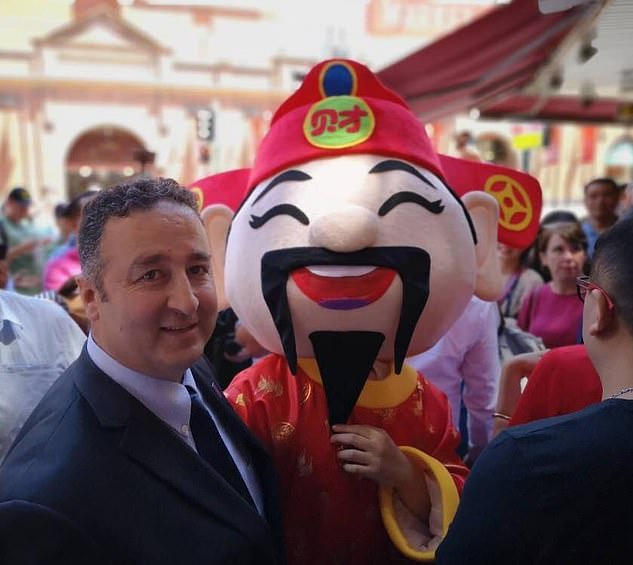 Shaoquett Moselmane’s Labor membership will be suspended amid the investigation

In 2016, the former leader of ACPPRC, Australian Council for the Promotion of Peaceful Reunification of China, Huang Xiangmo promised the ALP a $400,000 donation if it changed its policy on the disputed South China Sea.

Sam Dastyari’s career as a New South Wales Labor senator ended in January 2018 after he contradicted the ALP’s South China Sea position at a media conference for Chinese-language publications. 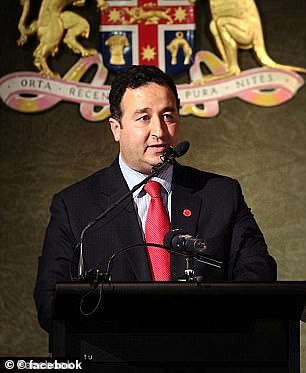 He was also secretly recorded at Mr Huang’s Mosman mansion on Sydney’s North Shore advising him his phone might be bugged.

Mr Huang, the head of the Yuhu property group, was last year effectively banned from re-entering Australia, had his citizenship bid blocked and his permanent residency rescinded.

Mr Moselmane lashed out at anti-China racism in Australia in an essay for the East China Normal University in February.

‘Today, media xenophobia and full-scale war against China have become the norm,’ he wrote in the opinion piece, seen by the Sydney Morning Herald.

‘Today, the obsolete scum of ‘white Australia’ is once again flooding, and the theory of yellow fever has once again surfaced.

‘Some mainstream media have bred and spread these racial viruses in our multicultural community with the purpose of inciting hatred.’