The decision took effect from September 2 but was only publicly revealed in the Hong Kong government's gazette on Friday. Lam said she had revoked the appointment of Spigelman as a judge from another common law jurisdiction but no further reasons for the termination were given. 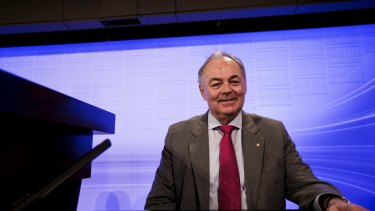 Spigelman has served on Hong Kong's Court of Final Appeal since April 2013 as a non-permanent judge. The former ABC chairman was one of four judges from Australia on the court, which was established after the handover of Hong Kong from Britain to China, to continue the framework of the British common-law system.

The court has never had jurisdiction over acts of state such as defence and foreign affairs, but the imposition of new national security laws in July by Beijing raised questions about its future.

The laws prevent, curb and punish dissent, threats to the Chinese state, pro-democracy or independence sentiment. They have been condemned by the Australian, British and American governments.

The Chinese government maintains the laws are necessary to restore law and order after more than 15 months of protests over Beijing's influence in the territory.