A judge in Nevada berated an Arizona truck driver in court this week as she sentenced him to a minimum of 16 years in prison after his conviction in a crash last year that left five bicyclists dead and four others injured.

Authorities determined that the defendant, Jordan Alexander Barson, 45, was under the influence of methamphetamine when he plowed his box truck into the victims Dec. 10 on Highway 95, according to reports.

“You had no business driving,” Clark County District Judge Bita Yeager told Barson on Wednesday, according to The Associated Press.

The judge then read the names of the victims and spoke of the impact their deaths were having on “mothers, fathers, siblings, spouses, children, nieces, nephews and grandchildren.”

“Their lives are forever affected because of your poor choice,” the judge told Barson, referring to the survivors, according to the AP. 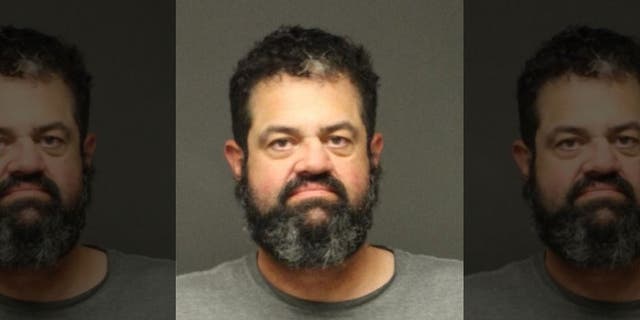 Jordan Alexander Barson, 45, was under the influence of methamphetamine when he plowed his truck into some bicyclists in Nevada last December, authorities say.

The bicyclists who were struck were among a group of about 20 who were making an annual ride from Las Vegas through a scenic desert area along the Nevada-California line, the report said. The crash happened between Boulder City and Searchlight in Nevada.

A day earlier in the two-day sentencing hearing, Barson had apologized for the crash and asked for forgiveness, and his defense lawyer Damian Sheets said Barson did not intend to cause harm, the report said.

“Knowing I caused the deaths of five people and severely hurt two others is unbearable most of the time,” Barson told the court. “I want you to know that I’m so truly sorry for what I’ve done. I know you will carry this pain forever, and it breaks my heart that I caused this.”

Barson also was ordered to pay nearly $60,000 in restitution to victims, the AP reported.

The Associated Press contributed to this story.