Make-A-Wish Foundation creator Frank Shankwitz dies at 77 after helping a terminally ill seven-year-old to be cop for a day in 1980 gave him the idea for the organization that’s now helped 500,000 children 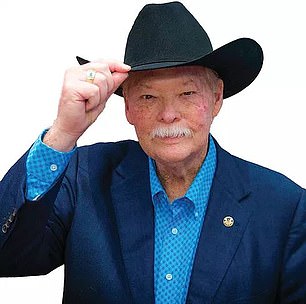 Frank Shankwitz is a founder of the Make-A-Wish Foundation. The former Arizona Highway Patrol officer has died at age  77

Frank Shankwitz, the co-founder of the Make-A-Wish charity and a former Arizona state trooper, has died.

The Make-A-Wish organization confirmed Shankwitz died at his home in Prescott of esophageal cancer. He was 77.

Make-A-Wish is known for granting the wishes of children dealing with critical illnesses. ‘Wishes’ range from trips to day-long experiences.

The organization was created in 1980 after Shankwitz and five others helped a seven-year-old Phoenix boy battling leukemia be a highway patrol officer for a day.

Shankwitz also initially served as its president and CEO.

The charity estimates it has helped realize the wishes of more than 500,000 children. It has grown to 60 chapters nationwide. 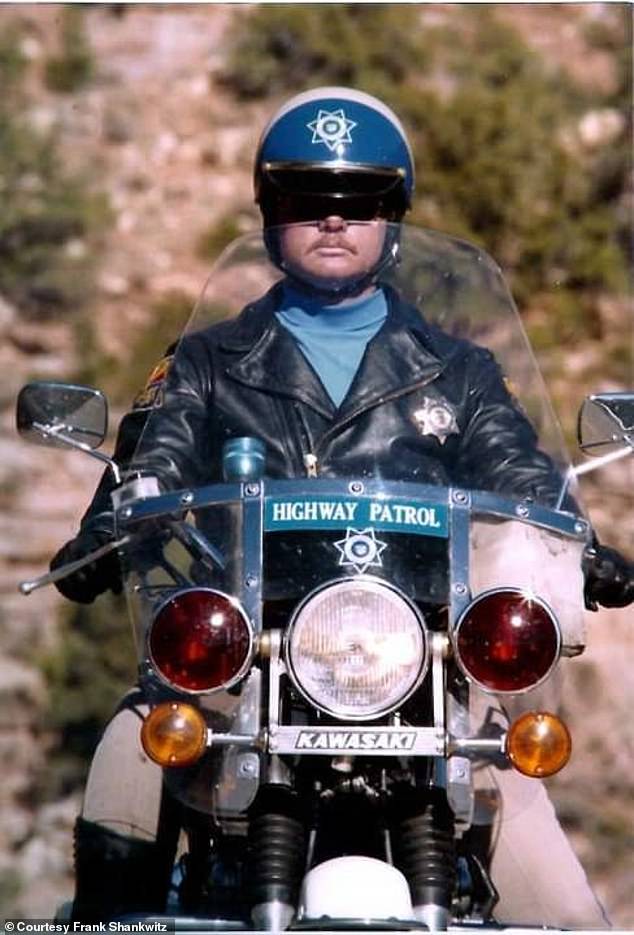 Frank Shankwitz was a member of the Arizona Highway Patrol’s ten man tactical unit that covered the entire state by motorcycl. He stayed in the police department for 42-years  before retiring in 2014. He started Make-A-Wish in 1980 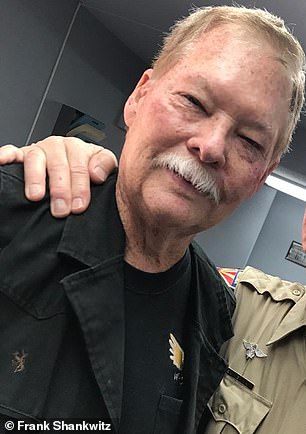 Shankwitz was a patrol officer with the Arizona Department of Public Safety from 1972 until his retirement in 1996, according to the state agency. He is pictured in 2019

Shankwitz was a patrol officer with the Arizona Department of Public Safety from 1972 until his retirement in 1996, according to the state agency.

He remained a reserve detective but also worked for the Arizona Motor Vehicle Division’s Office of Special Investigations. In all, he worked 42 years in law enforcement.

The idea for Make-A-Wish started with a terminally ill boy who had just a week to live.

His dying wish was to become a police officer and it fell to Shankwitz to help.

Shankwitz was on patrol one afternoon when the dispatcher radioed in and ordered him to find the nearest payphone as soon as possible – his commanders at the station had an important message for him. 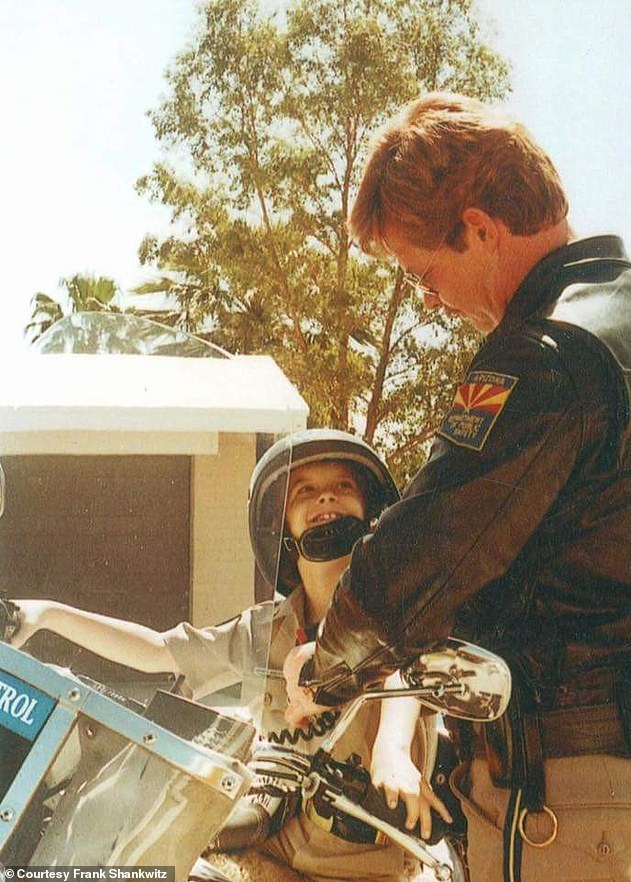 Frank Shankwitz shows Chris Greicius his motorcycle. The police department had a custom-made uniform created for Greicius; the store owner and two employees stayed up all night sewing so it to be finished in time. Chris died just a few days later 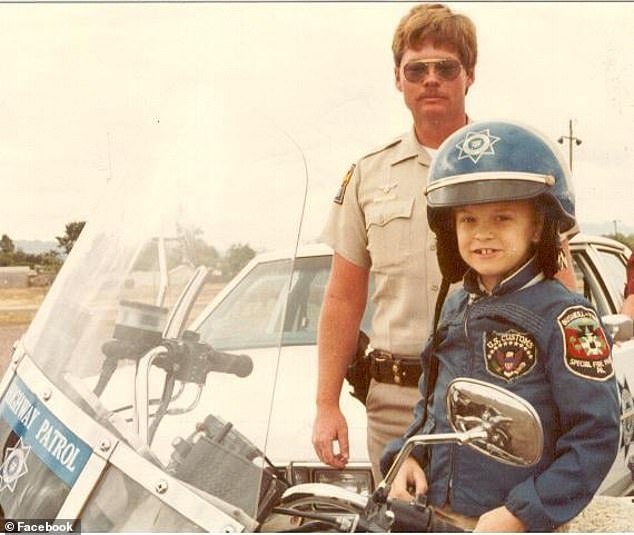 Frank Shankwitz is pictured with Chris Greicius, the 7-year-old boy who inspired him to help start the Make-a-Wish Foundation 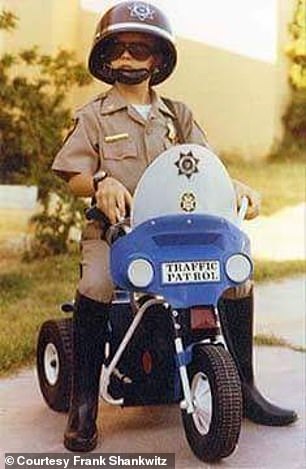 Chris Greicius poses in his police uniform on his motorcycle

‘I called in thinking I was in trouble for something,’ he recalls during a 2019 interview with DailyMail.com.

Instead he was being asked for a favor by a Customs Agent named Tom Austin who had befriended a little boy named Chris Greicius with leukemia.

Chris’ heroes were Ponch and John from the hit television show about the California Highway Patrol, CHiPS and his only wish was to meet a real motorcycle cop.

They arranged to pick Chris up from the hospital in the helicopter and flew him to the police headquarters in Phoenix.

‘As the helicopter was approaching…I could look up and I can see this kid’s face pressed against the glass, looking down a big smile on his face,’ said Shankwitz, who expected the paramedics to help him out once they landed.

Instead, Chris came bounding out the door with energy, ‘He was laughing and giggling, running all over the place.’ He couldn’t contain his excitement. Shankwitz remembers looking over at Chris’ mother crying, ‘I couldn’t understand why at first. Then it dawned on me, she has her seven-year-old back.’ 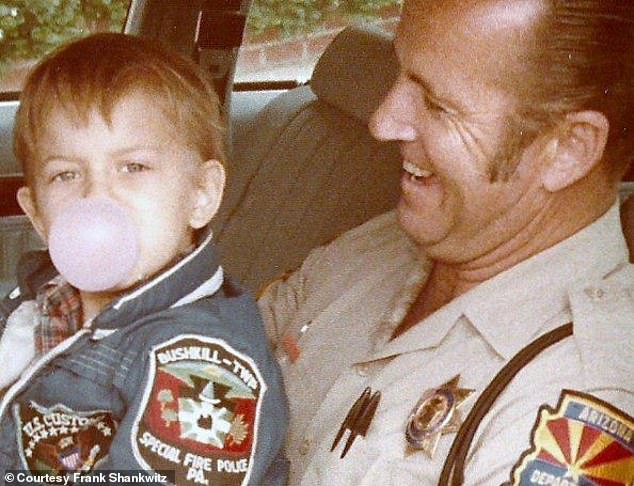 Shankwitz’s police sergeant sits with Chris Greicius, the seven-year-old boy diagnosed with leukemia whose dying wish was to become a motorcycle cop like his heroes in TV show CHiPS

Chris’ dream was to be a motorcycle officer and the station commissioned him a set of ‘wings’ – the silver insignia that all motorcycle cops wear pinned to their uniform.

Before they had a chance to present it to him, Chris took a devastating turn for the worst and fell into a coma.

Shankwitz rushed to the hospital and pinned it to his tiny custom-made uniform that was hanging near his bedside – he became the first and only honorary highway patrol officer in the State of Arizona. He died a few days later. 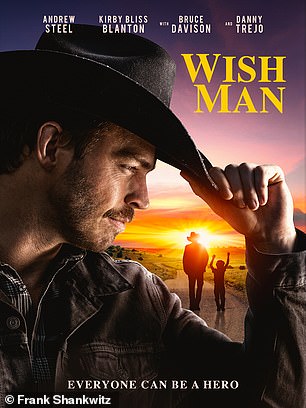 Getting Make-A-Wish off the ground was not easy, but Shankwitz’s work ethic helped drive the project forward as he continued to work full time at the police department while trying to balance the non-profit in 20-hour long days.

After 18 months Shankwitz made the decision to hand over the reins to more capable hands. ‘I was also going into narcotics at the time, I couldn’t have my face and name plastered all over the place anymore.’

Shankwitz knew he needed professional help from the non-profit world: ‘You’ve heard the phrase, ‘surround yourself with people smarter than you’ right? Well that was the best decision the board made at the time.’

They began hiring people that had the proper experience, background and contacts to turn Make-A-Wish into what it is today – a worldwide non-profit in 50 countries around the world that have helped to make more than 334,000 wishes come true. 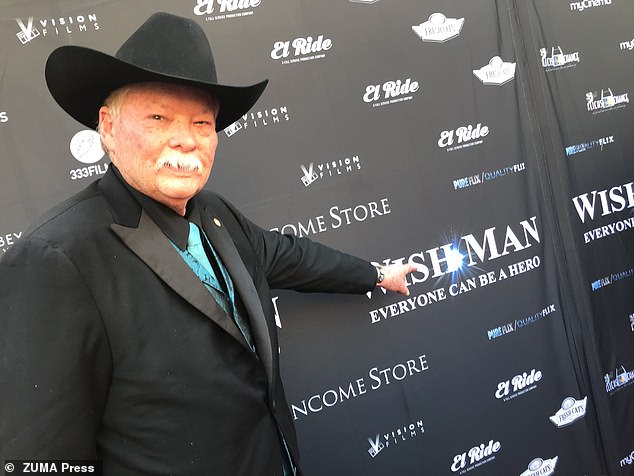 Frank Shankwitz is pictured at the premiere of his film, Wish Man, which debuted in 2019 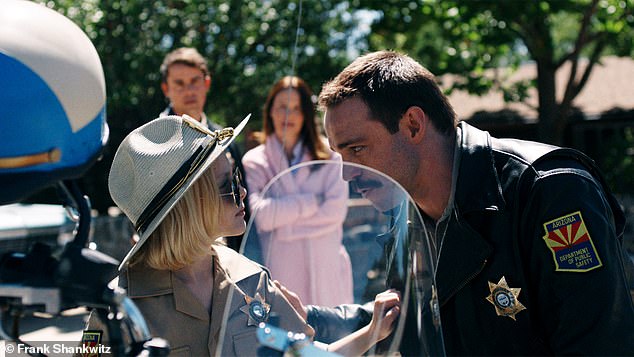 Andrew Steele, who plays the role as Frank Shankwitz talks to the young actor playing Chris Greicius during a poignant scene in the film, Wish Man, which came out 2019

Elementary school students across Colorado are invited to participate in CDOT’s “Name That Plow” contest. The stateside contest was announced