A group of tourists got a little more than they bargained for during their snowmobile tour as an huge angry moose chased them down.

Tour guide Justin Appleby captured the moment while he was taking a new group around West Yellowstone, Montana.

In the recently emerged footage, the moose can be seen a short distance away pelting towards them down the track, kicking up considerable amounts of snow as it picks up pace. 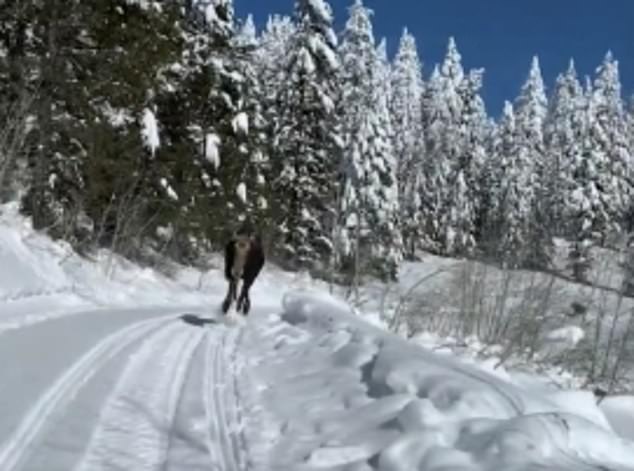 The angry moose gets startling close to the group as it chases after them in West Yellowstone, Montana

Surrounded by enormous snow-covered trees, the moose runs along beside the tracks left by the snowmobile.

As it does so, the moose manages to pick up enough speed to get closer to the tourists. Someone in the vehicle can be heard shouting: ‘Go, go, go.’

Another moose can be seen in the distance running in their direction to join the pursuit.

The driver immediately speeds up and the animal is unable to keep up and eventually gives up following them in the footage filmed in February 2019.

Mr Appleby, from Montana, said: ‘It was crazy, he was going slowly at first so it seemed ok but then he sped up so we hit the gas and got out of there.’ 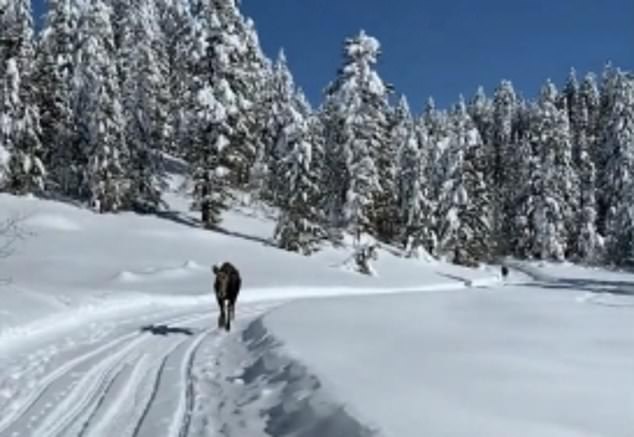 One person on the snowmobile can be heard shouting ‘go, go, go’ as the moose gets increasingly close 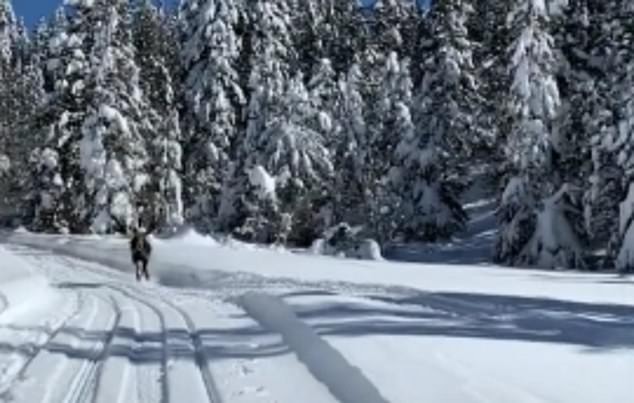 Moose weigh up to 1,200lbs and can run up to 35 mph, which is at least twice as fast as most people.

The town of West Yellowstone is just a short distance from Yellowstone National Park and is home to several potentially dangerous animals.

Earlier this month a 72-year-old women advanced within 10ft of a bison while trying to take a photo of the creature and she was gored and flung 15ft in the air.

Other people have been attacked by grizzly bears.

Moose weigh up to 1,200lbs and can run up to 35 mph, which is at least two times faster than the average person.