A MAGNITUDE 5.0 earthquake was detected around 200 miles northwest of Attu Station in Alaska.

The 10km deep tremor was recorded near the Aleutian Islands in the Pacific Ocean. 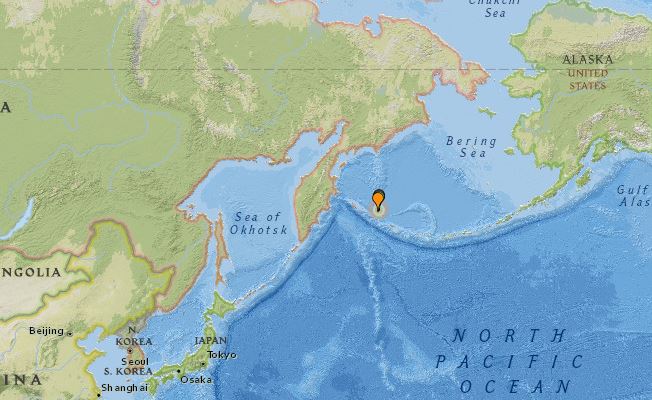 The earthquake is also close to the areas of Koryakia and Kamchatka Peninsula, Russia.

A magnitude 4.4 tremor has also been reported, according to Earthquake Track.

Tremors of 4.8 and 5.6 were recorded around 150 miles of Attu Station earlier on Tuesday.

The Aleutian arc is a seismically active region as many moderate to large earthquakes happen each year.

Since 1900, there have been twelve earthquakes that have had a magnitude of more than 7.5 on the Richter Scale.

It’s not known if a tsunami warning has been issued.

Following Tuesday's 5.6 magnitude quake, US Geological Survey officials said that a tsunami was not expected.

Dragons' Den millionaires slammed my idea – now it's worth £86MILLION

It comes just months after a 6.9 magnitude earthquake hit Alaska in October.

USGS officials said the quake hit 71 miles east of Chignik city, at a depth of 44 miles.

They also reported four other aftershocks with a magnitude of between 2.7 and 3.6 but said there was "little or no" danger of landslides.

More than 200 people have reported feeling the quake with some saying they could sense it more than 400 miles away, according to the Express.

There were no immediate reports of any injuries or damages, according to Reuters.

And, a mammoth 8.2 quake struck the coast of Alaska in July, sparking tsunami fears.

The tremor was recorded around 495 miles southwest of the state's largest city Anchorage.

Geologists said it was the strongest quake to hit the area since 1964.