AL QAEDA'S south east commander who masterminded the 2002 Bali bombing has been led away by cops in cuffs and a hood.

Aris Sumarsono, known as Zulkarnaen, was detained by counter-terrorism police who swooped on his hideout in East Lampung district on Sumatra island. 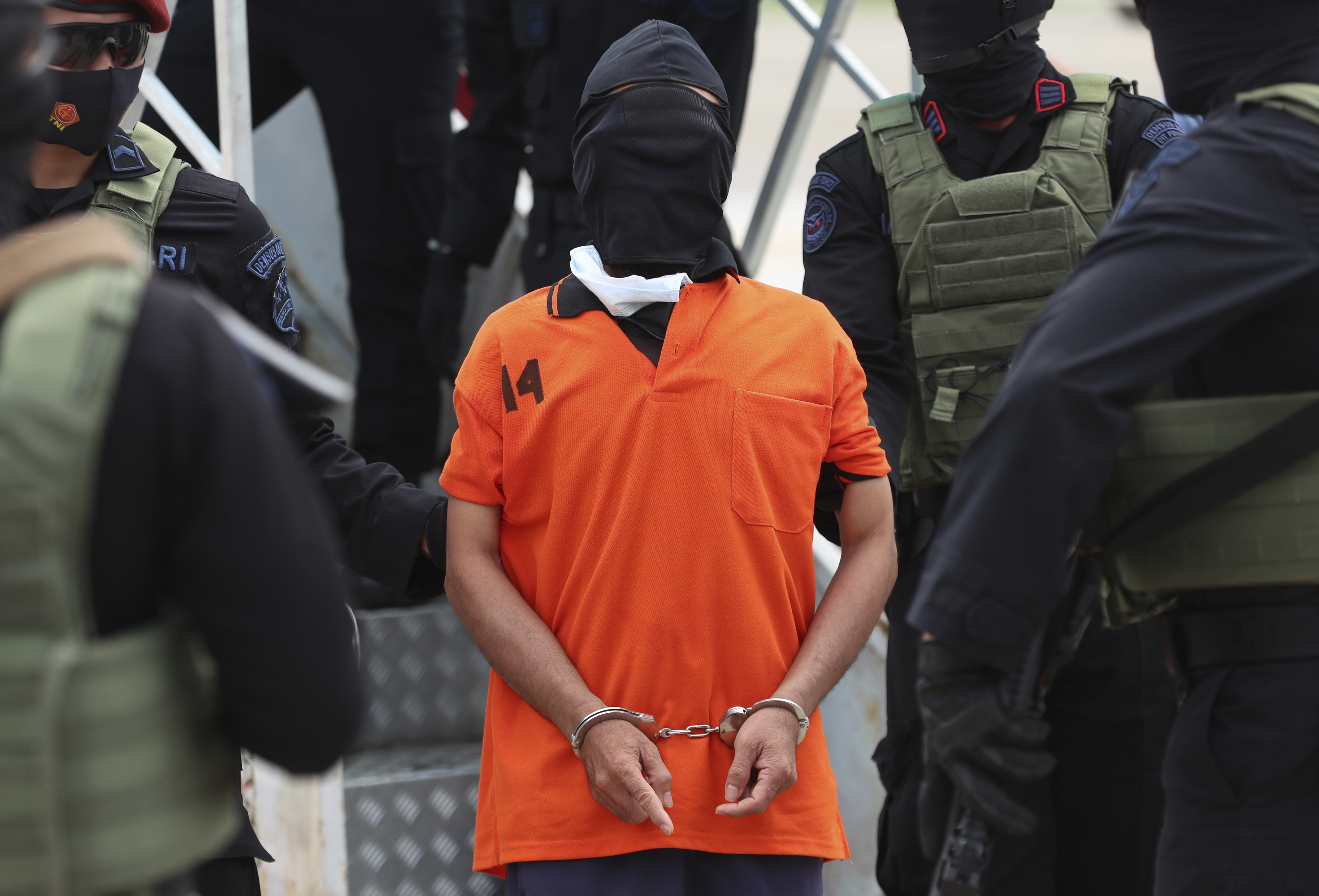 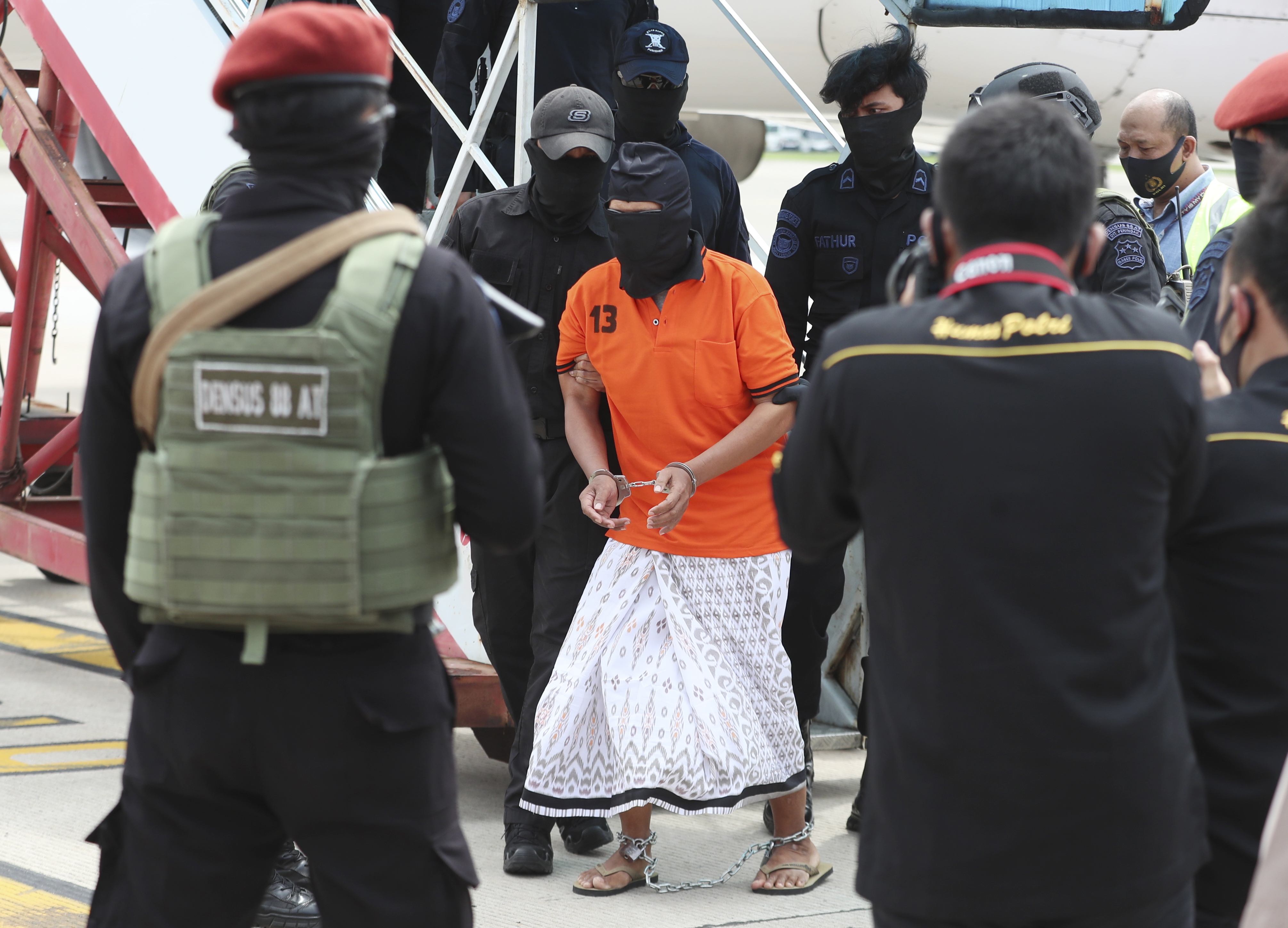 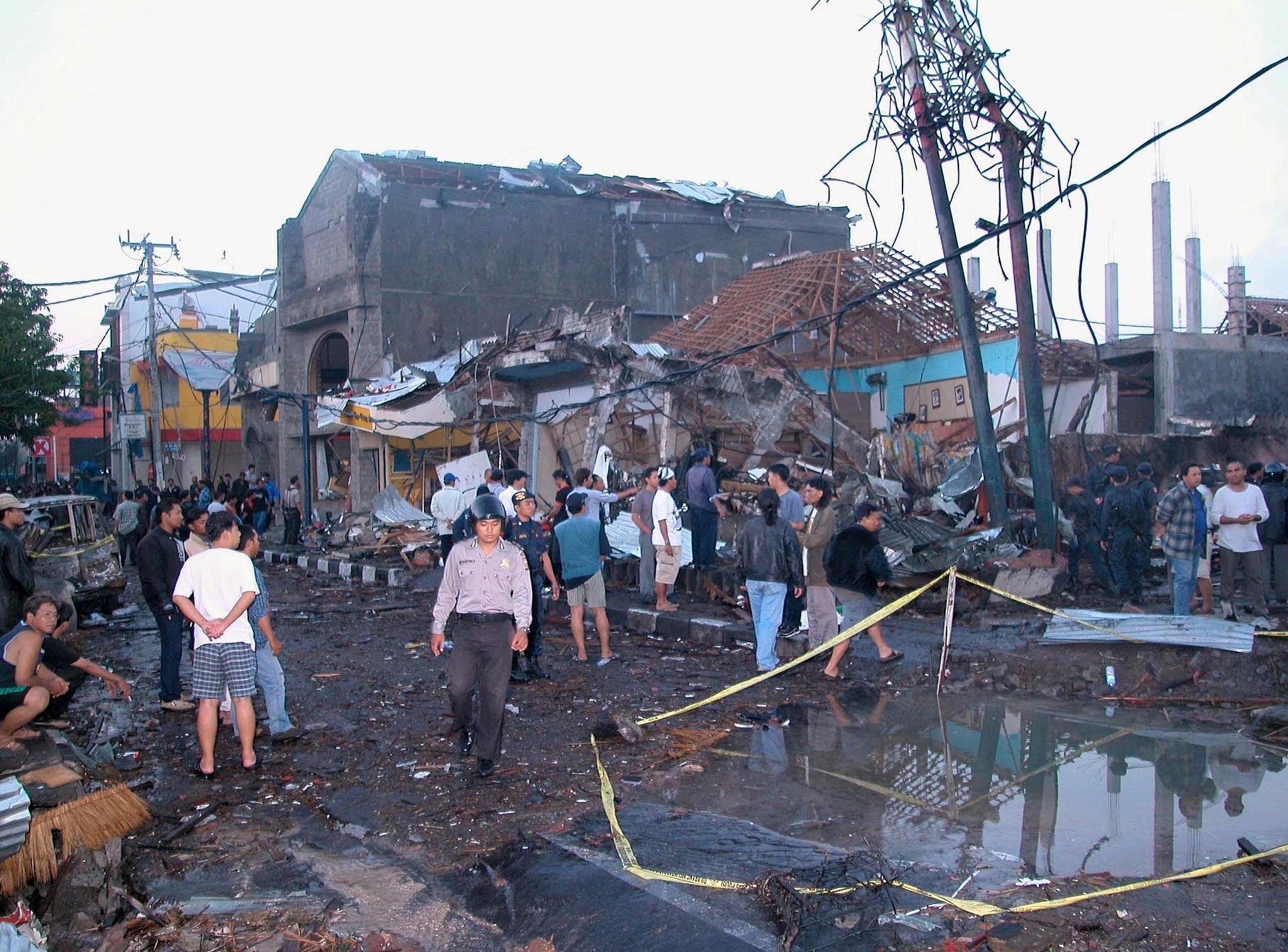 A total of 202 people from 21 nations, including 28 Britons, were killed on October 12, 2002 when the Al Qaeda-linked Jemaah Islamiyah group launched terror attacks on two Bali night spots packed with tourists.

Zulkarnaen had been on the country's most-wanted list since his involvement in the attack  on the resort town of Kuta as well as other attacks on a church and foriegn embassies.

"He’s been on the police wanted list for 18 years."

Zulkarnaen, a biologist who was among the first Indonesian militants to go to Afghanistan in the 1980s for training, was an instructor at a military academy there for seven years, Mr Ramadhan said.

Since May 2005, Zulkarnaen has been listed on an Al Qaeda sanctions list by the UN Security Council for being associated with Osama bin Laden or the Taliban.

The Security Council said Zulkarnaen, who became an expert in sabotage, was one of Al Qaeda’s representatives in Southeast Asia and one of the few people in Indonesia who had had direct contact with bin Laden’s network.

It said Zulkarnaen led a squad of fighters known as the Laskar Khos, or Special Force, whose members were recruited from among some 300 Indonesians who trained in Afghanistan and the Philippines.

He was appointed the head of Camp Saddah, a military academy in the southern Philippines established for fighters from Southeast Asia, the Security Council said.

He spent a decade at the camp training other Jemaah Islamiyah members.

He became operations chief for Jemaah Islamiyah after the arrest of his predecessor, Encep Nurjaman, also known as Hambali, in Thailand in 2003.

He’s been on the police wanted list for 18 years

The United States’ "Rewards for Justice" program had offered a bounty of up to £3.7 million for his capture.

Indonesian police said he masterminded church attacks that occurred simultaneously in many Indonesian regions during Christmas and New Year’s Eve in 2000 that killed more than 20 people.

Ramadhan said Zulkarnaen is suspected of being involved in the making of bombs used in a series of attacks.

As well as the 2002 Bali bombings, he was alleged to staged the 2003 attack on the J.W. Marriott Hotel in Jakarta that killed 12.

Zulkarnaen was also the mastermind of a bomb attack on the official residence of the Philippine ambassador in Jakarta in 2000 that killed two people, a 2004 suicide attack outside the Australian Embassy that killed nine, and a 2005 bombing in Bali that killed 20. 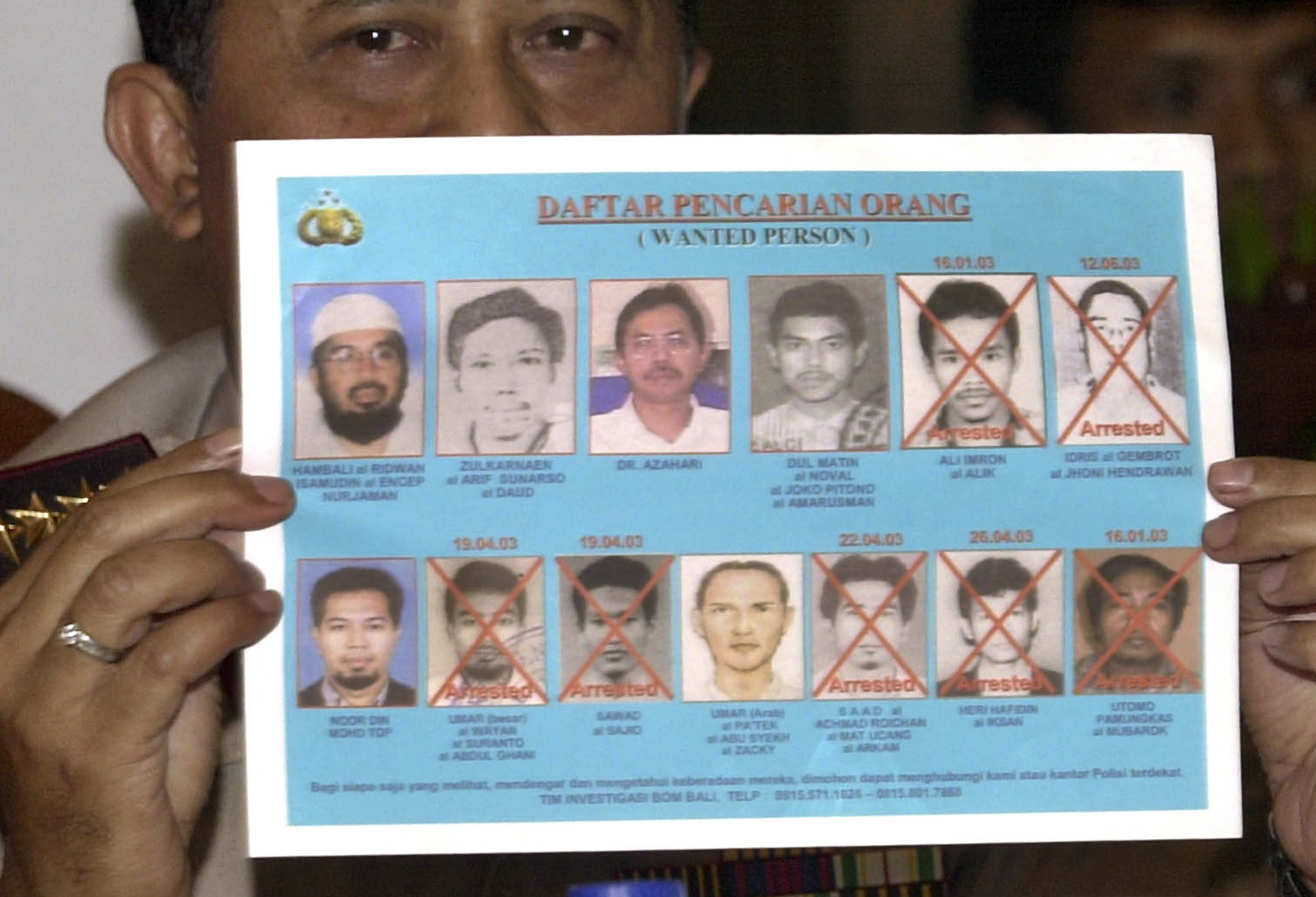 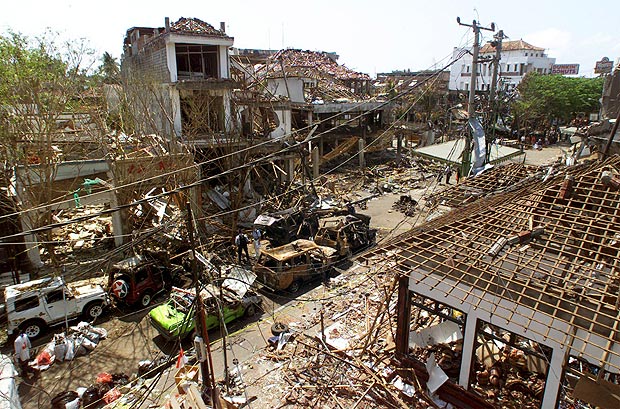 Zulkarnaen was also said to be the architect of sectarian conflict in Ambon and Poso from 1998 to 2000.

Conflicts between Christians and Muslisms in Ambon, the provincial capital of the Molluca islands, left more than 5,000 people dead and half a million displaced.

The Muslim-Christian conflict in Poso, known as a hotbed of Islamic militancy on Indonesia’s Sulawesi island, killed at least 1,000 people from 1998 to 2002.

He was arrested by counter-terrorism police in Lampung late last month.

He had eluded capture since 2005 after being named as a suspect in an attack that killed more than 20 people at a market in Poso, known as a hotbed of Islamic militancy on Indonesia’s Sulawesi island, killed at least 1,000 people from 1998 to 2002. 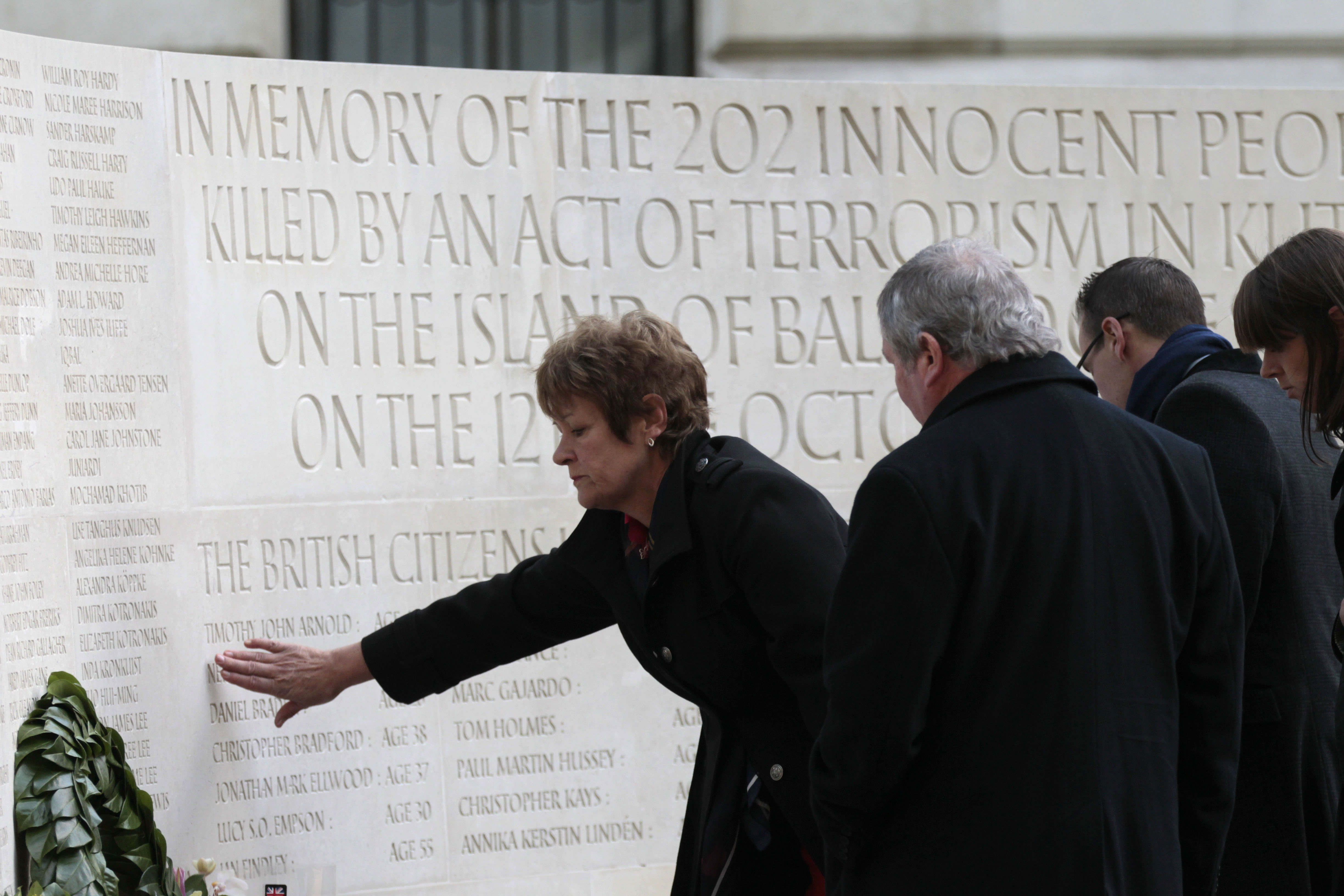 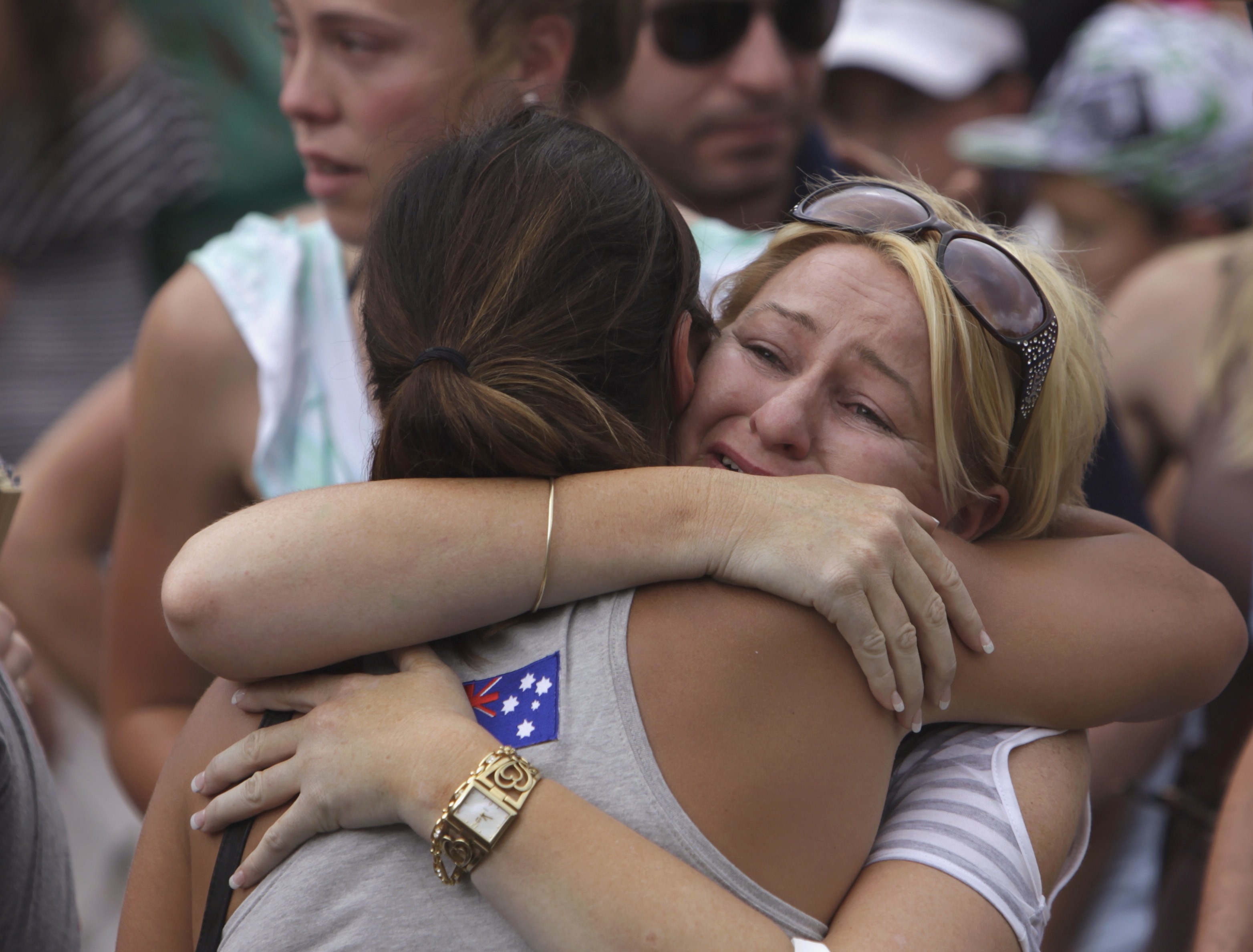