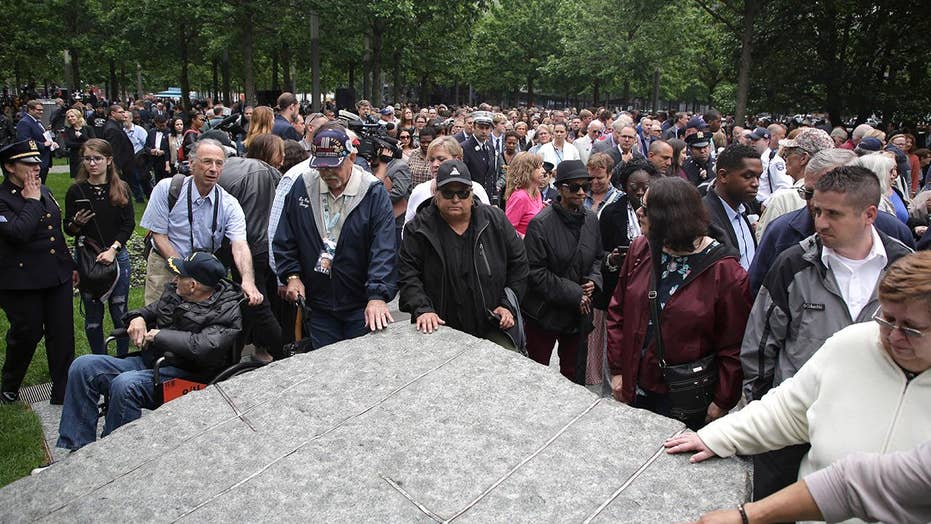 The 9/11 Memorial on the Lower East Side of Manhattan unveiled a shrine on Thursday to honor thousands of first responders who are suffering from chronic illnesses or have died from exposure to toxins at Ground Zero.

The memorial opened on the 17th anniversary of the official end of the rescue-and-recovery efforts that followed the 9/11 terror attacks on the World Trade Center.

9/11'S YOUNGEST VICTIM WOULD BE 20 NOW, AND THERE'S OPTIMISM FOR A TRIAL AT LAST

The $5 million 9/11 Memorial Glade exhibit features six granite monoliths — each weighs 13 to 18 tons — inlaid and bound with strips of World Trade Center steel. The stones point skyward, crafted to look bruised, not broken, as a testament to the strength of the human spirit after tragedy, the architects told Fox News on Thursday. 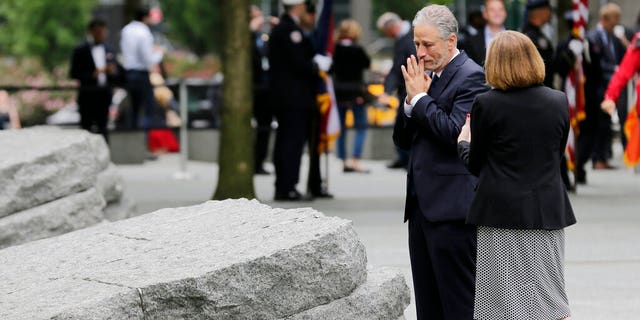 Comedian Jon Stewart talks with Alice Greenwald, CEO of the National September 11 Memorial &amp; Museum, before the start of a dedication ceremony in New York on Thursday. Michael Bloomberg, former mayor, says the new memorial glade at the World Trade Center site "helps us fulfill our duty" to those who were sickened or died after responding to the Sept. 11 attacks. (AP Photo/Seth Wenig)

More than 2,000 firefighters, police officers, federal agents and other first responders have died after iinhaling toxic fumes during recovery efforts and when clearing rubble at the scene. That number is expected to climb over time, according to the Centers for Disease Control and Prevention's World Trade Center Health Program. 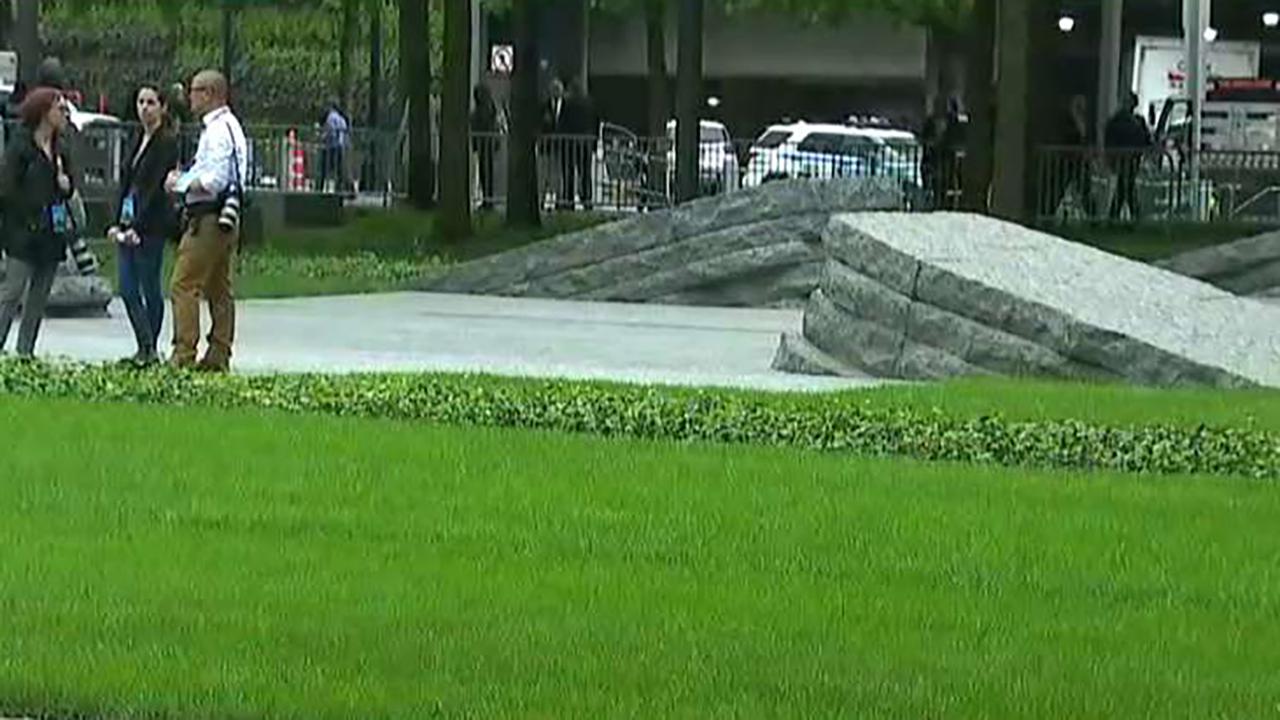 “For some, the end of the recovery was the beginning of an even more difficult journey of sickness and disease,” Michael Bloomberg, former New York City mayor and chairman of the 9/11 Memorial Commission, said on Thursday. “Tragically, not all who labored so valiantly for their city and country in the aftermaths of the attacks survived.”

In 2010, Congress initiated a health compensation fund to aid first responders, recovery workers and survivors with medical expenses related to diseases tied to toxin exposure. Another $4.6 billion was appropriated to extend the fund in 2015. It's now set to expire in 2020, and additional legislation is being weighed to permanently reauthorize the compensation fund.

Additionally, Congress approved $3.5 billion in 2015 to fund the World Trade Center Health Program through 2090; it has more than 90,000 people across the country enrolled in it, according to the Centers for Disease Control and Prevention statistics.