Eight teenage girls face Christmas behind bars as they are held in custody over the brutal murder of a homeless man: Teens aged 13-16 ‘swarmed him before stabbing him for his alcohol’

Eight teenage girls, ages 13 to 16, will spend Christmas behind bars after being accused of brutally killing a homeless man for his alcohol.

The girls have been charged with second-degree murder on Tuesday for allegedly stabbing a 59-year-old man, who was locally known as Kenney.

None of their identities have been released due to the Youth Criminal Justice Act.  And the same group of girls were involved in another altercation earlier in the night and had a lot of weapons on them, according to police.

Three of the girls are 13, three others are 14, and two are 16, according to the Toronto Police, and they met on social media. Three of them have had prior contact with authorities and they are all believed to be from various parts of the city.

Authorities are not classifying the group as a gang, at the moment, but said they did engage in ‘swarming,’ where a large group of people attack one target.

They were taken into custody on Sunday and are not due back in court until December 29. 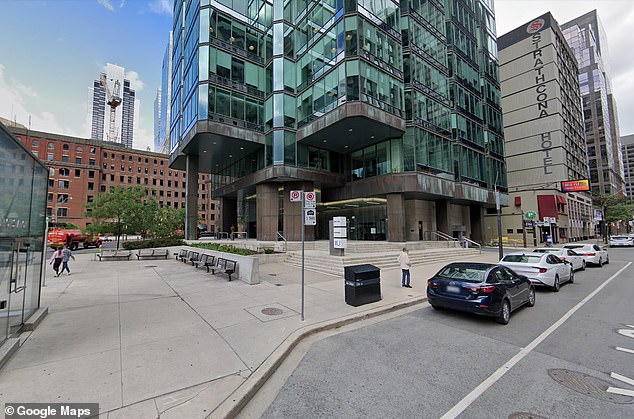 Eight teenage girls will be spending Christmas behind bars after allegedly murdering a 59-year-old man, known locally as Kenney, at the intersection between York Street and University Avenue (pictured). The girls were arrested and taken into custody on Sunday and are expected to reappear in court on December 29 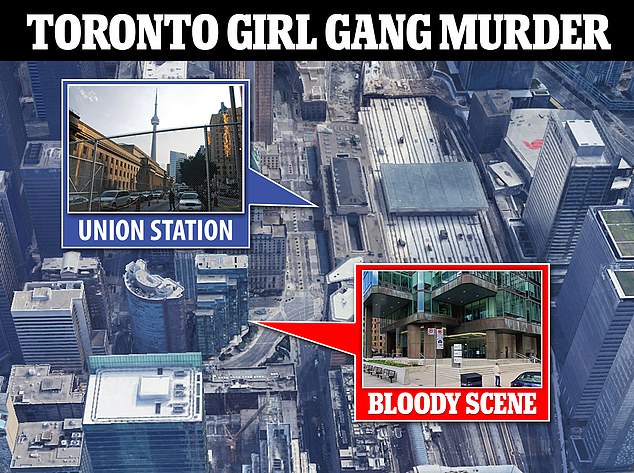 The attack happened not far from Union Station (pictured)

Cops don’t believe the girls knew the victim – but think they attacked him to steal his alcohol. He was sitting with a friend when they approached and stabbed him.

He was taken to the hospital with life-threatening injuries and he was later pronounced dead.

Detective Sergeant Terry Browne of the Toronto Police Service Homicide Squad said they think the girls were trying to take a bottle of alcohol from the man.

One resident of the Strathcona Hotel told CTV News Toronto that the teenagers were drinking, and tried to steal Kenney’s alcohol – a ‘mickey’, or small bottle of liquor.

Ken Webber confirmed that Kenney was with a female friend in a plaza northwest of the intersection of University Avenue and York Street when he was attacked: ‘They were sitting on a bench, sipping booze out of a mickey and having a cigarette.’

The female friend, who did not want to be named, said Kenney ‘protected me,’ after the girls tried to grab her liquor bottle. The girls then allegedly began punching him before they ‘stabbed his belly.’

She said she brought Kenney water after the attack.

Kenney’s death marks the 68th homicide in Toronto this year.

Webber added: ‘I saw the aftermath of the attack.’ The teens were ‘standing outside the Union Station stairwell there, arguing, screaming and yelling.’

One police source told The Toronto Sun the girls were ‘like wild animals.’

They said: ‘They’re all young offenders. They attacked this guy like a bunch of wild animals. He tried to fight them off and they just kept coming back. He was just minding his own business, he wasn’t bothering a soul.’

Kenney was remembered in the community as friendly and kind. 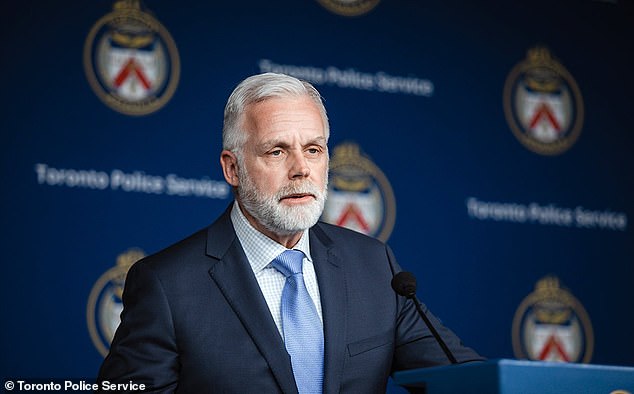 Roberto Sanchez, who often holds the door open at a nearby Tim Hortons, told CTV News: ‘He was friendly. He was generous. He was a kind-hearted person. Everyone has their issues. But all in all, I didn’t see him as a threat to no one.

‘For those youths to do that to him — it’s heart-wrenching. I can’t believe it.’

The eight girls were arrested near where the attack happened after a group of people flagged down emergency services near York Street and University Avenue, near Union Station around 12.15am.

Browne said the victim started living in Toronto’s shelter system in September. He said they haven’t been able to reach certain family members – but confirmed that he died from his wounds in the hospital.

He said: ‘He does have a very supportive family in the area so I wouldn’t necessarily call him homeless. Maybe just recently on some hard luck.’ 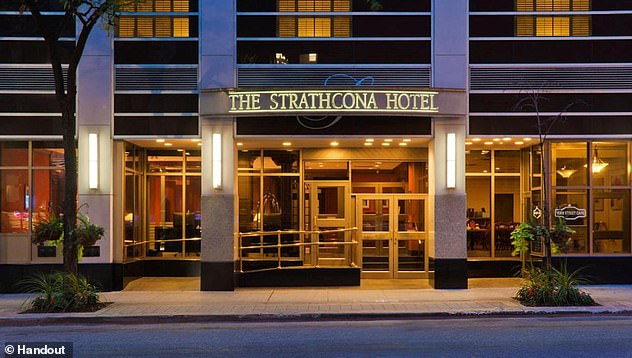 Browne said the crime had even shocked the police.

He added: ‘I’ve been in policing for almost 35 years and you think you’ve seen it all. Anyone who isn’t shocked with hearing something like this has clearly just thrown in the towel and just said that anything is possible in this world.

‘Eight young girls and most under the age of 16. If this isn’t alarming and shocking to everyone, then we’re all in trouble quite frankly.’

The Toronto Mayor, John Tory, also said he was ‘deeply disturbed’ by the attack.

‘Everyone in our city deserves to be treated with dignity and respect. I am so saddened to know that a man has lost his life in this way,’ he said in a statement.

‘I am extremely troubled by the young age of those accused and by the number of people allegedly involved in this murder. My thoughts are with this man’s friends and all those who knew him as they mourn his loss.’