Police in Georgia are in pursuit Wednesday of a suspect accused of shooting two Dekalb County Sheriff’s Deputies while they were serving an arrest warrant.

The gunfire that unfolded at a residence in Lithonia early this morning was the second shooting directed at law enforcement in the greater Atlanta area over the last 24 hours. Last night, Henry Laxson, an officer with the Clayton County Police Department, was killed in the line of duty in an incident that authorities said left a total of four people dead, including the suspect.

Both of the deputies injured in the most recent shooting are “reported to be conscious and alert,” the Dekalb County Sheriff’s Office told Fox5 Atlanta. 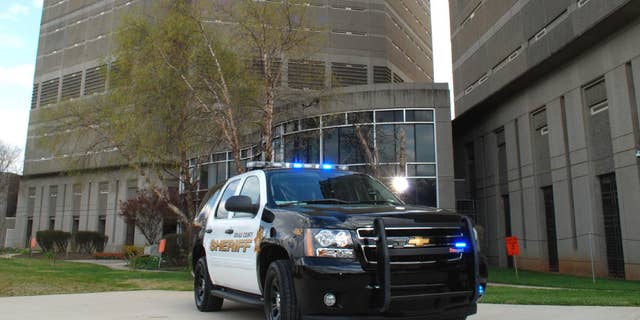 The DeKalb County Sheriff’s Office says both officers that were shot are currently hospitalized.

Police did not release details about the nature of the incident, but said the suspect “allegedly shot two sheriff’s investigators this morning as they endeavored on an arrest warrant at a residence on Wellington Circle in Lithonia, Georgia.”

It was not immediately clear what the warrant was for and the suspect’s name has not been made public.

The Dekalb County Sheriff’s Office told Fox News Wednesday morning that it had no additional information to share at this time.

Elsewhere in the U.S., two police officers in Indianapolis are currently recovering after allegedly being stabbed by a suspect in an “unprovoked attack,” police there said.