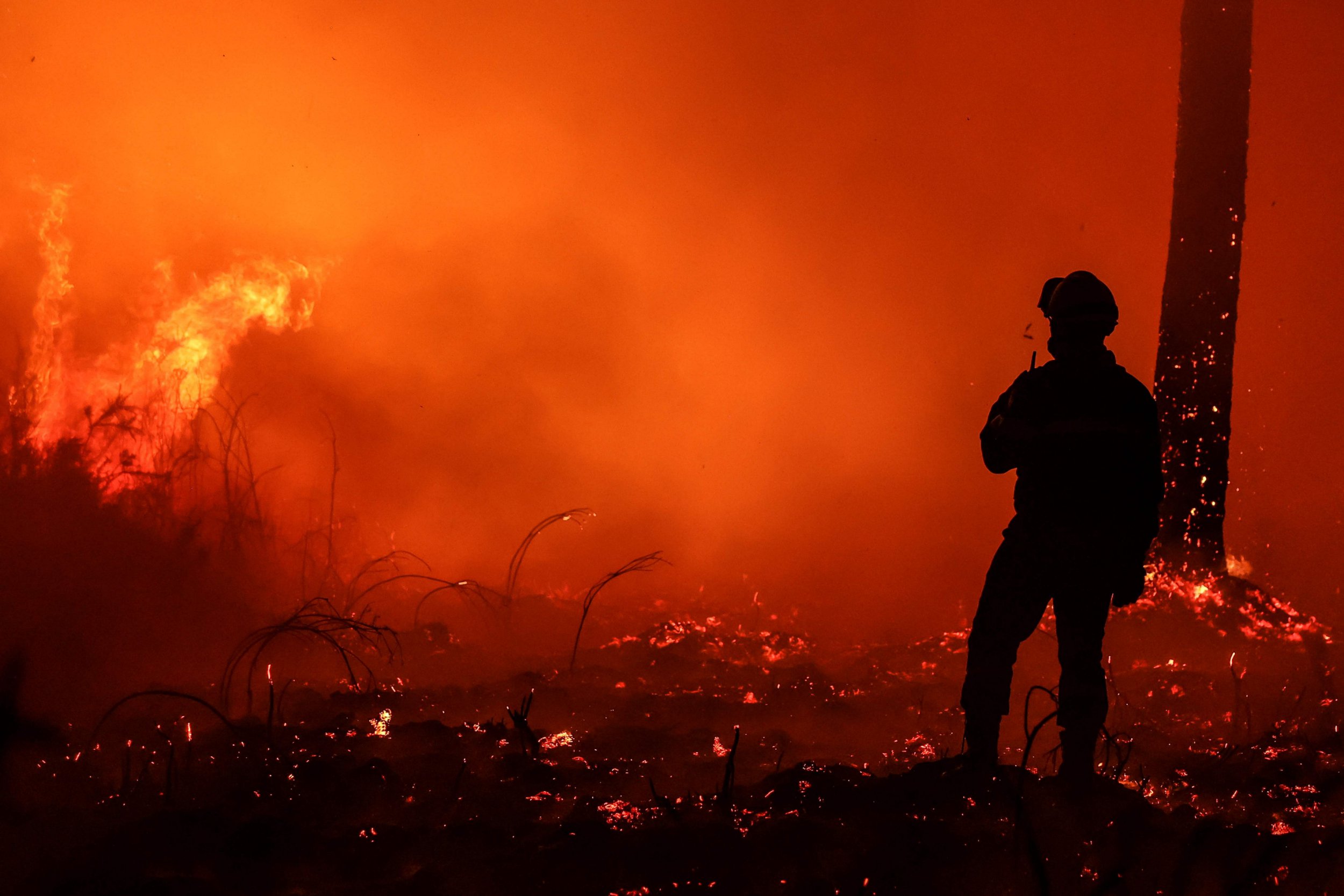 French residents say they are in a ‘living hell’ as their country burns in some of the worst wildfires it has ever seen.

At least 10,000 people have already fled their charred homes, claiming they are ‘trapped in Hades’.

France is also suffering its worst-ever water shortage, with supplies so scarce it cannot even be rationed in at least 100 communities.

French environment minister Christophe Béchu is warning it is a ‘historic’ crisis for so many householders to be without tap water at all, as fleets of vans ferry bottled water to desperate residents.

Wildfires are also raging across Europe, with a grassfire starting in Leytonstone today as tinderbox Britain boils under its second record-breaking heatwave of the summer.

Flames in the Gironde region near Bordeaux in south-western France have ripped through stretches of homes and forced the evacuation of 10,000 residents – some of whom clambered onto rooftops for safety – and devastated more than 6,800 hectares of forest.

Gregory Allione, from the French firefighters body FNSPF, today told RTL Radio: ‘I would qualify the fire in Landiras as a mega-fire. It’s an ogre, it’s a monster.’

Residents say they feel ‘damned’ after more than 57,200 hectares have gone up in flames so far in France this year – nearly six times the full-year average for 2006 to 2021.

Suffocating heat combined with no water relief is hitting masses of Europe, with Spain, Italy, Portugal and Germany also under emergency measures.

Water levels on the Rhine are critically low, causing a huge logjam for essential cargo deliveries of oil and coal to Dutch ports which could further worsen the continent’s energy crisis.

More than 1,000 firefighters, nine planes and two water bomber helicopters have been deployed to tackle the blazes across four French departments as locals described the flames sounding like a tsunami.