YouTuber Grace Victory has recalled what it was like when she woke up in hospital during her battle with Covid-19, explaining that she ‘died for five minutes’.

On Christmas Day 2020, the now-31-year-old was placed in an induced coma just a day after giving birth to her first child.

Despite being given an extremely low chance of survival by doctors, Grace announced in April this year that she was ‘fit for discharge’, tweeting: ‘The end of this hellish journey is near.’

While appearing on Good Morning Britain with her baby son Cyprus, the internet star opened up to presenters Ben Shephard and Kate Garraway about her experience, when her partner Lee Williams was told to ‘prepare for the worst’.

She recollected being woken up by the medical professionals on two occasions, the first of which ended up with her having ‘a fight with the nurses’.

‘Apparently that’s very normal, because of all the tubes in my mouth, when you wake up you’re obviously in shock,’ she said. 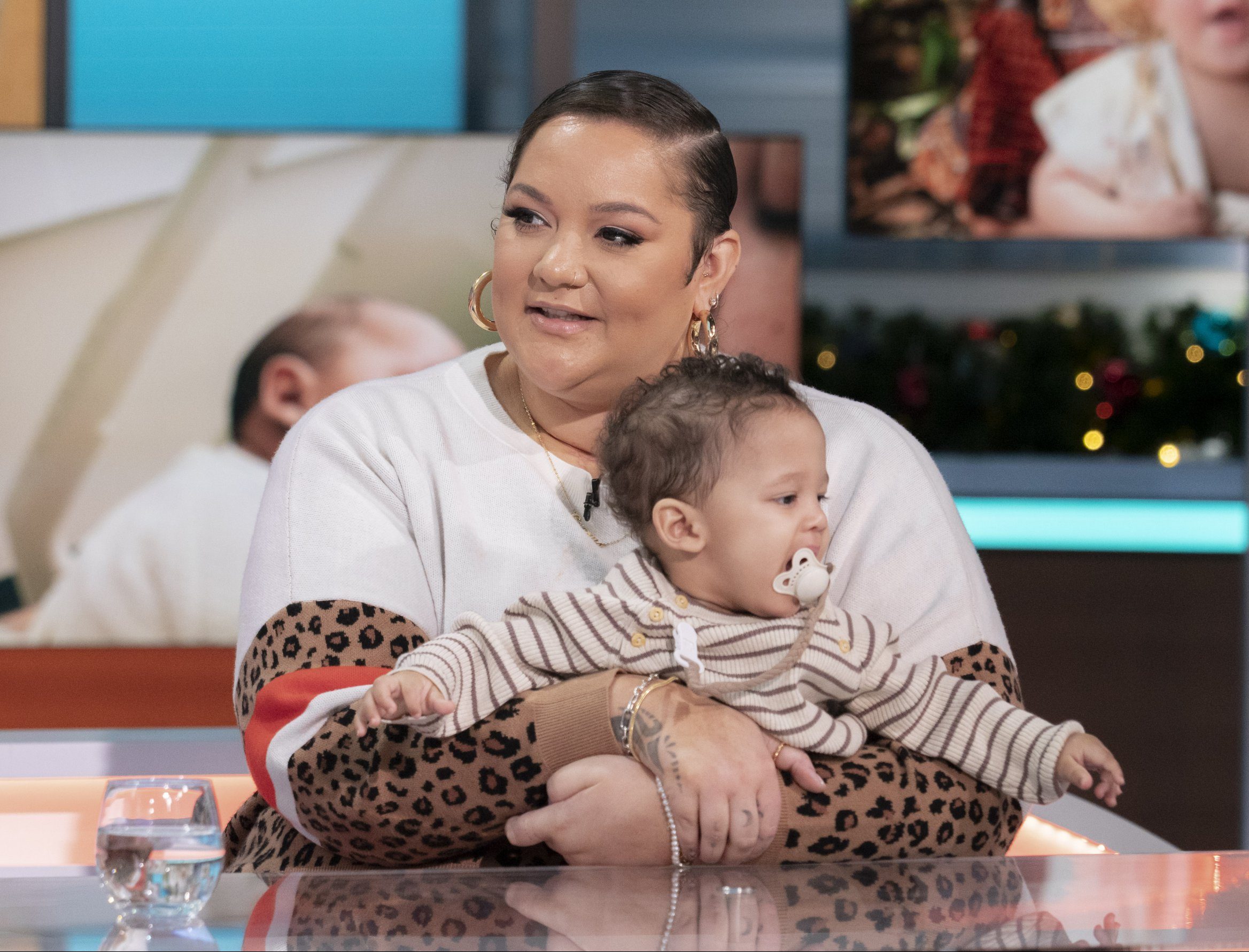 ‘So they put me back under, and then the second time, I asked for my son. And then it was then, afterwards that I went into cardiac arrest.’

After Ben mentioned how she ‘actually died’ when she went into cardiac arrest, Grace stated that she was in that state for ‘five minutes’.

‘So my partner Lee got the phone call, he’s my next of kin, and they said prepare for the worst, she probably won’t recover, and if she does she won’t be the same, cause obviously brain damage,’ she said.

‘And then I woke up and was absolutely normal and no one could believe it.’

Cyprus was a bundle of joy during the interview, making cute noises as he took in his surroundings in the ITV studio.

Several GMB viewers expressed their admiration for Grace, as well as noting how adorable Cyprus was on the programme.

‘Grace is a miracle! I’m glad she survived to tell her story. Cyprus needs more camera time,’ one person tweeted.

‘He’s a superstar just like his Mummy,’ another remarked.

In May, Grace returned home after her ‘hellish’ ordeal, sharing a simple message on Twitter that read: ‘I’m home.’

Good Morning Britain airs weekdays from 6am on ITV.