Virtual Comic-Con Alternative also features first looks at ” The Suicide Squad” and “The Batman” plus upcoming animated movies like “Batman: A Death in the Family” 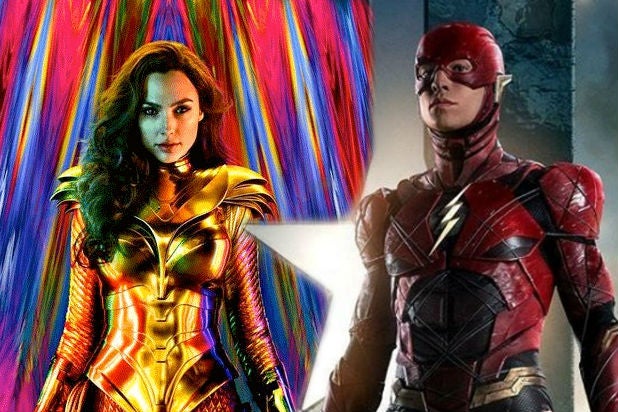 “Wonder Woman 1984” and “The Flash” will kick off the film programming portion of DC FanDome, Warner Bros.’ virtual Comic-Con alternative, the company revealed Friday with the release of the full schedule of events.

Announced in June, the inaugural installment of WB’s online fan festival — which runs for 24 straight hours starting at 10:00 AM Pacific on Saturday Aug. 22. — celebrates all of the upcoming film, television, comics and other projects based on the iconic publisher’s characters and concepts.

In addition to closer looks at “Wonder Woman 1984” and the multiverse-spanning, Michael Keaton-costarring “The Flash,” fans who tune in will also get to find out more about WB outings like James Gunn’s “The Suicide Squad,” James Wan’s “Aquaman” sequel, and Matt Reeves “The Batman,” a must-see as Reeves joins host Aisha Tyler to talk it up and treat fans to some new footage. Which makes sense, as they’ve got 7 weeks in the can with another 11 weeks of production to go (personally we’re hoping to see some of Jeffrey Wright as Commissioner Gordon).

Plus, director Zack Snyder will give fans a look at his upcoming “Snyder cut” of “Justice League in a panel featuring several special guests — our money is on Henry Cavill — while Dwayne “The Rock” Johnson is holding a Q&A with fans to talk about his upcoming New Line-produced “Black Adam,” and Zachary Levi will be talking about the upcoming sequel to the delightful cult hit “Shazam!”

And just in case you need a primer on just what that whole “multiverse” concept is all about, DC Comics chief creative officer (and comics legend in his own right) Jim Lee is heading up “Multiverse 101” in between the “WW84” and “The Flash” panels. He’ll be joined by Warner Bros. Pictures President of DC-Based Film Production Walter Hamada, and Berlanti Productions founder/DCTV mega-producer Greg Berlanti.

DC FanDome will be accessible around the world for 24 hours at the appropriately named website DCFanDome.com. All of this content will be virtually housed in six different, fully programmed areas inside the virtual DC FanDome: “Hall of Heroes” (Main Hall), DC WatchVerse, DC YouVerse, DC KidsVerse, DC InsiderVerse and DC FunVerse.

Content will be available in 10 languages including English, French, Italian, German, Spanish, Brazil Portuguese, Korean, Japanese and Chinese. Additionally, content programmed from specific countries will be in their native language.

The programming contains over 100 hours of unique content across the six areas you can visit during the event; featuring five Verses and the Hall of Heroes.

See the complete television programming here, and view the rest of the schedule on the official site here. Read on for our rundown of the must-see film panels, including upcoming animated movies, below!

Wonder Woman 1984 – Panel
Saturday, Aug 22 – 10:00 AM
Hall of Heroes
Wonder Woman 1984 stars Gal Gadot, Chris Pine, Kristen Wiig and Pedro Pascal, and director/co-writer/producer Patty Jenkins join forces with Brazilian hosts Érico Borgo and Aline Diniz to celebrate the fans in a big way. They will answer questions from fans from all over the world, talk fan art and cosplay, and reveal an all-new sneak peek at the upcoming film — plus a few more surprises!

Introducing Flash – Panel
Saturday, Aug 22 – 11:45 AM
Hall of Heroes
This 101-style conversation with The Flash filmmakers Andy Muschietti and Barbara Muschietti, star Ezra Miller and screenwriter Christina Hodson will give fans a speedy rundown on the first-ever Flash feature film.

The Suicide Squad – Panel
Saturday, Aug 22 – 12:00 PM
Hall of Heroes
What else would you expect from The Suicide Squad but the ultimate elimination game? First up, writer/director James Gunn takes on fan questions, then brings out Task Force X for a fast-paced, no-holds-barred Squad Showdown that tests every team member’s Squad knowledge — and survival skills!

Per the official description: Witness the exclusive world premiere of the latest DC Animated Movie, Deathstroke: Knights & Dragons, an R-rated action extravaganza that takes a deep dive into the backstory of one of DC’s most revered anti-heroes. Mercenary master assassin Slade Wilson leads two lives: one as the relentless killer known as Deathstroke, and the other as a dedicated family man. When these worlds collide, forced together by the vicious terror group known as H.I.V.E., it is the killer in Slade who must fight to save his loved ones, as well as what remains of himself. With his soul torn apart and his young son held captive, Deathstroke will have to atone for the sins of his past to fuel the battles of his future! Emmy® and Golden Globe® Award winner Michael Chiklis (The Shield, The Commish) headlines the cast as Slade Wilson/Deathstroke, alongside Sasha Alexander (Rizzoli & Isles) as Adeline “Addie” Kane Wilson. Deathstroke: Knights & Dragons has been produced in a dual format: Initially produced as a series of animated shorts, the feature-length Deathstroke: Knights & Dragons movie has nearly 50 minutes of never-before-seen content, including the film’s thrilling climax. Deathstroke: Knights & Dragons: The Movie arrives on Digital starting August 4, 2020, and on Blu-rayTM Combo Pack on August 18, 2020. 90 min

The Snyder Cut of Justice League – Panel
Saturday, Aug 22 – 2:45 PM
Hall of Heroes
Zack Snyder fields questions from fans and a few surprise guests as he discusses his eagerly awaited upcoming cut of the 2017 feature film and the movement that made it happen.

Black Adam – Panel
Saturday, Aug 22 – 3:00 PM
Hall of Heroes
Star of the first-ever Black Adam feature film Dwayne Johnson sets the stage for the story and tone of the new movie with a fans-first Q&A…and a few surprises.

Go behind the mask and into the deep legacy of one of DC’s most revered anti-heroes in with voice talent Sasha Alexander (Rizzoli & Isles), Chris Jai Alex (Extraction) and Griffin Puatu (Beastars) along with director Sung Jin Ahn (Niko and the Sword of Light).

Per the official description: Be among the first fans to witness the world premiere screening of Superman: Man of Tomorrow, the latest entry in the popular series of DC Universe Movies. It’s the dawn of a new age of heroes, and Metropolis has just met its first. But as Daily Planet intern Clark Kent — working alongside reporter Lois Lane — secretly wields his alien powers of flight, super-strength and X-ray vision in the battle for good, there’s even greater trouble on the horizon. Follow the budding hero as he engages in bloody battles with intergalactic bounty hunter Lobo and fights for his life to halt the attack of power-hungry alien Parasite. The world will learn about Superman — but first, he must save the world! Emmy® and Golden Globe® Award winner Darren Criss (Glee) and Emmy nominee Zachary Quinto (Star Trek, Heroes) lead a star-studded cast as the voices of Superman/Clark Kent and Lex Luthor, respectively. The cast also includes Alexandra Daddario (San Andreas) as Lois Lane, Brett Dalton (Agents of S.H.I.E.L.D.) as Parasite/Rudy Jones, Ryan Hurst (Sons of Anarchy, The Walking Dead) as Lobo, and Iké Amadi (Mass Effect 3) as Martian Manhunter. Produced by Warner Bros. Animation and DC, the feature-length animated film will be released by Warner Bros. Home Entertainment on Digital starting August 23, 2020, and on 4K Ultra HD Combo Pack and Blu-rayTM Combo Pack on September 8, 2020.

SHAZAM! – Panel
Saturday, Aug 22 – 4:30 PM
Hall of Heroes
Zac Levi and the cast can’t tell you s#&t! Sworn to secrecy on the new script for their upcoming movie, Zac and a few of his SHAZAM! castmates talk with the Philippines’ #1 DC fan, Gino Quillamor, about what the next movie might be about, while commenting on everything from panels to the other Zack’s cut — and even have a few surprise guests drop in!

The Batman – Panel
Saturday, Aug 22 – 5:30 PM
Hall of Heroes
The Batman filmmaker Matt Reeves joins host and self-professed fangirl Aisha Tyler for a discussion of the upcoming film…with a surprise (or two) for the fans! 30 min