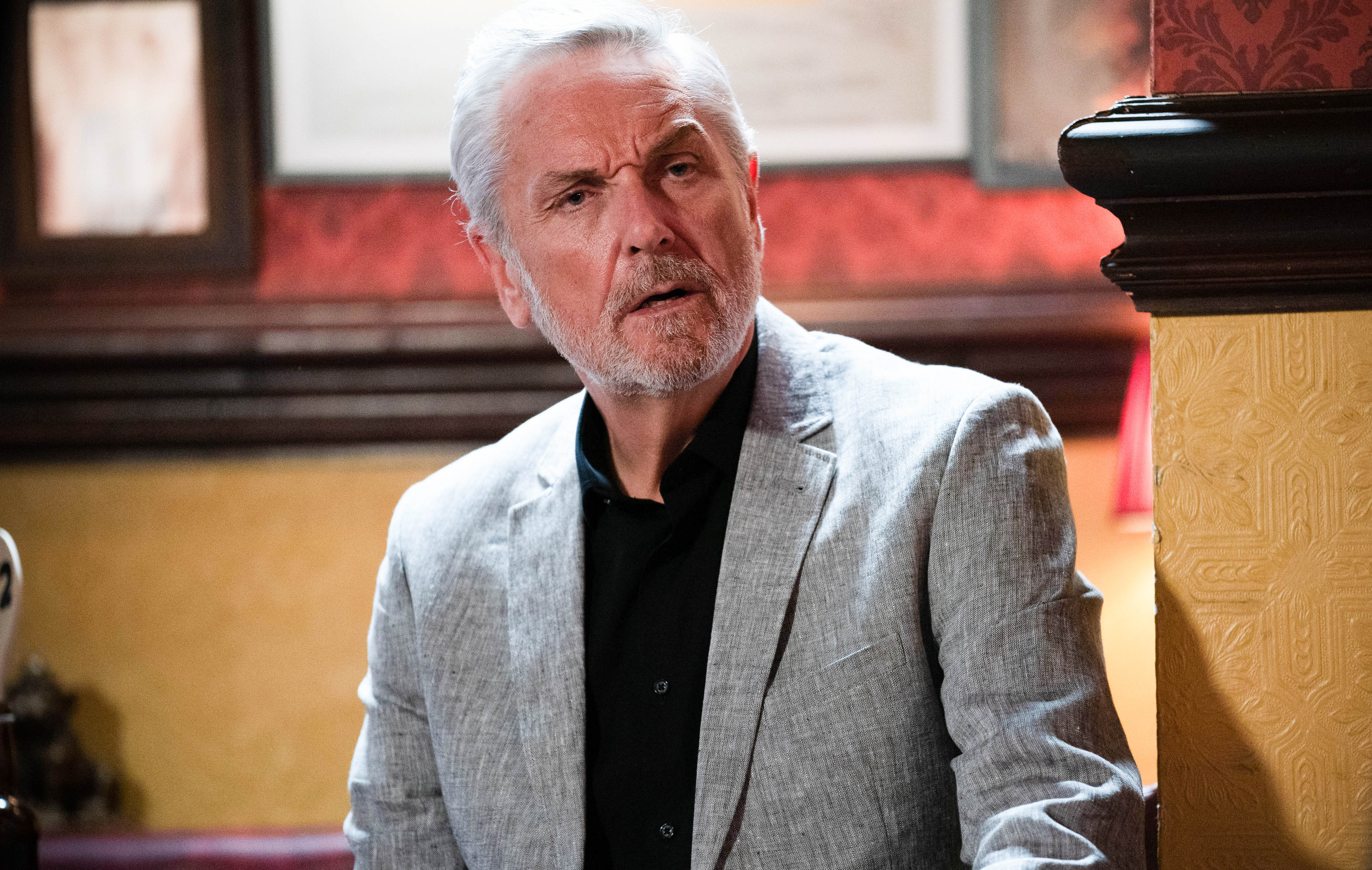 EastEnders recently stunned fans with the bombshell that newcomer Rocky (Brian Conley) is actually Tom Cotton – the uncle of Dotty (Milly Zero). Rocky is posing as the long-lost father of Sonia Fowler (Natalie Cassidy) in order to help Dotty access her inheritance.

His relationship to Dotty makes him the brother of the late Nick Cotton (John Altman), the show’s original con-artist. Yet the definitive differences between Tom and Nick are this storyline’s biggest selling point. It’s important that the soap continues to embrace these differences, rather than using the character as an opportunity to recreate history.

It would be easy for EastEnders to play on Tom’s genetic connection to Nick by giving him identical traits, but scheming aside the show has so far resisted going down this route. Instead it has established him as Rocky, the cheeky charmer following in the footsteps of Alfie Moon (Shane Richie).

It’s clear that Rocky is not the mastermind behind the plan to target Sonia, even as he goes quietly along with it all. Still, when the locals of Walford discover his identity along with his fraudulent behaviour, he is expected to be cast out.

Those who remember his wicked relative will waste no time in judging him by Nick’s standards. But at this point, there’s every chance Rocky’s conscience will allow him to make amends in the long-term, perhaps even putting a stop to the scam before it’s too late.

If he earns true acceptance from the likes of Kathy Beale (Gillian Taylforth) and other long-term residents, he might avoid being written off, enabling him to move away from the stigma of his family name.

In the meantime, we hope the weight of this ongoing secret doesn’t lead him even further astray. Soaps are known for their massive twists, so it may be tempting to deliver another by making Rocky into a clone of Nick.

EastEnders could end up unveiling his nice guy persona as a total facade, revealing it was all a convincing act to manipulate Dotty and prove who’s really in charge. But we’ve had our fill of abusive, nasty characters with the endless reign of killer Gray Atkins (as chilling as Toby-Alexander Smith is in the role).

Bringing in another evil villain anywhere near Gray’s level would be overkill while we are still awaiting his downfall. Yet it must be noted that the mystery attached to Rocky’s early presence could have taken him in a darker direction.

He showed what a troublemaker he can be by exposing Bobby Beale’s (Clay Milner Russell) past to his girlfriend’s father, and more recently lashed out violently at a man who had been deceiving Sonia. But this incident highlighted his protective instincts, which allowed us to believe in his genuine side.

As Dotty pointed out, it seems the thoughtful Rocky is almost starting to believe in the ruse himself. His enthusiasm in propelling Whitney Dean’s (Shona McGarty) singing career has seemingly also come from a good place.

These moments certainly hint towards Rocky being a multidimensional character with far more humanity than Nick ever had. The warmth of a mischievous crook like Rocky is refreshing and welcome. He’s the lovable rogue we have been missing, not a replacement bad boy.

Brian Conley’s cockney chancer is just what the soap needs more of, and we would much rather keep the Rocky we have got to know than see him trying to live up to a legacy. Let him create his own instead.

So with EastEnders putting in the groundwork to make Rocky a redeemable character with staying power, here’s hoping the show commits to the path he is currently on. He may be a Cotton, but that doesn’t mean he should become a carbon copy of notorious Nick.