NCIS’ latest series has been set both before and after the coronavirus pandemic, with the drama jumping forward to a time when social distancing was no longer an issue. But while there has been a major chunk of time missing from the CBS series, plenty has happened, including the death of a character. This unexpected revelation came out in season 18’s episode seven, The First Day.

Which NCIS character died of Covid?

NCIS fans were left in tears when it was revealed who had died of COVID-19 during the time jump.

In the opening moments of The First Day, Agent Timothy McGee (played by Sean Murray) was saying how Chief Medical Examiner Jimmy Palmer (Brian Dietzen) was doing a great job working and parenting his children on his own.

Jimmy goes on to say about when he “lost Breena”, his mum moved in to help, saying: “I called in a lifeline.”

The couple had met through work as she worked as a mortician and developed a romantic connection through their love of medical science. 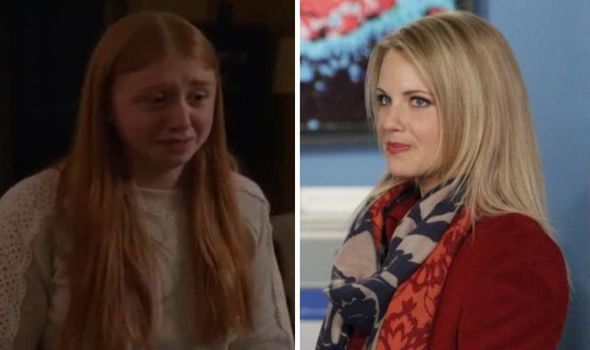 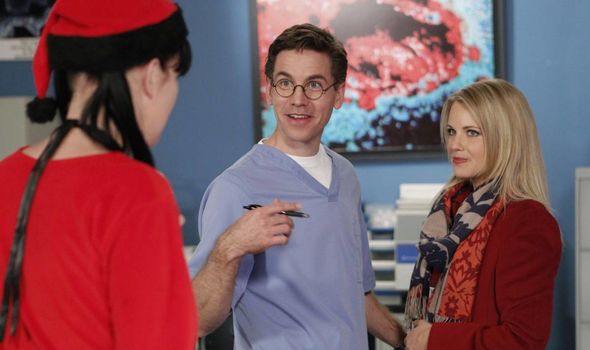 Jimmy and Breena (Michelle Pierce) got married in 2012 and went on to have daughter Victoria together.

The pair did seem to have some marital problems in season 17 as Jimmy wasn’t able to spend as much time with his wife as he would have liked because of work.

So the fact that in series 18 it is revealed Breena died of Covid makes their final few years together even more heartbreaking.

But the chief medical examiner continued to try and keep his upbeat attitude while at work. 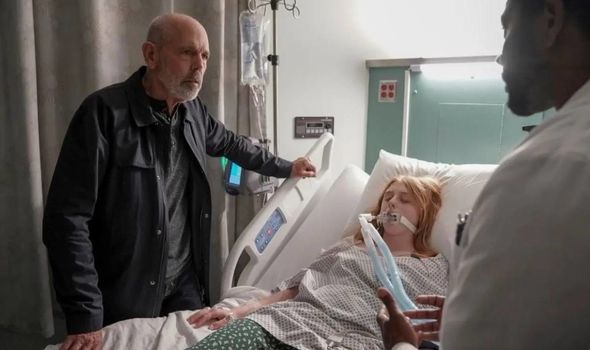 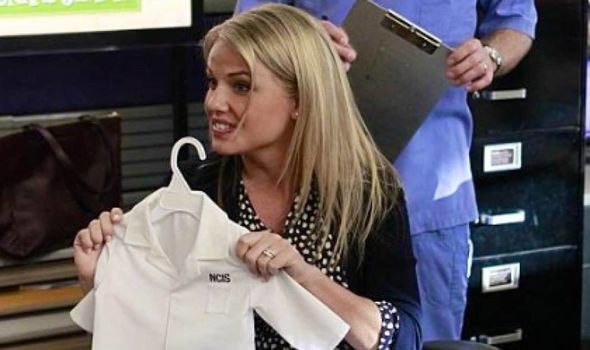 Everyone knew at NCIS knew Jimmy was struggling though, especially since they weren’t even able to hold a memorial for her.

Agent Gibbs (Mark Harmon) decided to have a private word with him though which ended with Jimmy emotionally telling his boss the last moments he had with Breena.

He also said how he wrote a letter to her that Breena would never be able to read and Gibbs consoled him with a hug.

At the end of the episode, Jimmy read the letter out loud to the rest of his team in their own makeshift memorial to Breena.

Jimmy’s wife wasn’t the only character to be killed off in season 18 either.

She had been suffering with drug addiction for years and once again overdosed in Winter Chill.

However, this time around, she wasn’t able to recover and Emily died in hospital.

Another departure in series 18 was that of forensic psychologist Jack Sloane (Maria Bello).

Thankfully, she wasn’t killed off but Jack did leave her days at NCIS behind to live in Afghanistan and help young girls who were at risk of being trafficked.

But before her and Gibbs said their final farewell, they shared a passionate kiss, proving they both had feelings for one another all along.

NCIS is available to watch on CBS.