The story of Anne Frank and the remarkable diary she kept while spending two years with her family in hiding from Nazis in Amsterdam between 1942 and 1944, and who tragically died in the Bergen-Belsen concentration camp, has been told in many forms since being published in 1947 by her father Otto Frank, the sole survivor of the immediate family. In 1956 it became a Broadway play, and famously as an Oscar winning film in 1959 from director George Stevens. There have been television shows, countless mountings of the play, and many other incarnations over the decades.

Otto Frank’s goal was always to approve all this activity for the benefit of charitable and educational institutions, and in fact that has been the guiding mantra for the Anne Frank Fonds, the foundation created to further these causes. Now with antisemitism and Holocaust denial rising around the world, fascism, racism, pro-Nazi groups popping up in pockets throughout Europe, the U.S. and across the globe, the foundation decided the time was right to reach young people and educate them on what really happened through the ever-hopeful and moving words of Anne Frank on the 75th anniversary of the publishing of her diary. In order to do that they embarked on what has been an eight year journey to bring the new animated feature Where Is Anne Frank, which premiered as part of the official selection today at the Cannes Film Festival, to the screen with Oscar nominated director Ari Folman at the helm. Clearly aimed directly at kids and families, yet not shying at all on discussing the horrors of what happened to Anne and her family, and of course millions more, this beautifully made film takes an entirely different route than previous film projects, by making the imaginary young girl Kitty, the figure Anne was addressing her diary entries to, a real person on a journey to find Anne Frank in present day Amsterdam and to learn what happened to her.

Employing sequences in the present at the Anne Frank Museum merged with the past where Kitty carries on conversations with Anne, Folman, who wrote as well as directed and among other notable past projects made the Oscar-nominated Waltz With Bashir, paints a picture that young audiences should embrace, while also weaving in the current day crisis of refugees from war torn countries just trying to survive themselves. 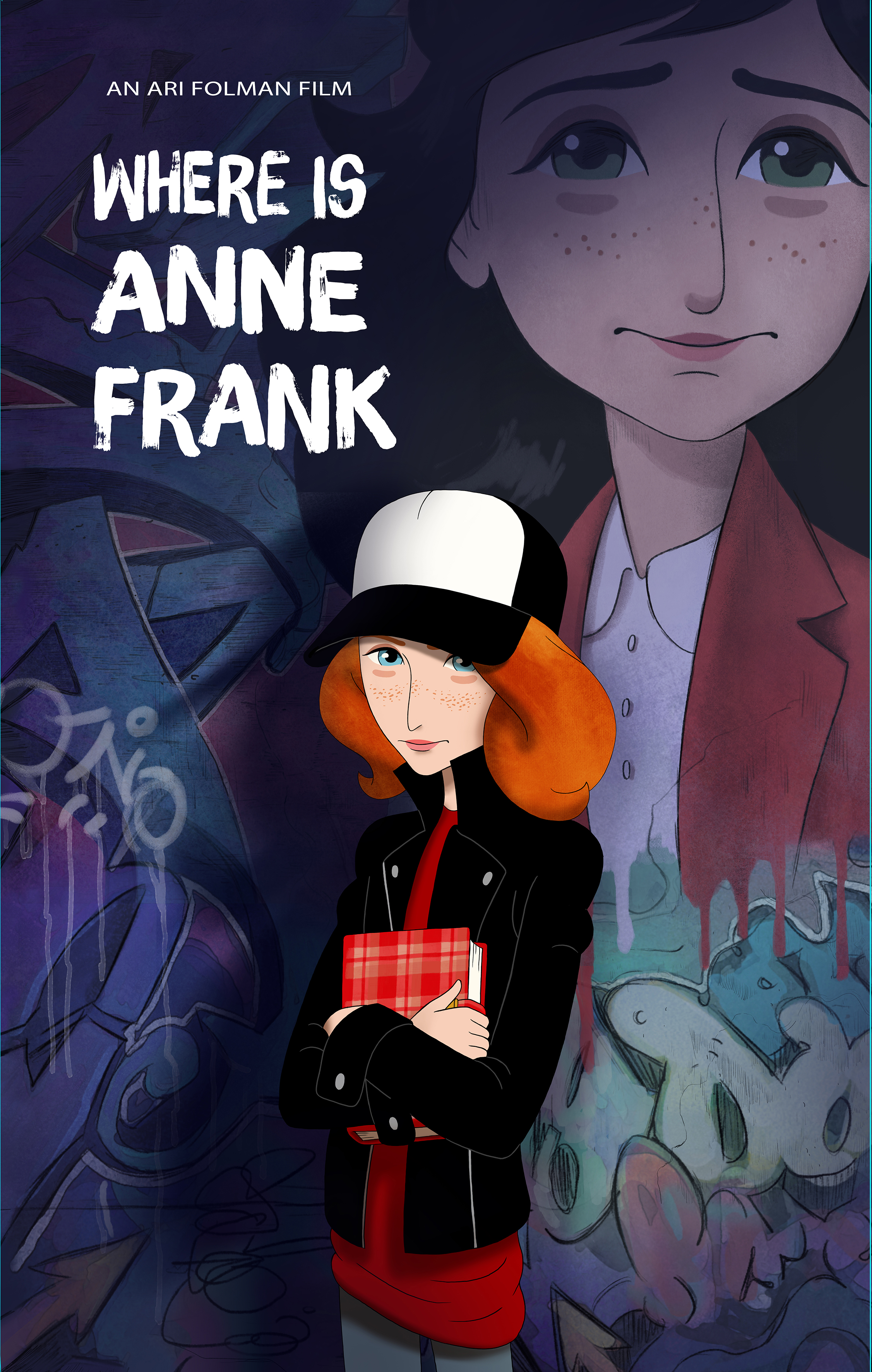 By incorporating Anne’s story and all she stood for, it renews the power and poignancy of the word, the words of an innocent 14-year-old who believed in the ultimate goodness of people, even when that belief failed her. Folman, working with animator Lena Guberman, creates a pastiche of monochrome visions of the present, yet brightly colored versions of the past meant to represent the way Anne Frank looked at the world, no matter how dire things were. An astounding 159,000  drawings from 14 countries were used in the creation of this powerful warning from the past, and its startling relation to the present. 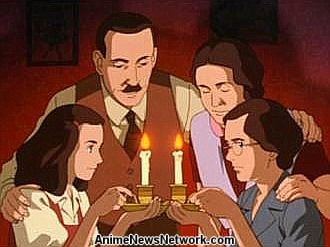 Bringing Kitty to life as an actual person in present day Amsterdam is an inspired stroke by Folman, and her relationship with friend Peter who runs a shelter for undocumented refugees brings everything full circle in order to resonate more than you could ever imagine. This isn’t just another retelling of the Anne Frank story, but rather a complete reinvention that should resonate in the hearts of the young audience at which it is aimed. Folman, who has many family members who lived through the Holocaust, is clearly aware of the pitfalls in telling this tale in animated form, and of all the ways it could have been trivialized, but with the fictional Kitty serving as a contemporary guide on a voyage of discovery herself, it somehow all works. If the target audience can gravitate to this film, it will be a very good day for humanity and, on this 75th anniversary, remembrance.