Home » TV & Movies » When They See Us on Netflix cast: Who is in the cast?

When They See Us is a new crime mini-series arriving on Netflix today, May 31. Created by Ava DuVernay, the harrowing drama focuses on the Central Park Five case in the 1989 that saw five young boys from Harlem falsely accused of a dreadful attack. So who is in the cast of When They See Us on Netflix?

Who is in the cast of When They See Us on Netflix?

The show follows the Central Park jogger case that was the subject of much media coverage in the 1980s and 1990s.

In 1989, a 28-year-old woman was attacked and raped as she jogged through New York City’s Central Park.

Moonlight actor Jharrel Jerome will be taking on the role of Korey Wise, one of the five boys falsely accused of the attack.

Just 16 years old when he accompanied his friend Yusef Salaam to his interrogation, Korey was not himself accused initially.

However, when he arrived he was subjected to the same interrogation as the other boys leading to his sentencing.

In order to prepare for portraying a real person, Jharrel told Newsnight he spent time with the Korey Wise when filming.

He said: “The second I met him, he took his chain off and put it around my neck, and he said, ‘You’re Korey Wise now.’

“That put everything into perspective for me about the kind of man he is. It’s all strength, it’s all power. He’s all bright.” 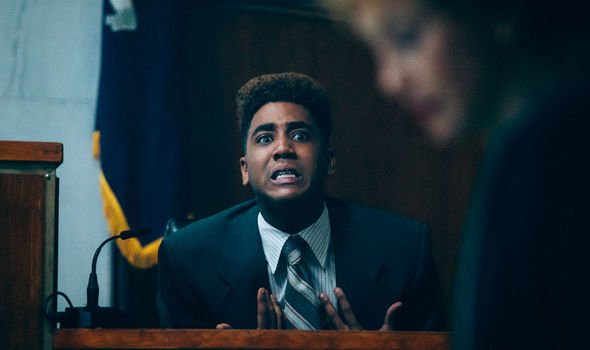 The rest of the boys are played by two different emerging actors as teenagers and adults.

Young actor Asante Blackk takes on the role of Kevin Richardson as a teen in his debut role.

Another newcomer, Justin Cunningham portrays him as an adult in just his second TV role after appearing briefly in Succession.

Caleel Harris plays the young version of Antron McCray, another of the accused boys.

Known for his roles in Nickelodeon, he has voiced a number of characters including AJ in Blaze and the Monster Machines and appearing in Think Like a Man as Duke.

Jovan Adepeo takes on the adult role, having previously appeared in HBO show The Leftovers. 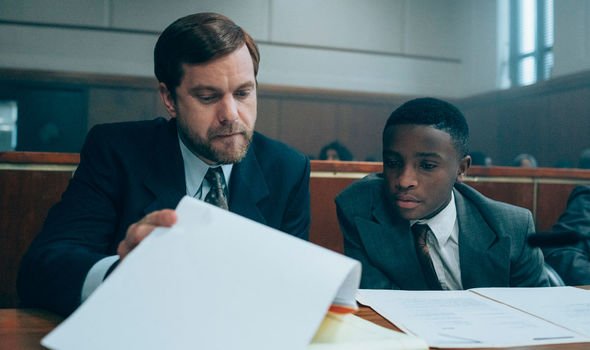 Relative newcomer Ethan Herisse has appeared in The Mindy Project and About a Boy before playing Yusef Salaam in When They See Us.

Chris Chalk plays adult Yusef after starring in popular US shows Homeland and The Newsroom.

The show also chronicles how Yusef and the other young men spent a number of years trying to prove their innocence.

Iron Fist and Chicago Fire actor Marquis Rodriguez plays the teenage Raymond Santana in When They See Us.

While relative newcomer Freddy Miyares plays him as an adult after appearing in shows like Elementary and The Code. 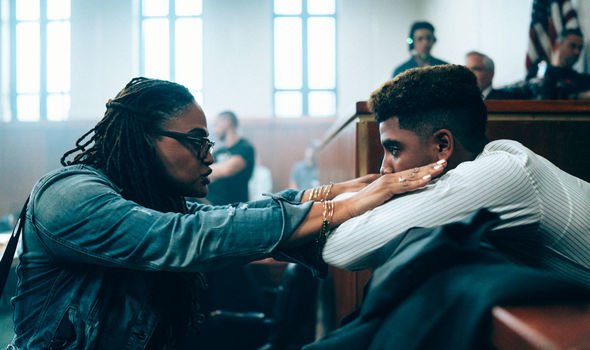 Alongside the young stars is a star-studded supporting cast include Vera Farmiga, who is known by horror fans for her roles in Bates Motel, as Elizabeth Lederer and Desperate Housewives star Felicity Huffman as prosecutor Linda Fairstein.

Other well-known names including Joshua Jackson and Famke Janssen who make an appearance as Mickey Joseph and Nancy Ryan respectively.

The miniseries will run for four episodes following the initial trial and their subsequent battle to prove their innocence.

The show is directed and co-written by DuVernay who is known for directing the hit film Selma as well as a 2016 Netflix documentary 13th, which examined the prison system of the USA.

When They See Us is available to stream on Netflix on May 31.