Home » TV & Movies » ‘We need to hear about our own heroes’: Indigenous warrior film being made

It's a film that will show the arrival of the first European settlers from an Indigenous perspective. A epic drama that Phil Noyce, who brought another seminal Aboriginal story to the screen in Rabbit Proof Fence, calls Australia's Braveheart.

A band of filmmakers – two based in Los Angeles – and Indigenous elders have spent a week in a western Sydney hotel next to the Blacktown drive-in theatre planning a bio-pic of the Indigenous warrior Pemulwuy. 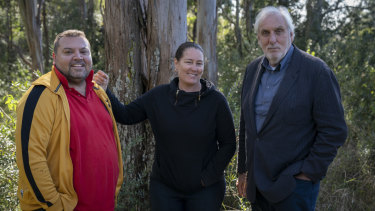 A member of the Bidjigal clan who was considered a "cleverman" – with supernatural powers – he is revered in the Indigenous community for leading the opposition to the British taking over traditional hunting grounds from the early years of the colony until he was shot dead in 1802.

When Pemulwuy's skull was dispatched to Britain, Governor King that called him "a brave and independent character" who had been "a terrible pest" to the new colony.

In a break from discussing the script, descendant and actor Richard Green was near tears as he described Pemulwuy as a spiritual hero.

"The whole country needs to hear this story," he said. "We don't need Iron Man and Superman. We need to hear about our own heroes." 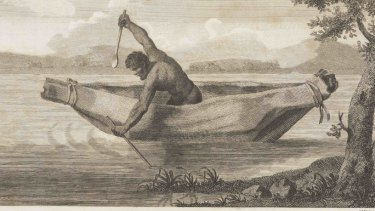 An engraving by Samuel John Neele of James Grant’s image of ‘Pimbloy’ that is reputedly the only known depiction of Pemulwuy. Credit:State Library of NSW

Noyce, who came back from Los Angeles to meet the elders and work on the script, wants the film to be a celebration of Indigenous culture.

"This is a story I've wanted to tell for 50 years, since I first started making movies," he said. "The story of first contact is the beginning of Australia as we know it.

"We're going to try to recreate the glory of Indigenous culture in the Sydney at five minutes to midnight – just before Europeans arrived."

Noyce believes audiences will be surprised at the sophistication of the Aboriginal population.

"It was a rich culture with rich ceremonies, clothing and rituals – completely different to the image of Aborigines that we've inherited from the centre of Australia where first contact occurred last," he said.

As executive producer, Noyce will support Indigenous director Catriona McKenzie, who was best known for the film Satellite Boy before she went to Los Angeles to work on such series as Billions, Supernatural and soon How To Get Away With Murder. 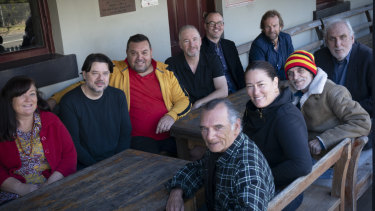 "I have a 10-year-old son and I am very passionate about him being told the truth of this country so that he can stand up straight as a young Aboriginal boy and say 'it was never terra nullius, it was always a robust culture'," she said.  "[I want him to] be proud that this warrior fought for his country in an elevated, smart, beautiful way.

"But for everyone in this country – black, white and brindle – it's important to tell these stories and get the truth out there."

McKenzie has relished sitting down with Pemulwuy's descendants, drawing out stories passed down through their oral tradition and learning about his culture, ceremonies and rituals.

"We're on country here for Pemulwuy," she said. "I want to hear what they say and test what I think to make sure everything is culturally straight."

Pastoralist and businessman Mathew Walker has funded the development of the film, assembling a team that includes writers Reg Cribb (Last Cab To Darwin) and Jon Bell (Redfern Now, Cleverman) and producers Andrew Dillon and Ian Sutherland, after learning about Pemulwuy from a documentary.

"I was riveted and somewhat shocked and embarrassed and angered so I began to educate myself," he said. "It's a remarkable story about a remarkable life."

The plan is to shoot the film in a year in Indigenous language, casting key roles out of Aboriginal communities around the country.

And as well as bringing a little-known story to the screen, the filmmakers hope it will finally encourage Pemulwuy's skull to be returned from Britain.